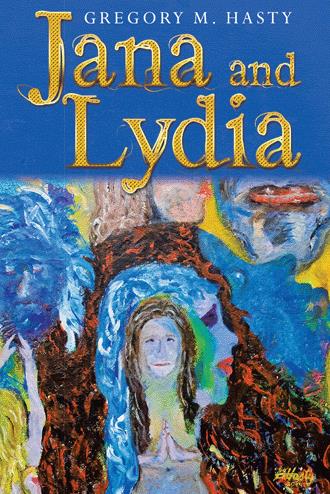 The van shot southward on Highway 10 maintaining a constant speed within the limits of the law.  The girls were resting face first on the floor bouncing with each jar in the road while the men sat silently looking down at the two.  Jana's short dress lifted earlier by the second man's intrusion left her cheeks partially exposed in full view for all to marvel.  A puddle of saliva pooled by Lydia's mouth as she laid unconscious, her mouth open with slow, irregular breaths.  The three men broke open bottles of Modelo from the case that was purchased earlier and celebrated their conquest clinking their bottles together over the unconscious girls.  They would be well paid for this acquisition, both in cash and pleasure, their collective thoughts were, the payoff can't come too soon.  In the four strong arms' eyes, the big pay day would be with the girls, not the cash, money was plentiful and there was an unending source at their disposal.  But the girls...well these two were special.  They were matured and fully developed unlike some of the younger ones they'd picked up in the past.  Beautiful, tanned and shapely, bursting into womanhood, but still innocent and unused.  This is what aroused the men as they marveled at the scene laying at their feet.  After being on the highway for nearly two hours they were nearing Tucson.  Their path would lead them further south, their destination Nogales where Raul's operation was headquartered.

Best friends Jana and Lydia hit the town in Phoenix for their first experience at a bar. The underage teenagers gain access to the Raining Nails Club and meet some guys, but circumstances quickly get out of control when they slink out to the parking lot. The situation comes unglued after Jana is confronted by an over aggressive young professional leading to a fierce struggle.

In the midst of the fracas, Lydia comes to her aid, and a mysterious stranger enters the scene. Before the naive young ladies realize what’s unfolding, they’re kidnapped and taken to Nogales and forced into a sex trafficking ring. The parents of the two girls launch an investigation after their reliable daughters miss curfew and enlist the help of Lieutenant Tatum of Phoenix Missing Persons. A national manhunt commences pressuring Tatum to unravel their baffling disappearance.

Once in Nogales, the two young ladies are pitted against one another by their Cartel captors, resulting in both devising separate plans of escape. How far would the girls go to risk their lives and gain freedom? Follow this hair-raising tale of sleuth, risk and peril as the girls battle hardened, cartel operatives in a showdown involving sex, resourcefulness and cunning.

Gregory M. Hasty is a fifth-generation Texan raised in Dallas and enjoyed a forty year career in banking. Mr. Hasty developed a penchant for journalism in high school, then at Texas Tech, and wrote for The University Daily, American Dawn Magazine and Lit Monthly Magazine. He was a DJ and music director for KSEL-FM in Lubbock prior to entering the financial services industry. Mr. Hasty has written other fiction entitled Unsettled Business and his latest, Woodstuck.