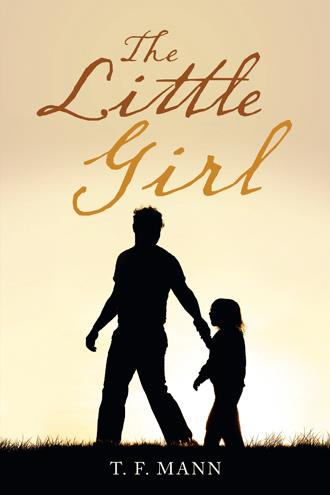 Tedesco watched her face to see if he could figure out what was going on. As he focused in, an uneasy feeling overcame him. He knew what the look on her face revealed--fear. “What the hell?” he said while putting the camera strap around his neck. He watched as Durst entered the room again holding a small rectangular box. Raising his camera, he quickly tried to focus on the box just as the lights went out. “Shit! Tell me this isn’t bad,” Tedesco said as he moved out of the woods and walked as fast as he could to get a better view. He stood beside a large Oak tree and looked into the darkened room. He could barely see Durst on the bed wrapping something around her head. “Damn!” Tedesco said as he limped up close to one side of the room. He cupped his hands around his face as he peered into the glass and saw her legs rapidly moving and her arms extended up, trying to reach Durst as he sat straddling her. His hands were on her face. Within seconds, her arms dropped and her legs slowly writhed below him. Durst remained on top of her, his hands clutching her face. Realizing what was happening, Tedesco ran as fast as he could to the side entrance, the whole time repeating, “Oh God.” The side door was locked and he fumbled for the keys in his pocket as he panted to catch his breath. His hands moved in an uncoordinated fashion as he rushed, but finally wisked them out to search for the key Mrs. Durst had given him. Once he found it, he began trying to fit it in the keyhole, all the while saying, “What am I doing, what am I doing!” As these words left his mouth, the door unlocked and he stepped into the home. Immediately he heard a distant sound coming from the back of the home. As he headed towards the sound, his leg brace squeaked louder than he had ever heard it before. He thought about a plan of action if Durst had a gun and realized he couldn’t come up with one. With that, an unsettling thought came to him--you could get killed. Upon entering the hall leading to the bedroom, the sound of Pucini’s La Boheme filled the air, but was suddenly interrupted by Durst’s disturbed voice, “Who’s there? You stop or I’ll shoot!” “Please don’t shoot, I’m...I’m unarmed,” Tedesco yelled and then continued, hoping to buy some time, “I’m unarmed.” Durst continued to wail in anguish. Tedesco searched the walls in the dark hallway to find a light switch. His right hand, moist with sweat, slid easily along the wall until he felt a switch and on came the light. From where he stood, a portion of the bed could be seen. Part of the mistress’ arm and leg were easily seen, but were not moving. Durst was sitting on the side of the bed with his arms folded across his knees holding a pistol in his right hand. He looked up at Tedesco’s awkward appearance and mumbled, “I don’t know you, but I’m sure you’ve been paid to watch me, right? Well, you’re gonna like to watch this.” Tedesco wanted to move or say something, but could not. He just stood there looking at Durst as if paralyzed. It seemed as though he could no longer feel his own body. It was no matter though, for his muscles no longer listened to the inner commands that demanded he run -- run far away. He could only feel the sweat as it ran from every pore. “It doesn’t matter now. I’ve been dead for years,” Durst moaned. There was a long pause as Durst sat staring down at his gun. Again the operatic piece filled the air. He looked over at the stereo, then at the body on the bed, and cried, “Why did she do this to me? My little girl...hates me. This will add clarity to the confusion.” Durst raised the gun to his mouth, but withdrew the gun and pointed it at Tedesco. As Tedesco tried to move, he slipped and fell backwards. As he lifted himself up onto his elbows, he noted the gun was still pointing his way. Durst was looking directly at him, but Tedesco could tell that he was staring through him. “I’m not going to shoot you. The enemy is not in here, it’s out there,” he said, waving his gun towards the window. He laughed with a rhythm borne of confusion and nurtured by chaos. Suddenly, a serious look fell over his face and he said, “I just want you to deliver a message to Kate,” he pointed his gun at Tedesco, “Tell her I’m sorry and that I love her, very much.” With that, he lifted the gun to his mouth. “Wait...who’s...” Tedesco searched for more words, but the thunder from the barrel of the gun silenced him. As the ringing in his ears subsided, a woman’s voice soared with an aria that disregarded the tragedy Tedesco just witnessed.

Nigel Delphian was a poor misfit without direction when he surprised everyone around him and joined the navy. As he embarked on his new adventure, Nigel had no idea that his decision would place him on a path he never expected. Within a year of enlisting, Nigel became an otolaryngology technician who witnessed the medical field through the eyes of a keen observer. It was that interaction that spawned a dream within him to become a doctor. After completing his duty, Nigel set out on a transformative journey working three jobs to put himself through college and ultimately gain acceptance into medical school. But when his girlfriend became pregnant and he eventually became a single parent of his young daughter, Abigail, Nigel’s life forever changed. Instead of attending study groups and student parties, he found himself at birthday parties as a single father doing his best to fit in. Would his dreams slowly drift away or would Nigel find a way to make his professional aspirations become a reality despite his personal challenges? The Little Girl is the true story of a young man’s quest to fulfill his dream of becoming a doctor while juggling the duties of single fatherhood.

T. F. Mann is a spine physician who has always loved writing in many forms. His first book, The Little Girl, was inspired by his experiences after gaining custody of his young daughter while attending college. Today, he lives and practices medicine in South Carolina where he enjoys spending time outdoors and with his family.