Between Here and There

by B. David Cisneros 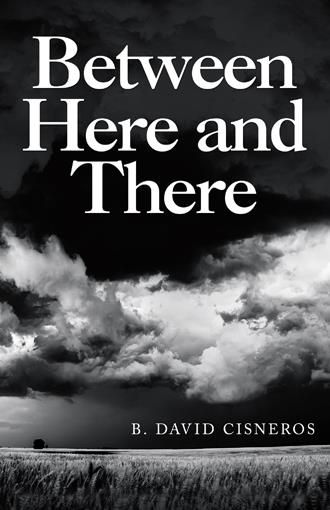 A little boy awoke from a strange dream.
Moonlight glowed softly inside his bedroom while the stillness of night prevailed.
“Who were they?” he wondered while searching for clues on the dark canvas above him.
He dreamed about a gathering, with people that he’d known and loved. And he was telling them goodbye because he would soon be leaving them all – forever. Yet, he didn’t recognize any of them, and for some reason, leaving them didn’t bother him in the dream. Though it saddened him now as he lay hidden underneath his covers.
He fought to hold back his tears.
“Don’t be sad,” the voice inside him instructed, “You will see them again.”
“When?” he asked.
“Soon,” the voice softly assured.
The voice had often spoken to the little boy when he was confused or felt empty. But their conversations were usually short.
“I’m you,” the voice would sometimes try to explain, and hearing this terrified the little boy.
Before the voice could say more, the little boy did his best to hide from it. “Just go back to sleep,” he told himself. “It was a stupid dream,” and he rolled to his side, closed his eyes, and pulled the covers in tight.
And eventually, the little boy drifted back to sleep.
The following afternoon, the little boy arrived at his grandmother’s house and was dressed in his best clothes.
Strangers were also there.
His grandmother had but one grandchild, and she’d always given him her undivided attention. But today was different. Today, he seemed to be competing for her attention – and he was losing. So, he decided to stay as close to her as he could, to win back what he’d lost. He sat quietly beside her, on the beige-colored couch covered in clear plastic and held her hand.

This is the inspiring story of a softhearted boy who wants nothing more than to find his place in the world. Raised in a troubled home by parents he didn’t ask for; he has a strange feeling his life is being shaped by something—or someone. Not knowing what else to do, he runs away to go searching for answers. Along the way, he’s introduced to a shaman who guides him through a vision quest. What happens next is his journey of self-discovery, of learning to trust, of finding out what happens when we die.

Through the boy’s eyes, we rediscover that sparkling and often fleeting moment from our childhood—when we realize that we are all just spiritual beings learning to be human in this world.

Between Here and There is the modern-day telling of the hero’s journey but offered in a way that blends spirituality and technology never before told. It takes us from questioning our very existence to remembering we already knew the answer.

Between Here and There is a story that begins where it ends.

A Silicon Valley fugitive, B. David Cisneros spent decades working in the tech and gaming industries, connecting the corporate world with his spirituality. Not a religious man, he devoted his life surfing up and down California’s coastlines, searching for the perfect wave, where he always found his faith. Nowadays, David lives in the high desert, teaches at the University of Nevada, Reno, and spends his free time coaching competitive youth soccer, listening to old school rock, sipping fine tequila, and laughing with friends and family. And he’s still searching for that perfect wave.