A Primer for White People 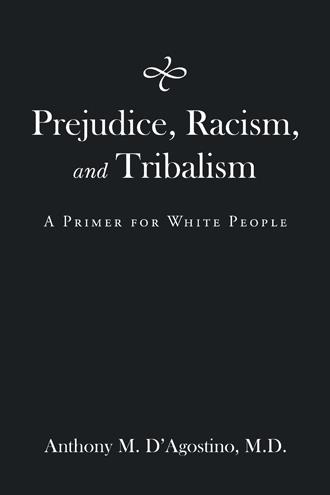 One hears frequently through one media outlet or another about the sorry state of race relations and that Americans need to engage one another in a “conversation about race.” It’s puzzling to me what that means we should be doing exactly. Haven’t we been having that conversation for the past few centuries? Those who make these statements do it in such a way as to imply that the listener knows what they mean. Like myself, there are probably more than a few who are unclear on the specifics necessary for such a conversation and how we might go about it.

Is the goal of these conversations the improvement of inter-racial harmony and understanding. Do we actually WANT inter-racial harmony and understanding, or is there benefit in racial and ethnic misunderstanding? As far as I can see, these conversations often seem to do no more than simply reinforce our existing attitudes and prejudices. Are these conversations already being conducted in books and magazine articles, in classrooms and in corporate seminars, on the internet and on TV talk shows? Are these helping? My uninformed opinion is that they probably do help, although they also provoke a degree of defensiveness, especially among white Americans and on conservative media outlets. From what I’ve seen, the internet is the prime vehicle giving voice to the most radical voices supporting acrimony and division. Since more Americans get their news today from Facebook than traditional news sources, and Facebook takes no responsibility for the accuracy of whatever appears on its platform, reality becomes whatever one wants it to be.
Is “white privilege” in America the offspring of institutional and systemic racism, and if so, is this the core of the problem that should be addressed? If whites can somehow be convinced to give it up (or have it forcibly wrested from us) would the problem somehow move closer to resolution? As a white person, how would I go about divesting myself of my white privilege? If I have such a thing, why would I WANT to give it up if by simply being white I get to go home with all the privileges? That would seem like an un-natural behavior for any normal human being. Is there precedent for this sort of thing?

And where do “brown” people fit in this discussion? Who are the brown people and how shall we understand their problem? Why should we want to understand their problem? Are Chinese or Japanese people “brown?” As I see the present conversation, a brown person is anyone on the planet who is neither black of African origin nor white of European origin. In America we seem to prefer the color-chart method for characterizing racial and ethnic differences. “Brown” includes many people who have very different racial characteristics. These groups are now lumped into a single group who refer to themselves as “brown” or “of color,” which has become a synonym for “not a white person.” Why don’t we just describe them as “non-whites?”

Commonly used words in this conversation are “racism” and “racist.” Who are the racists and what does it mean to be a racist? To some extent it has some of the cultural force of the “N” word although we can say or spell it out, which is not the case with the “N” word which only black people are allowed to say or spell out. Why is that? Technically, anyone can be a racist but in practice (in America) only white people can be racists based on a power definition of racism I will actually be recommending later. Are ALL white people racists? By its most inclusive definition, anyone of any race who hates or dislikes most or all the members of any other race could be eligible for the title of “racist.” By this broad definition, there are lots of racists in the world including many “people of color.” That’s why, for this monograph, I’m going to suggest a more narrow definition.

Do racists know that they’re racists? My guess would be not usually. In today’s political climate (2021) perhaps some would be willing to say they are since a recent U.S. President has been supportive toward those exhibiting traditionally-defined racist behaviors, but I still believe the majority of white citizens would, and do, strongly object to the label. They can actually get pretty testy about it. Writer Robin DiAngelo calls it “white fragility” (Chapter Two). They see the word as pejorative and demeaning and, like the “N” word, puts the recipient in a box with a long list of other very negative characteristics and qualities that the person may not possess. If someone called you a racist, would you take it as a neutrally descriptive term? Maybe we should call it the “R” word. In labeling someone with the “R” word, can we actually expect the recipient of that label to somehow behave differently or to somehow give up their racist ways? I wouldn’t think so.

Am I a racist? How do I answer such a question? Is having prejudices the same as being a racist? We need a more useful definition. If the two words are synonyms for one another, then I know of no one of any color, including myself, who is NOT a racist. In psychiatric treatment (did I say I’m a psychiatrist?), when trying to understand a person’s motivations and emotionally important belief systems, the psychoanalytic term “overdetermined” is sometimes invoked. This simply means, not surprisingly, that complex human beliefs, motivations, and behaviors are most likely determined by multiple influences. We just choose to deal with one at a time.

We hear it all the time: Americans need to have a conversation about race. But as far as Anthony M. D’Agostino, M.D., can tell, these conversations usually just reinforce our existing attitudes and prejudices. Is it actually possible for white people to have fruitful conversations with each other about prejudice and race? His answer: a definite maybe.

In Prejudice, Racism, Tribalism: A Primer for White People, he offers a discussion of these beliefs and attitudes from the point of view of a prejudice-prone white person. He writes how these terms are similar and how they are different. Consider questions such as:

• Who are victims of racism and why should we care?
• Who benefits from tribal prejudices and why are they so enduring?
• How do our prejudices influence our social and political opinions?
• Just what is “white privilege” and why would I want to lose it?

The author also examines topics such as attitudes about immigration, language, and other prejudices of white people about religion, women, Hispanics, and politics.