On Becoming a School Principal 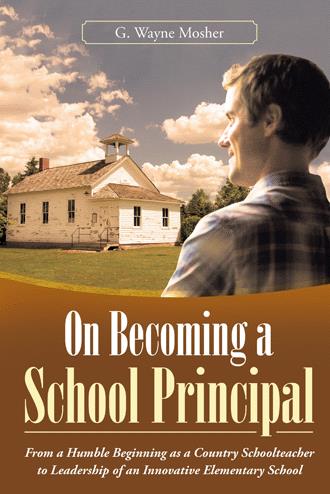 Richard began to describe the kind of school he hoped Highcroft would become. In general terms, it was his institutional plan for the new school. Teachers were exposed to it during interviews and now as a starting point for the entire staff as planning began. Everyone gave close attention to his lengthy introduction.
“Today, we and our children face a world that changes each second, a world that will make unknown demands on our children. The only way we can honestly prepare them to live in and cope with that world is to provide them with the basic tools. Our pupils will learn how to learn. They will not only know how to read, they will want to read. They will not only know how to compute, they will understand the system of computation and be able to apply it to all kinds of problem solving situations. They will not only know how to write, spell and punctuate, they will know how to communicate—to reach out to their fellow man and talk to him, and listen to him and try to understand him. Our pupils will respect human differences; they will appreciate and value those differences. Today as we see the world shrink to the point where anything that happens affects all of us, it is important that our children learn to value the diversity of mankind. We can only ask our children to respect differences in others if we respect their own differences. We cannot treat our children as numbers on achievement curves and then ask them to be positive, constructive individuals. We cannot separate the classroom from the world and then expect our children to apply what they have learned to their lives. Our pupils will become self- directed human beings. They will internalize a value system that is human and humane, and they will act in concert with that system throughout life. (Meeting minutes, 1/23/78)
It was an astonishing oration of beliefs, values and goals. Everyone was attentive and some took notes. Richard’s presentation had the solemnity of a church service. His remarks were presented in a slow, clear cadence in a style reminiscent of a country preacher delivering a sermon. He was relaxed, his voice somewhat folksy, with just a hint of an accent, typical of rural folks in northeast Missouri farm country. His opening salvo covered a lot of ground about the role of education as preparation for life, including respect for diversity, a positive work ethic, and the need for teachers to respect students. Teaching is not a sterile activity without connection to the world. Richard’s ultimate goal was to prepare students for life in a complex world. However, in the main his remarks were an expression of the Highcroft Ridge formal doctrine summarized in Figure 4. Elements of the doctrine also connected with values teachers have for nurturing children. As the meeting progressed, Richard paused to express his excitement about the journey they were about to begin saying, “It’s a moment I have been preparing for all my life.”

On Becoming a School Principal originated as a study of a new open space elementary school and how it engaged faculty and staff in designing programs and procedures.
Monthly planning sessions focused on the development of a school culture devoted to developing “good persons” within an atmosphere of cooperative teaching and collaboration. Considerable attention was focused on the principal and his history as a one room country schoolteacher at age seventeen.
In recent history, public education has become highly politicized, with reforms focusing on test results as a measure of progress. With each new administration, the nation has taken on a new mantra, but the reforms have not significantly improved achievement.
This book was written in the spirit of John Dewey and his advocacy for school-based research initiatives designed and implemented by practitioners. It is meant for educators and parents who want to help schools be the best that they can be.
The narrative examines how one man rose from humble beginnings to lead a new, innovative school. It is an ethnography of a school principal and a group of teachers in the act of doing good things for children.

G. Wayne Mosher is a native Missourian. He attended Truman State University where he earned a bachelor’s degree in biology and education. His master’s degree in biology and science education leadership was from the University of Northern Iowa. The Ph.D. in education leadership was awarded by Washington University in St. Louis. A life long educator, he was a high school biology teacher and science department leader, and also served as Director of the St. Louis Metropolitan Teacher Center, a staff development agency under the auspices of the United States Department of Education. He has published several papers based on his research in plant physiology and education leadership. Now retired he and his wife live near St. Louis.