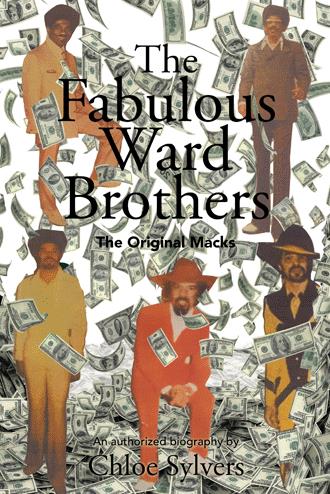 The Fabulous Ward Brothers were five brothers born and raised in Alabama to a religious church going family.

They moved to California and became the biggest pimps and macks that California and most of the U.S. had ever seen. During their reign they had it all. They lived in million dollar homes and droves custom made cars. . They were in a Hollywood movie, their circle of friends included A-1 superstar celebrities, sport players, politicians, and top underworld figures.

They set the standard and ruled the mack game. In 1972 Frank Ward was murdered and his death left a void in their brotherhood. Although they continued to live that lifestyle one by one each brother was redeemed by the Lord.

The life story of the five Ward brothers Drew, Charles, Willie, Frank and Ted who emerged from the cotton fields of Alabama to pimping and macking then to turning their lives over to God.

Chloe is a native of Oakland, CA she is a natural historian who’s interests are in all aspects of the world and her love of writing is sharing stories so that they’re not lost in time. She is also a motivational speaker who encourages people to seek their higher purpose in life especially women and children. Chloe’s motto is “That I can do all things through Christ” and sharing with others that “You can come back from anything”.

To learn more about Chloe