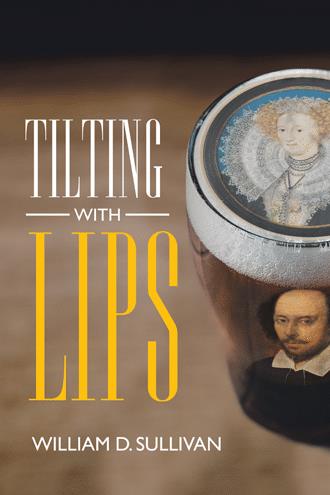 “Well done, David. I have no reservations you will die offstage some day. You deserve it.” It was Taft’s turn to smile. “I don’t think I could have illustrated my point any more clearly than you did. Figure out what matters, boys, and try to keep hold of it. This is for you, Mr. Keating. I’ve been hoping to cross paths with you for a few days now.” Taft removed a blank white envelope from the back pocket of his twill khakis and handed it across the table. “If you would be so kind, I’d prefer you open it tomorrow.” Taft looked down at the draught in his hand and his smile vanished. “Only half empty.” “You could say…” started Shaunessy. “Don’t,” replied the professor, cutting Riley off. And with that, he walked back to his stool passing a double fisting Declan. “You catch that, Dec?” said Smith “I caught enough.” Kelly responded. “Any idea what it was all about?” “None. Seemed the same as every other day.“ Smith, Riley and Keating stared at Declan, and as is often the case with bartenders, he was expected to solve their problem. Connelly fixated on no discernible point of interest across the table and felt something in his stomach he could have been defined as hunger, hangover, or perhaps, regret. Jack Taft stacked Coriolanus on top of his journal and placed them both in his shoulder bag. Dropping twelve dollars on the bar, he walked out of the pub without anyone initially noticing. “Guy’s been coming here, what, ten years, Dec? Just walks over and starts yelling at us.” “More like twenty,” said Declan Kelly. It was then that Keating’s eyes moved from Kelly, to the envelope in his hand; and finally, back across the bar. Now all five men looked toward the empty stool near the entrance. “Did he leave?” In the hot July sunlight, Jack stood next to the driver’s side door of his car and gingerly placed his leather bag on the roof. He felt much older than he did just five minutes earlier as he released an elongated sigh into the sticky summer air, and in that depressing breath of weakness, he acted his age. The pistol he owned for thirty-six years and never fired felt heavy in his hand when he removed it from the bag. It felt heavy. That heavy feeling, and a Moor from Venice, were his last thoughts before he pulled back on the hammer and set the pistol against his temple. For just a moment, the most important moment, not everything looked like a nail. “Wait and see,” the professor muttered before gathering his bag off the roof and sliding into the car. None of the confused men in the bar would ever see Jack Taft again. “What the hell?” Keating wondered. “Who knows, kid? Open the envelope.” Keating half-heartedly contemplated waiting a day as Taft asked, but instead tore away the top portion of the envelope. He noticed his hands moving at a slow and foreign pace. When his awkward effort finally pried the envelope open a single silver key spilled onto the table, but he ignored the clang of the metal. The black and white photo Keating held gingerly in his hand lacked the treasure map feel the men expected, and none of them had ever been so irrefutably wrong. Keating moved the picture into the light above his head squinting as confusion pinned clarity in a one-sided neurological wrestling match. The family in the photo consisted of three people smiling carelessly with an ocean filling the background. Each of the men failed to initially recognize Jack Taft as the man in the photo despite the limited effect the last twenty-five years had on his countenance. It was the circle drawn haphazardly around a young girl’s face immediately pulling Keating’s gaze. The blonde girl appeared to be no more than eight-years-old and the happiness in her eyes made the red circumference superfluous. Even the great artist Giotto would have noticed the girl’s face first. Smith crept alongside Keating and it was he who immediately recognized the father in the photo, although his reaction could have meant anything, “Isn’t that….” “It sure is.” Declan muttered. “And what exactly does that mean?” Connelly, still on the other side of the table, was the first to see the backside of the photograph when Keating gingerly raised it on a parabolic path toward the ceiling. The same red Sharpie used to identify the young girl as the focal point in the photo scratched a single word on the back. “What does what mean?” inquired Smith. “Cardenio.”

James Keating, David Connelly, Matt Smith, and Riley Shaunessy are four high school friends struggling to sort out adulthood in their thirties. One night at their local pub, Jack Taft, a professor of Shakespeare, interrupts their typically inane conversation. Taft begs the foursome to discuss something more consequential than the outcome of a basketball game. Connelly challenges Taft to an impromptu debate. Before any of them have time to marvel at Connelly’s intellect, Taft leaves a mysterious envelope for Keating, daring these friends to chase one of the greatest mysteries in the history of the English language: who was William Shakespeare? With the help of Taft’s estranged daughter Rosalind, dormant imaginations are brought to life. Chasing Shakespeare’s lost play, Cardenio, the foursome embarks on a transatlantic journey as they pursue love, purpose, and the truth about the man from Stratford.

William Sullivan is a 1995 graduate of The University of Connecticut. He is a retired college basketball coach living in Connecticut with his wife, Jennifer, and children, Holden and Conor. As the world’s greatest collector of friends, he can also be found hoisting the occasional pint in the corner pub with his brothers. Tilting with Lips is his second novel.