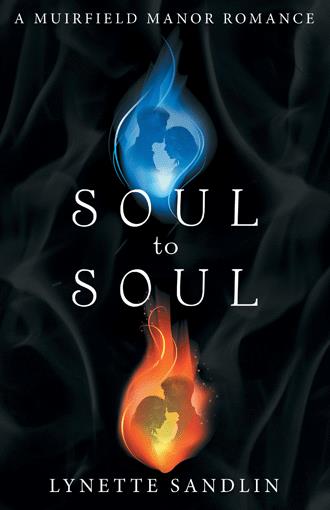 I walked up the steps of my house only to feel the burning pain race through my veins. What would I find when I opened the door? Would Alec have taken only a few things or would I find an empty house? Would he at least leave me a way to find him in case I needed to contact him about … a divorce? Is this really where my life was heading?
I slowly opened the door and walked in. The house was bare but not empty, in fact most of the furniture was still there. Our tastes were different so it didn’t surprise me that Alec didn’t take many of the paintings from the walls. He took the spare bedroom set, but that was his as a teenager, and he also took the flat screen television and entertainment center, neither of which mattered to me.
I walked into our bedroom; it looked exactly as I left it this morning. He took all his clothes from the closet and drawers and all his personal belongings were gone from the bathroom as well. The smell of his cologne still lingered in the air.
I walked into the kitchen and on the table sat a brown envelope. It was addressed to me and the return address read Bumgardner and Rose, Attorneys at Law. I knew what this was. Alec was thorough and never left anything half undone. He must have been planning this for months. Once I signed these papers he would be out of my life forever. The only thing we had to divide was property since we had no children. There would be no reason for me to see him ever again. He would be completely erased from my life.
I now recognized the pain in my veins as rage. Sorrow would cause a pain in my heart and not once had that happened, nor had I shed one tear since receiving that phone call from Alec. It was definitely rage that I felt. Rage that he had the audacity to end our marriage over the phone without the decency of telling me to my face. Rage that he had denied me a child for all those years so that he could concentrate on his career. Rage that my parents were right because he did walk out on me. Rage at myself for not knowing why he walked out on me in the first place. I had to assume... it was because of me.
My cell phone rang.
“Hello Alec!”
“Hey Libba, its Trish.”
“Oh … hi Trish.”
“Is everything alright? You left so quickly after the meeting that I didn’t get a chance to talk to you. I’ve been calling and calling — why haven’t you answered your phone?” Trish sounded very worried. I knew I needed to give her an answer or she would be pounding on my door before too long.
“Sorry, just heard it.”
“Are you okay, are you feeling well? What happened at work, why did you pass out?”
I lamented, “Trish… Alec left me.”
“What! Are you serious? When?”
“Yes, I am serious. He called today just before the meeting. He said he was leaving.”
“What? Did he say why? Do you want me to come over?”
“No.” I cut her off mid-sentence. “I really don’t want any company right now. I’ll be okay. I’ll call you tomorrow alright?”
“Libba, I should come over, bring some wine ...”
“Trish, please don’t. I’ll call you tomorrow, promise.”
I hung up knowing Trish would be over first thing in the morning. I guess she was the one friend that I did have. I ripped the envelope open and grabbed a pen.
***
Cailin couldn’t believe his eyes. What a delicate, beautiful creature she was. She looked like a fairy with soft sunflower blond curls falling down her back and framing her fine-boned face. All she needed were wings. She was petite and slender and though she dressed in a power suit, she looked so fragile that the slightest wind could break her. She had the most striking hazel eyes and long eyelashes that curled perfectly around her tender eyelids. It looked like she was crying, or rather, holding back the desire to cry. Why was she so sad? Surely not over a flat tire? He felt the urge to scoop her up in his arms and cradle her like a child.
Cailin watched her as he worked on her tire. It was obvious that she had never changed a tire; she was trying to lift the car before even loosening up the lug nuts. She made small talk, which was fine, although Cailin was content working in silence… and looking at this fairy.
When he drove up, she seemed so frail standing there with her face in her hands, and then she looked irritated when he was tying his shoes before he got out of the car. She looked terrified and went pale as a ghost when he pointed out to her that she had given him her last name. So terrified that she almost fainted and when he touched her … what was that all about? He could still feel the sting that flowed through him when he touched her. He never felt anything like that in his life. Her touch was like a drug that traveled through his body, awakening his entire soul. It was a good feeling though, slightly wild yet intimate and natural. He remembered the way she looked when she got in her car. She blushed like an innocent fairy — an incredibly beautiful, sexy, fairy. His fairy.
Cailin took his time driving to the paint store. He was no longer in a rush to get to his house and work on his new project; he had a different project on his mind now. In the store, he walked up and down the aisles looking at various paints and brushes, but his mind kept wondering back to Libba.

Libba Spencer’s life is about to change. On the brink of one of the most important meetings of her career, she receives a call that has life altering consequences. For six years, she has been married to Alec. She thought she knew him—but it turns out she didn’t know him at all, and now, he’s leaving her. Finding herself single and reeling from her failed marriage, Libba faces one challenge after another.

She ends up at Muirfield Manor, a charming bed and breakfast in Blowing Rock, North Carolina and a short walking distance from the town’s quaint shops and boutiques. Cailin Wade is co-owner of Wade Brothers Construction and one of the town’s hottest and wealthiest bachelors. He has never experienced love but suddenly can’t stop thinking about Libba.

Libba and Cailin enter into a relationship but encounter unexpected dangers. Can Cailin protect Libba and keep his heart safe too? Can Libba’s best friends help her close the door to the past and open her heart to the future? Through adversity, Libba and Cailin might both heal their souls and discover true love.

Lynette Sandlin is an author of Contemporary Romance whose work is inspired by a collection of personal life experiences sprinkled with stories accumulated throughout the years. Her debut novel, Soul to Soul, is the first book in the Muirfield Manor Romance series. Lynette is a Certified Professional Services Marketer, a member of the North Carolina Writers’ Network, and a graduate of the University of Mount Olive. She loves to travel, hike, and cook, and writes when not busy being a wife, mother, and full-time pursuit strategist. Lynette lives in North Carolina with her husband, two cats, and a dog.