The Boy Who Took Marilyn to the Prom 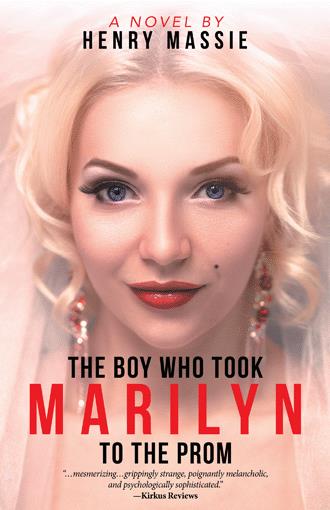 “I’ve slept with a patient.” I stared at the phone in my hand as if it were lying to me. Robbie Carosso, noted psychotherapist, educator, and my best friend since childhood, was telling me the unfathomable. He stammered, “She thought we were going to get married.”
“You had sex with a patient?”
“Yes, Eli. That’s what I said. You’ve got to help me.” Robbie was gasping for breath now, hyperventilating.
“I can’t believe it.” Robbie was one of the most eminent psychiatrists in the San Francisco Bay Area. He lived and practiced in Palo Alto, just off the Stanford campus. “Was it consensual?” I threw back at him, trying to get the lay of the land, to break through his panic.
“Yes, it was consensual. Do you think I’d rape someone?”
“Shrinks are supposed to know better.”
Still panting, he stammered, “I knew better. It didn’t help.”
I stood up from my desk and started pacing slowly with the phone in my hand. It was a trick I used to calm clients—gather my thoughts while walking and ease their desperation at the same time. Outside the bay window of my law office, the late-afternoon sun was catching the golden dome of San Francisco’s City Hall. I turned to the wall of legal books behind my desk, all bound with gold on red lettering, marching across the room, an army of legal precedents. I was already wondering which volumes I’d consult to defend Robbie—if it came to that.
“Robbie, take some slow breaths.”
Still struggling for air, Robbie managed to say, “It ended a year ago. It was all in my office. Not like an affair.”
“Then what do you call it?”
“A mistake.”
“How could you be so stupid?” I hissed.
“It’s never happened before. It was an aberration. I’ve never done anything like that with any other patient. It has nothing to do with Madeleine. I love her.” Madeleine was Robbie Carosso’s wife, a Palo Alto pediatrician. “The patient looked like Marilyn.” Robbie’s voice caught. He couldn’t go on.
Gently I urged him on. “Surely you’ve had pretty women in your office before, on your couch. Why this one? Why now? I assume she was pretty.”
“She wasn’t even pretty when she came to see me. She was dowdy, really sad, and depressed. Kind of mousy, fair hair. Not even blonde.”
“Okay. We have to talk. Can you come to my office tomorrow?
“Can’t we meet today? The woman is suing me for more than you can imagine. She wants a million dollars for each time we fucked, which as it happened was about twice a week for the two months. She’s got me by the balls. If she wins, I’m going to lose everything. I will never be whole again. I will be totally screwed.” His last words came out in an agonized sigh.
“Okay. I have one more client to see in the office. Come to the house this evening. We’ll have it to ourselves tonight. Get some dinner and start talking. Wait until the traffic dies down.” Even then it would take him forty-five minutes to drive up from the peninsula.
But who was Marilyn? He hung up, and I started putting the pieces together. Then it came to me: of course, Marilyn Monroe. But that was forty-six years ago, when Robbie and I were seniors at Hollywood High School in Los Angeles. And this was 2007. He and I were in our early sixties now. Suddenly like a film rewinding at high speed, I saw it all again, Robbie with Marilyn on his arm at our senior prom in 1961, a year before her death. He was seventeen, and she was thirty-five, looking no older than a college coed.
That spring, Marilyn had practically moved into Robbie’s house because his father, Abel Carosso, a distinguished Hollywood psychiatrist and psychoanalyst, and Marilyn’s last psychotherapist, was trying to give the actress a family life she never had. It was his unconventional attempt to save her from a downward spiral of anxiety, drinking, and tranquilizers. That spring the actress had therapy sessions with Dr. Carosso five times a week in his home office. She could stay overnight in the studio by the pool whenever she wanted, and she often took meals with the family.
Robbie had told me that one night over dinner, his dad said to Robbie and Marilyn, “Why don’t the two of you go together to Robbie’s senior prom? Marilyn has never had such an experience.”
In fact, Marilyn had never graduated from high school. The actress smiled in her special pleasure-giving way and said, “I’d like that.” Robbie was elated. He liked standing out. He was class valedictorian, princely handsome, and poised beyond his years, yet in an oddly stiff way that was both winning and made me feel protective of him. Marilyn on his arm would be another medal on his chest.
Robbie’s mother, Anna, a still photographer on movie sets and a charity fundraiser, squeezed her eyes closed for a second. Then she asked her husband, “Are you sure it’s okay?”
But Abel, who had steadied the lives of many people in the film industry, reassured her, “They will both get something out of it.”
Anna deferred to her husband.

I started thinking about things I hadn’t thought about for a long time.

Hardly any relationship is more fraught with unspoken feelings and words than one between a male psychiatrist and a sad female patient. It is even more so when the patient takes the therapist back to tormenting memories of a woman from his youth. In 1961, a year before her death, Marilyn Monroe’s last psychiatrist invited her into his family in a desperate attempt to save the actress by giving her a family she never had. One evening over dinner the doctor suggests that his son take the actress to his senior prom at Hollywood High School, an experience Marilyn missed because she never finished school. She was 35—looking no older than a college coed—and the boy was 17. That night haunts him until 2007 when that youth, now a psychiatrist himself, takes on a patient who reminds him of Marilyn.

Praise for The Boy Who Took Marilyn to the Prom

“Intrepid, vivid, thoughtful. It takes us inside the psychotherapy office, face to face with the dangers psychiatrists and their patients run of becoming slaves to their feelings for each other,”
—Bridget Connelly, prizewinning author of Forgetting Ireland

Henry Massie is a writer and psychiatrist who lives in Berkeley, California. He is the author of the biography Art of a Jewish Woman: Felice’s Worlds, and coauthor of Lives Across Time, a study of emotional health and illness. He is also coauthor of “My Life is a Longing, the classic 2006 International Journal of Psychoanalysis article on child abuse, and author of many other articles in professional journals. This is his second novel.