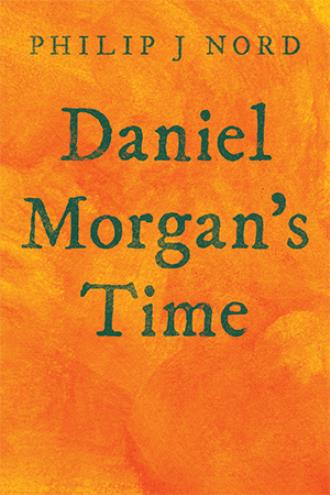 It is the year 2525. I’m sitting in the veranda outside of the Terrain Mall. The smell of desert wildflowers is in the air, and it is pleasant and refreshing. There was a thunder and lightning storm that stopped a few minutes ago, and the smell of ozone is in the air. My name is Dooty
Grainger, and I’m the general manager of the historic holographic project. My team consists of Gaughy, who does data animation relating to people and animals, Cary (pronounced Car E) who also does data animation but involving inanimate objects such as trees, bushes, flowers, fences, and houses. Drapey is our historian, and Early does QA (quality assurance) and repairs such as holographic melting or disintegration and general data and image repair.
For posterity’s sake and possible future generational understanding, I will describe our current science and technology as we know it today. Terrain architecture is exactly as it suggests—that is, the use of terrain to build living and working spaces. It generally has no outside walls or roofs. For this reason, it can be ecological and have flora and fauna. It can either be made on level with the terrain or have a hill-like structure. It can be built with trees and forest on top or growing from within. It can have streams or ponds inside or out. It is generally accessed through tube travel tunnels, pedestrian passages, or parking garages accessed by electromagnetic vehicles.
Tube travel is a type of transportation involving a tube tunnel with a vehicle traveling in a vacuum tube. It generally travels about one thousand kilometers per hour, but it moves slower in populated areas. It can be a single tube or a series of tubes connected like train cars. Each tube is for singles or small groups such as adults with children or families and friends. There are electromagnetic cars that are piloted automatically.
There are also space elevators. These are also tube tunnels, but they are vertical and transcend to space stations in low earth orbit. A space station is a platform held stationary in space by small electromagnetic rockets. It also travels at about one thousand kilometers per hour and can have singular tubes or many attached together.
Other technology includes self-cleaning floors, walls, and ceilings. There are air chairs and holographic imagery accessed by ring computers. Meals are served on recyclable dishes and silverware that is disposed of, melted, and reformed on location. Clothes are generally single use and disposable with the material recycled. Lavatories are designed to recycle the waste directly to soil used for farming or natural ecosystems, thereby saving the streams and rivers from pollution.
All the energy used in the system is from electromagnetic power provided by the sun’s rays into the atmosphere, which is also known as ion or free energy. It is accessed by Tesla coils and transmitted through the air by Tesla transporters.
Government has changed. There are now departmental presidents elected every six years. There is a president of state, a president of the treasury, a president of defense, a president of the interior, a president of housing, a president of homeland security, and a president of transportation. The legislature and judicial branches are the same. Local communities take precedent in matters of law. A city’s laws trump the county’s, which trump the state’s, which trump the federal government’s. The only exception is constitutional law; then federal law trumps all.
Money is guaranteed. Payment is made just by walking in an establishment and having your eyes scanned. Whenever you make a purchase, you automatically take a share in that company. Housing is free. If an individual falls behind in revenue, a government guaranty kicks in—but only for normal living conditions that are already tracked.
To keep entrepreneurial motivation going, there is no limit on enterprises, and regulations are kept to a minimum. If you want better than public housing, cost is your only limitation.

Daniel Morgan’s Time is about his leadership for three battles during the revolutionary war. However, the book starts in the year 2525 where Dooty, Gaugy, Cary, Drapey and Early are making a historical holographic vision documentary about Daniel Morgan and his time. The universe, physics, engineering, technology and government of the time is explained. Dooty’s crew each go on hilarious vacations as well. The nine major battles of the revolutionary war are summarized.

You can Follow Philip Brady by traveling the world and the seven seas and experience life in other countries around the world during Daniel Morgan’s time. You will also follow Joann and Marnie during those tumultuous times. There is also the Stevens family, a plantation owning family. One of their slaves is a teenage girl named Faith who is a genius and pretty much runs the Stevens family business. She goes on vacation over three summers and meets an indigenious new worlder named Running Bear and his extended family. She also goes to New York after the war and meets with Dr. Germaine and they trade medical information. In the end all the fictional characters come together on a farm in Pennsylvania and have a big celebration. So enjoy the ride through time and experience the future and the past in Daniel Morgan’s time.