There Is No Hell According to the Bible 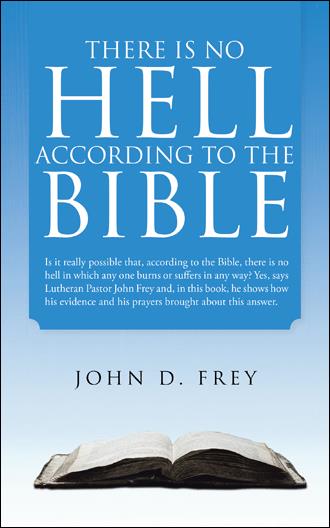 THE VALLEY OF HINNOM

Section 1 The Valley of Hinnom as a Geographical Place

In chapters 13-19 of the Old Testament book of Joshua, we read how the land conquered by the Israelites was divided into territories for the twelve tribes. The entire 15th chapter concerns the territory that went to the tribe of Judah. And, in Joshua 15:8, part of the boundary for the territory of Judah is described with the following words:

As to the size of the valley of Hinnom in today’s world, internet maps and pictures indicate that it has an approximate length of one mile, an average width of about 400 feet, and a maximum depth of about 20 feet. Of course, the physical layout of this valley has surely changed over the centuries. However the fact that this valley, for the most part, is by the walls of Jerusalem, these walls probably restricted changes of the valley.

Section 2 The Valley of Hinnom as a Place of Horror

Valley of Horror in 2 Chronicles 28

The following words from 2 Chronicles 28:1-3 reveal what took place in the valley of Hinnom during the reign of Ahaz, the king of Judah from around 732 B.C. to 716 B.C.

Ahaz was twenty years old when he began to reign; he reigned sixteen years in Jerusalem. He did not do what was right in the sight of the Lord, as his ancestor David had done, but he walked in the ways of the kings of Israel. He even made cast images for the Baals; and he made offerings in the valley of the son of Hinnom, and made his sons pass through the fire, according to the abominable practices of the nations whom the Lord drove out before the people of Israel.

Thus, during the reign of Ahaz, the horrific sacrifices of children were real events in a real valley according to the book of 2 Chronicles. Concerning these sacrifices, a description of them is attributed to Rabbi David Kimchi, a biblical scholar who lived in France from around 1160 A.D. to 1235 A.D. According to the Rabbi, the children were placed on a copper plate and fried.

Valley of horror in 2 Chronicles 33

About 40 years after the reign of Ahaz, Manasseh (697 B.C. - 643 B.C.) began his reign over Judah. The following words from 2 Chronicles 33:1-6 reveal what took place in the valley of Hinnom during the reign of Manasseh:

He did what was evil in the sight of the Lord, according to the abominable practices of the nations whom the Lord drove out before the people of Israel. For he…erected altars to the Baals, made sacred poles, worshipped all the host of heaven, and served them… He made his sons pass through fire in the valley of the son of Hinnom...He did much evil in the sight of the Lord, provoking him to anger.

Thus, even as king Ahaz made the valley of Hinnom a detestable place where children were burned to death in sacrifice to the Baals, King Manasseh did the same thing about 40 years later. Furthermore, there obviously were people of Judah who went along with their king to the point that they had their own children burned to death in honor of the Baals. 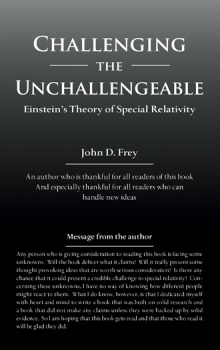 Many Christians are deeply disturbed by the idea that there is a real hell in which people suffer forever and ever according to the Bible. This is especially true with respect to Christians who believe that they have loved ones who might end up in this horrendous place. What a relief it would be for them to see that such a hell is not claimed by the Bible. To that end, author John D. Frey leads readers on a well-researched journey that investigates what the Bible really says about hell. The author provides overwhelming evidence that there is no hell in which anyone suffers in any way and this evidence is based on what is claimed by the Bible.

The book contains 12 chapters. Chapter 1 presents the events that occurred in a place near the walls of Jerusalem called the valley of Hinnom, later translated to “hell”. Chapters 2-3 primarily deal with events surrounding Jesus and Isaiah. Chapters 4-5 discuss the events in the parables of Jesus and visions of John in the book of Revelation. Chapter 6 explores Bible passages that explain what finally happens to the unrighteous. Chapters 7-8 explore why both Gentile Christians of the second century and some modern Christian denominations believe in a hell in which unrighteous people will suffer forever. Chapters 9-10 explore the concepts of Sheol and Hades in the Bible and what Jewish Rabbis say about hell. Chapter 11 confirms the existence of heaven. Finally, in chapter 12, concluding thoughts are presented.

John D. Frey is a retired Lutheran minister who dedicated a career to understanding and witnessing about the Bible. He lives in the Kansas City area with his wife Judy.