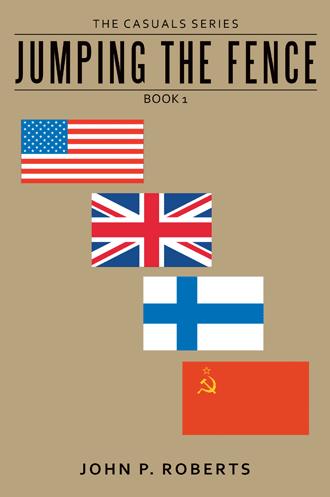 “You know Eden, sometimes you’re just too fucking simple to argue with. Get out!”
The Private turned and walked out the orderly room door making sure not to slam it. Eden wasn’t mad he just didn’t like the harassment that went with his position in the military. He always considered himself officer material, but it was the responsibility he couldn’t cope with. So staying at or near the bottom of the rank column was really the best place. No Queen ever made a fuss over a worker bee.
The gate to the motor pool was open and as Eden walked through he automatically checked to see if the nuts had been put on the hinges. They weren’t and he was glad of that. Making for the shop that had a back room full of wall lockers where everyone had a set of work clothes to put on so the daily uniform didn’t get greasy, Eden found his locker, but because there were so many lockers and so few soldiers there were plenty of empties to hid things in.
Eden’s locker had to be registered with the office so during inspections the officer knew who owned the locker. But he had picked one of the lockers that had been tossed into a back room for storage and put a pad lock on one of those. This is where he kept his tools as it were.
Once he had cleaned out the Cutlass and made it look used, he hoped in and drove to the mess hall where he had a quick breakfast. From there he drove over to the main post library where they had off set some small rooms for typing. He connected with the librarian on duty and signed up for a room at the back.
When the manufacture of cars sends the vehicle to its destination it is customary to put a temporary ownership card in the glove box. So if the car gets lost there is a paper trail which was part of the paperwork needed to be done so the car could leave the plant. It was the lead driver’s job to collect and fill out these forms so the guard at the gate knew each car was accounted for.
But Eden hadn’t done that so there he was sitting at his typewriter filling in all the false information he could muster. But it had to look right so the buyer didn’t question anything. All the little boxes were checked and the name and address put down. Private Larry Vincent was the name and the Unit was the First Transportation Company at Fort Devens. Eden had to check the phone book for that address but he had it all done in less than twenty minutes.
From there he drove to Main Post gas station where Sergeant Costa was waiting. He was riding with his wife in their brown Chevy Vega and Eden spotted them when he pulled in.
“Wow! Sergeant Costa said when he came up to Eden.
“You like it, I’ve hadn’t had time to put much mileage on it or even get it registered.”
“Yea I know, when you told me you just came down on a levy for Nam I figured you were a little behind in your licensing.”
“Yea, so I got this temp title, it should help get you registered, “Eden said as he handed the fake card to the Sergeant.
Eden glanced over at the woman in the Vega and noticed she was quite pretty. He smiled at her as a form of reassurance.
“Okay, I got a friend with the MP’s he can do the work.”
“That’s great, an insider.”
“Yea, him and me were in the Nam together.”
“Where were ya?”
“Off down by Saigon, lots of convoy work you know.”
“Yea I should I’m with a trucking company.” Eden said with a laugh.
Costa checked the address on the card and saw it matched with what Eden had said.
“So, can I take it for a spin?” Costa asked.
“If you do I won’t see you again. That thing runs like skank.”
“Yea I guess so,” Costa said.
“Look give me the money and your outa here man.”
“Oh yea, will you take a check?”
Eden was ready for that one; his first stolen car was sold to a guy who gave him a check. The check bounced and the guy was arrested for having a stolen car. It seemed like it evened out in the long run.
“Ah gee man I’d love to but I got pay the loan off by Monday and it will take a week for the check to clear so I need the cash.”
Not wanting to miss a deal, Costa went to his wife and she gave him all that was being asked for except a hundred dollars.
When Costa came back he said, “Hey man, I got most of it but I’m short some.”
“How much short?” Eden asked.
“About a hundred.”
Eden stepped away and then looked back at Costa who had the expression of a lost soul on his face.
“Okay man, I need the money so it’s yours.”
Costa was so excited he jumped in the car and started the motor before Eden could get the cash in his wallet. The engine roared to life like it was on the race track.
Eden stood watching, there was nothing else for him to do as he waved good bye to the new proud owner of a stolen car.

It’s supposed to be a simple peek-a-boo mission not far from St. Petersburg, Russia, to check out some specially built garages that block satellite signals. They plan to send casuals from the Tenth Special Forces to go over the fence and take a look. The mission starts off well with Captain Dennison at the helm and privates Eden and Nichols at his command.

Then, in Sweden, the captain is sent home, leaving Eden and Nichols on their own to continue the mission. They’re ambushed at a safe house before leaving for Helsinki, and it’s beginning to look like these men might need rescuing.

The casuals persist, making contact with an anti-Russian organization. Meanwhile, the Americans want their men back, but what of the garages outside St. Petersburg? Eden and Nichols might be in over their heads, as it soon appears a double agent has been working behind the scenes and could risk both the mission and their lives.

Robert Pike, writing here as John P. Roberts, is a highly trained veteran with years of foreign and domestic experience. Formerly a Special Forces Sergeant, he brings his experiences to the stories he tells. Currently, he is involved with his local chapter of the Special Forces Association, and he helped establish Allied Forces Veterans Day in Minnesota. He is also author of the young adult Cadets series from Ballantine Books.