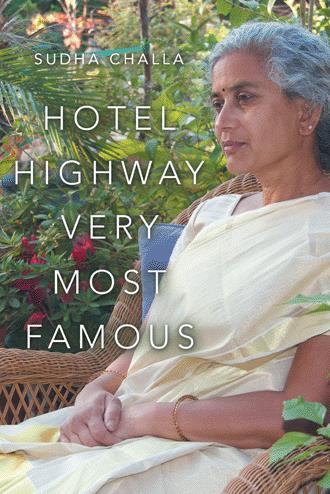 Waiting for Prabhakar, recollecting all their trials and tribulations, it suddenly dawned upon her that she should perhaps be thankful to him for having left them. But for his dereliction of his role as a husband, father and son, leaving them nearly destitute, she realized, she would always have been dependent on others and would not have become the independent and self-sufficient woman she was today. She would never have realized her own inner potential. Yes, she concluded, Prabhakar’s departure and absence had turned out to be a blessing in disguise.

Radha is a meek and timid Indian woman whose husband abandoned her and their three children many years ago, leaving them nearly destitute. She is now on her way to reunite with her husband after so much time apart, conflicted about her feelings.

She traces the recollections of her past with Prabhakar and how it felt when he left. She also takes a close look at her inner growth and strength she never knew she possessed. Radha’s story also touches upon the mystique surrounding Hanuman, the Hindu God who inspires people and gives them strength in moments of failing courage and desperation.

After several years on her own with her kids, Radha soon comes to realize that she should perhaps be thankful to Prabhakar for leaving. She has grown to be an independent and self-sufficient woman. Radha has discovered her full potential, so how will it feel to reunite with Prabhakar? Perhaps she is now the stronger of the two.

Sudha Challa lives in Central California. She loves to travel and during her spare time pursues her various hobbies including writing, painting, sketching and reading books of all genres.