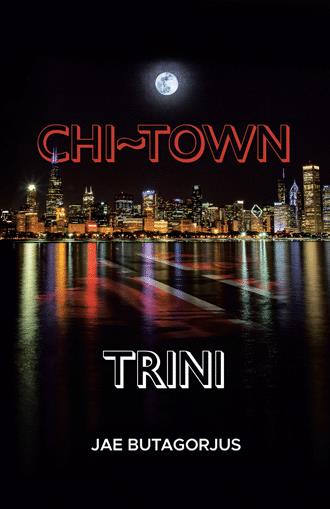 The next three sentences Kiana said was blah, blah, blah, blah, blah, blah, because all the times I encountered the mystery man in Vegas, came flooding back to mind. I told Kiana about the phone call before work and all the times I seen a strange man just watching me. She told me to watch my back because he told her that we were soul mates and destined to be together. I couldn't believe what Kiana just told me, I hugged and thanked her for the 411. I jumped in the car, went back on the block to see if Terry was there. I haven't heard from my brother Ant in a while, but Khalil was on the porch when I got there, smoking a cigarette. It was around three o'clock in the morning and the streets were quiet for a Friday morning. My brother passed me his cigarette and I took a drag from it then passed it back.

I asked him if he seen Terry, and he said“no, not since earlier." I didn't want to sleep at my grandma house because I wanted to take a shower and not a hoe bath. I went home seeing that I had the house to myself anyway. I hit the highway, and everything that Kiana told me came to mind. I shook it off then pulled into the designated parking area assigned to my mother's address. As soon as I got in, I headed for the shower turned the water on, and pleasured myself while thinking of Terry. In the midst of my thoughts Terry's face was replaced with Isaiah's, which made me cum faster than usual. I moved the showerhead to catch my breath and thought to myself, now why in the hell are you thinking about him. I got out the shower and threw some clothes on when the phone rang. The ID said unavailable and I knew there was a possibility it was the heavy breather, but I picked it up anyway because it was the house phone. Slowly I put the receiver to my ear and said hello, and sure enough it was the heavy breather, I said why do you keep calling me.

After two minutes of dead air a male voice came on the line, it was Isaiah stating that he needed to talk to me. I sighed telling him that it was too late for this, I'm tired and will call you tomorrow. He said "but I'm already here," my breath caught in my throat and it felt like I couldn't breathe, then I told him that I would be right down. I thought to myself, how did he find out where I lived. I stood with my hand on the door not knowing what to expect, seeing that I haven't seen him in over eight months. When I opened the door, he was just as sexy as when I first met him. His body was nice and buffed, he had a fresh fade with new gear, and a bouquet of roses in his hand. I accepted the flowers then stepped to the side so he could come in.

I put the flowers in water then asked if he wanted anything to drink, he said“no”then began to explain what happened after he was released from jail. After he got out, he went to a halfway house where he got a job and started saving as much money as he could. He stated that he wanted to save enough to marry me and buy a house for us to start our new life in. I didn't take what he said at face value, so I asked him. You couldn't get in touch with my brothers, they would have told me. He said,“you're right I should have, and I'm sorry," he reached for my hand, but I pulled it away before he could touch me. I didn't know if this was a good time, but I had to know if he was the one stalking me. I asked him what I had already suspected, and he admitted to everything. He looked at me as if he was trying to break the bad news to me. He said,“baby, I'm sorry I love you, please forgive me. When you didn't take my call that day then I heard about your trip, I just wanted to be near you.”I started to ask him how he heard about my trip then thought twice and didn't bother to ask, I just put my head down then thought of Terry. I looked up at Isaiah and remembered our history we had together. The cheating, getting pregnant, having a miscarriage, and among other things. I got up from the table because I didn't want to get sucked back in my feelings for him. He got up and before I could put some space between him and I, he grabbed my wrist and pulled me close to him.

I could smell the familiar cologne he always wore as he got closer and closer, while inadvertently walking me backwards into the wall. When my back hit the wall, I could feel his breath on my face. He whispered in my ear, I love you Sherri, always and forever. I pushed him back so I could look him in the face and said, you were the one that sent the bouquet, weren't you? I asked him, how can you say you love me when you were with another woman when you got out. He stated that before he got locked up, she claimed she was pregnant, and she had the baby while he was in jail. When he got out, he got a DNA test done to prove it. I asked him, so what were the results, he put his head down and said that he was the father.

A single mother raised Sherri Pharaoh and her siblings. As an adult, Sherri’s lack of a father figure makes her unsure around men and willing to cater to their every need. She feels like there is no way she’ll ever settle down, but then, her brother introduces her to the man of her dreams.

Terry is an undercover gangsta and a guy Sherri’s mother never would approve of, but Sherri wants him anyway. Compared to Sherri’s upbringing, Terry has led a hard knock life, living in the toughest parts of Chicago. Despite this—or maybe because of it—Sherri is drawn to this tall, dark, and handsome bad boy and falls hard.

A life of crime can have dire consequences, as both Terry and Sherri find out before they can get married and start a family. Running from the past, Sherri relocates but is eventually left with no place to live and two more mouths to feed. To escape the hood, Sherri does things she never would have expected, all while waiting for the man who will cherish her heart.

Jae Butagorjus was born and raised in Harvey, Illinois. She earned a bachelor’s degree in accounting from Colorado Technical University. Been married 14 years, she is now a widowed mother of four beautiful children. She just gave birth to her fifth bundle of joy, with the new man in her life. Jae currently lives in North Mankato, Minnesota, and works as an independent tax accountant and phlebotomist.