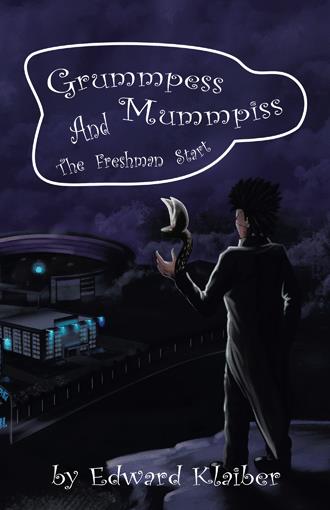 The Nightmare That Peeks “Open the safe! What are you waiting for? The next time I ask you that, you’ll end up just like the ones on the floor,” Gorgavin said in a treacherous croaky voice. His voice echoed throughout the spacious open-floor bank. All the innocent hostages were terrified by the sight of him, and the bass of his voice took their fright to another level. “I’m trying the best I can. Since you ripped the power circuit out, it’s going to take just a little more time to set the combination in to activate the door,” the scared-to-death bank manager said in a most whiny voice. Gorgavin ruffled the back of his suit with his giant hand and hurled the manager forward to the combination switch. The banker groaned from the impact of the solid steel door that weighed close to a ton. Quickly the banker began rotating the three combination keys in sequence to activate the first of three sequence sets. His fear was so alive that a person could easily hear it through the air he inhaled and exhaled. Suddenly the banker felt an intense burning sensation on his back—the same spot where Gorgavin grabbed him. Gorgavin’s thick, juicy, jagged nails and fingers tore through the banker’s thin suit and tender skin. All the filth and grime from the streets, along with his chemical makeup, was scratched inside the banker’s back. The striking pain from the fresh scar caused the banker to go into convulsions. The second sequence was put in before the banker could collapse, but Gorgavin was right on his heels. The second he saw him lose his balance, Gorgavin grabbed the back of his suit—however this time less lightly—and shoved him into the steel door. The bank manager woke up instantly. “What’s the third sequence?” he growled with hostility. Luckily, Gorgavin had reminded the banker which sequence it was because he was clearly lost. The small convulsion caused a gap in his short memory. “Just less than ten seconds for the sequence and the door will be opened,” the half-alive banker said. As the last sequence was logged in, the banker tapped the center button to release the lock from the four corners of the circular vault door. Clink! The door sounded as the locks were released. Gorgavin raised his thick, jagged right hand so quickly juices drizzled the wall and vault door in front of him. He thrust forward, knocking the banker off his feet and taking a huge chunk of flesh and bone out of the right side of his body. The banker’s body screeched against the marble floor as he slid into a pile of shivering hostages lying on the ground. The vault’s door handles were spun around quickly with one yank of Gorgavin’s hand. He opened the door so aggressively it banged against the hinged wall, echoing throughout the open space. Small murmurs of fright followed. Gorgavin hustled in, pinning the door against a rolling cart to make sure it didn’t close behind him. He shot passed the stacks of money neatly squared away on the table counters. He knew exactly what he was looking for, and he only had a small amount of time to get it because the cops were bound to come. A sign read “Safety Deposit Room.” He entered, taking a sharp right turn in the wide door. Deposit box after deposit box was bent upward and pulled out of its slot. He smashed the boxes against the hard ground, breaking the frail locks wide open. It took Gorgavin forty seconds to find the deposit box he was looking for. After breaking almost forty-three boxes, the deposit box with the raw diamonds, rubies, and gems was the one he took. He placed the half-pound cashmere pouch into a deep pocket in his raggedy garments. Gorgavin ran out the room, bumping into the door’s side walls smashing it out of its alignment. Before he stepped out the vault room, he ran toward the bags of money and grabbed two while all the civilians trembling on the ground. Gorgavin didn’t think he’d caused enough damage, so he wanted to put the icing on the cake of his murderous rant. “Perfecto!” he said mischievously as he stepped over the perfect victim. A pregnant woman who huddled beside her husband was squeezed in the corner. Gorgavin picked her up and stood her on her feet. He raised his right hand and came down quickly toward her. The woman looked into his death-fulfilling eyes for mercy. She even raised her hands, putting them together, begging. Gorgavin’s five fingers scraped the surface of her stomach. Halfway through his thrust, a security guard fired multiple rounds directly into Gorgavin’s back, stopping the swing from full momentum. It was enough to put the woman into a state of shock. Gorgavin ran toward the injured security guard and clawed him diagonally across his midriff; he died instantly.

Although fifteen-year-old Grummpess Mummpiss has been living with facial disfigurements all his life, he has no idea that he is about to transform into a monster capable of much more than he ever imagined. When the dots on the keloids on his face begin forming a circular pattern and his fellow high school students begin referring to him as a freakazoid, Grummpess is forced to face a harsh reality he never requested. Guided by his loving parents, Grummpess leaves his town of Marralow to begin anew in the isolated country of Scarsenova where he hopes to continue his education in a more accepting environment. As he attempts to immerse himself in the culture and traditions of his new home, Grummpess’s curiosity for solving problems leads him into an entirely different world when he discovers a hidden science laboratory formerly occupied by a famous inventor. But it is not until he decides to bring a stentz back to life one day that Grummpess unwittingly opens a new door to becoming the perfect scientist. In this action-packed fantasy tale, a teenager battling a monstrous side he never wanted sets out on an unimaginable journey in a new country where he discovers a passion for science.

Edward Klaiber is a new novelist whose writing is inspired by a dark, isolated place where his creativity flourished. Grummpess Mummpiss and the Freshman Start is the first installment in an intended eight-part series.