A One-Way Trip to Death 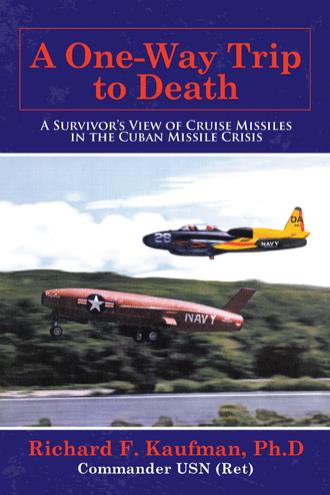 Let me introduce you to my Japanese friend, Kozo Kagawa, an ex-Kamikaze pilot from World War II. In 1950 during my port of call at Yokosuka naval base in Japan, I attended a lecture given by Kagawa in the wardroom aboard the aircraft carrier USS Boxer.  At the time I was a Flying Midshipman assigned to a navy fighter squadron flying the F4U Corsair and on my way to Korea. The F4U Corsair was a carrier-based fighter aircraft, popularized during World War II and the Korean War. It was well known to Japanese pilots. The lecture was organized by senior veteran pilots in the squadron who were in the 1944 Okinawa campaign and they, like many, had been on the receiving end of Kamikaze attacks. All were anxious to hear the other side of the story.

During the Okinawa campaign, the American fleet had suffered heavy losses, losing an aircraft carrier and a number of other smaller vessels. Many others like myself were in the audience to hear Kagawa’s account from a former enemy pilot’s point of view. His talk was a chilling display of how Japanese pilots were willing to uphold their honor to defend their homeland with a code of death. It was a belief of  a life in the hereafter with great honor and recognition, and a central ingredient of Shintoism, the main religious belief in Japan at the time. Teachings were to honor only one God in the being of the Japanese Emperor Hirohito. The more intriguing part of his speech was how the Japanese people supported suicide during those last days of the war.

As I looked around the room, everybody was hanging on the edge of their seats, grasping at his every word. Kagawa’s speech was mesmerizing. Following the lecture, people gathered around him. All were eager to find out more. As the crowd dissipated, my commanding officer assigned me to chaperone him in what was called “Escort Duty.” I was assigned to accompany Kagawa through the ship for a tour. Escort duty was usually assigned to the most junior officer and I just happened to be that lucky one in line. I was still a Flying Midshipman, and yet to receive my commission. Consequently, I was ranked near the bottom of the officer list in the squadron. Kagawa seemed to be more interested in my junior ranking than if I was an aviator because he too was a junior Japanese commissioned officer and pilot.

The fact that I had accumulated several hundred flying hours in the F4U-4 Corsair seemed to fascinate him. He was throwing questions at me right and left, some that I couldn’t answer. He seemed most curious about the arrangement of the flight deck on the carrier, especially the location of the bridge on the right side of the ship. Japanese carriers had the bridge on the left side. I took him to a line of Corsairs on the flight deck with their wings folded, and with my permission, he climbed into the cockpit with professional agility. I was not aware that this was the airplane that had incurred such high losses to the Japanese squadron in which Kagawa served. I noticed a change in his demeanor. He told me that he had lost his whole squadron to American pilots flying this airplane.

Soon, he became interested in the engine of the airplane. I could not break him away from his stance in front of the propeller looking inside the engine cowling. He had never seen a twenty-one-foot propeller on a fighter airplane before. In his broken English and hand gestures, he told me that this was why the Corsair had such superiority over the Japanese Zero fighter aircraft. I listened intently.

Kagawa was somewhat uneasy around other naval officers on the ship, but not with me. It seemed we got along quite well for a first meeting. I later found out that he had served under some demanding Japanese officers in the past, his disdain coming from commissioned officers’ treatment of Kamikaze pilots. Had he known that I was only a month or two before becoming commissioned myself, he might have had a different opinion of me, but since we developed a personal relationship, I did not tell him.

The aircraft carrier Boxer was in port at the Yokosuka naval base for a lengthy two months for major repairs and it afforded me an excellent opportunity to meet up with Kagawa. Our common meeting place was a favorite tavern in Yokosuka where we talked of our earlier years growing up. Our friendship grew over the coming several weeks, and he told me of his upbringing during his juvenile years that was so different from mine. At the time, Japan was at war in China while we were at peace, emphasizing the diversity of our backgrounds.

One day while enjoying a beer at our tavern, he invited me to his home to meet his wife and family, which indeed, I found to be a great honor. The war was still fresh in the minds of many Japanese, and there were those who still possessed animosities toward Americans. In general, they never showed it much which made me feel privileged to receive such an invitation for a personal visit. I assumed he and his family were in need like most Japanese families at the time, so I purchased a small gift for him and his wife at the Navy Exchange. In those days’ fraternization laws did not allow buying for the Japanese on the outside, so I had to go to my Commanding Officer to obtain that authority. When he found out who it was, he passed the hat around for me to deliver it on behalf of the squadron. I was grateful when they picked up the tab because Flying Midshipmen in those days were receiving only 105 dollars a month.

Cruise missiles of past wars have meant the death of the delivery pilot. Recent technology today has replaced the pilot, but we speak very little of the history of how this lethal assault weapon came about, or how it played such an impressive role in the Cuban Missile Crisis of 1962.

Richard F. Kaufman, a chase pilot for the Navy’s Regulus missile, recalls the birth and development of the cruise missile in World War II and how it became an American weapon of immense destruction. It came along at a critical time to become our primary weapon in the Pacific.

He shares the experiences of a navy missile chase pilot with mixed emotion. On the one hand, living a life of luxury with his family in a tropical Hawaiian paradise far away from the troubles of the real world, while on the other hand, preparing for his death as a Regulus missile delivery pilot in the event of war.

Join the author as he traces the development of cruise missiles, the role they played in the Cuban Missile Crisis, and the rigors of the Cold War.

Cmdr. Richard F. Kaufman, USN (Ret.) retired from the Navy in 1970 after twenty-four years of service. He served three combat tours in the Korean War aboard four different aircraft carriers. He holds the Distinguished Flying Cross along with Seven Air Medals. He earned his M.S. from the Naval Postgraduate School in Monterey, California, and his Ph.D. from the University of Texas in 1974. He continued his career teaching at Texas Christian University and California State University as a full professor. He’s retired and lives in California as a full professor emeritus.