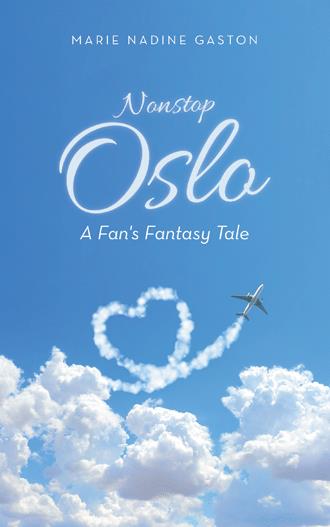 Logen was installed very comfortably on her bed when she walked back into the room. A sight for sore eyes really. He was dressed in light blue jeans and an olive-green loose-fitting shirt. A tan tweed jacket completed the casual look. He was watching a morning news program and looked up when he heard her enter the room. He went to scramble off the bed, but Vivienne motioned for him to stop. “By all means, stay,” she smiled. “You can have breakfast in bed.”

It wasn’t so much what he said, but the tone in which he said it and the way he looked at her as he said it. There was no mistaking it, Mr. Anders was turning up the charm.

Vivienne’s heart skipped a beat, but she quickly recovered. “Well, aren’t we a tad frisky today,” she giggled. “What happened to you?”

“I have a fresh perspective on things today,” he replied.

“Is that right?” She coaxed him to expound on whatever revelation the night had brought him. “And what would that be?”

“One life to live,” he shrugged.

“Yes, indeed,” she agreed. “And I, for one, intend to make every second count from this moment on.”

“I couldn’t agree more,” he replied then extended a hand to her, inviting her to take it. She did and felt herself being drawn towards him until she stood directly in front of his sitting frame.

He raised his head to look into her face. “So, how shall we start?” he asked, in a tone that sent ripples of warmth through her body. She shuddered.

“Start what?” she asked feebly, looking down at his upturned face. She had no idea what to do with her hands, so she rested them lightly on his shoulders.

“Making every second count,” he replied in an unmistakably sensual tone. He wrapped his deliciously sculpted arms about her hips and pressed his lips to her abdomen. Vivienne’s mouth fell open. Oh my God, she mouthed silently. Then, to her increasing surprise, he gently lifted her shirt to reveal her bare skin and pressed his lips again, breathing in her fresh sweet lavender and mint scent. The touch of his lips against her skin set off mini fireworks. Vivienne watched in awe as he unbuttoned her jeans and his tongue searched for her belly button, in sweet intrusion. Her knees nearly gave out. Sweet Lord, where have you been?

“Looks like you have a pretty good idea how to start,” she breathed out, her voice hoarse from emotion.

Visions of their entangled bodies emerged in her mind and her breathing quickened. He could have her right now and she would be powerless to stop him. Not that she would want to. In her deepest heart of hearts, she knew that this communion was what she wanted most in this world. “I could take you right now,” he whispered against her skin, echoing her thoughts.

“Take me where?” she asked absentmindedly.

“I could make love to you right now,” he rephrased, amused at her confusion.

“I knew that” she giggled, realizing her gaffe. “You just confound me with your wicked ways.”

He pulled her down into his arms and brushed his hands lightly over her breasts.

“What about breakfast?” she reminded him weakly, her finger vaguely pointing in the general direction of the coffee and bag that he had set on her desk.

“Breakfast can wait.” He then shifted his body and deposited her gently in the soft space next to him and adjusted his body so that his torso was on top of hers. His lips enveloped hers in one long tender kiss. Her mind checked out into oblivion, and she drowned in a sea of sensation. His hand found its way underneath her shirt and wandered slowly upward, caressing every inch of her deep caramel skin until he reached her bosom. Without hesitation, his fingers pushed up her brassiere, uncovering her breasts. He gently cupped one of her small mounds, caressing and squeezing, then ran his fingers in increasingly smaller circles around her breast until he reached her nipple. He pinched it softly causing her to moan in sweet delight under his mouth. Then he lifted her slightly toward him, reached behind her back and expertly unclasped the restrictive garment. He pushed her shirt up exposing her nakedness then adjusted himself until he rested fully on top of her, momentarily breaking the kiss. She instinctively spread her legs to accommodate him. He covered her lips with his once more, reaching the depths of her with his tongue, gently exploring inside her mouth. Then he lifted his lips from hers and began to drop small kisses on the lower side of her face, following a trail under her chin, along her neck, over her collarbone, making its way down her chest until he reached her nipples. He closed his mouth over one brown areola and suckled it gently, delighting in it until she thought she might faint; then he moved to the other, repeating the sweet torture. She felt an acute sensation at the base of her, a sweetest longing between her thighs and she lifted her hips to meet his.

Vivienne Bernard has been in love with Eureka front man, Logen Anders, since she was twenty. The band’s global success has been phenomenal, garnering them millions of adoring fans worldwide. While every girl professes her love for the handsome trio from Norway, Vivienne knows that what she feels for Logen is different, but given the unlikelihood of their meeting, Logen remains a distant and unfulfilled yearning.

Thirty years later, Vivienne travels thousands of miles from her Caribbean home to the land of the Vikings to attend a Eureka concert. Her chance encounter with a handsome but exasperating stranger has her temper flaring. The adventure of a lifetime begins when she realizes that the stranger she’d like to murder is none other than the object of her lifelong desire: Logen Anders.

During her four-day stay in beautiful Norway, Logen awakens feelings in Vivienne she thought she would never experience again. Nonstop Oslo takes her on a journey of emotional and sexual awakening, while offering Logen the unexpected gift of a second chance. Though he admires Vivienne’s fierce independence, his ultimate desire is to protect, carry, and cherish the woman who has turned his world upside-down.

Marie Nadine Gaston was born and raised in Haiti. She obtained a bachelor’s from the University of Miami and spent the first decade of her professional life in South Florida caring for the mentally ill. She returned home years later to do communications work with international development organizations supporting impoverished communities. Nadine is a hopeless romantic and avid reader of historical romances. She is the mother of two beautiful girls and currently lives in Haiti.