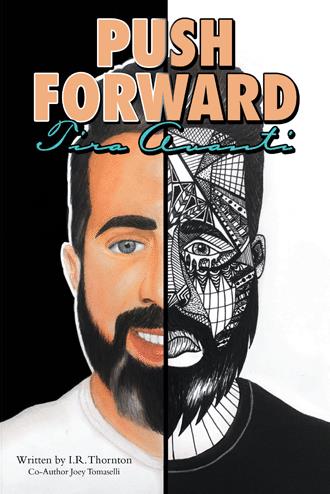 He could hear the old guy working out in the garden. The astonishing smell of cut grass passed him on small rafts, intruders through the open doors and windows. The remarkable tang from the lawn was sweeter than ever before; a concentrated beauty like the sheer whiteness of blossom described by palliative cancer patients fading in the spring. There was a good reason his senses were on alert, and this shall soon be explained. The gardener had liberated this aroma as he struck down thousands of blades of young grass. In their prime. He grafted out there in his spare time, powered by a source of energy that compelled him to work, made him happiest when he was working, and pushed on by a desire to keep working so he was able to make things as beautiful for his family as he possibly could.

“I could never work as hard as my father did for us but if only, IF ONLY, he knew how hard I had worked not to give up. To not end it all. To not kill myself,” Joey thought.

People like to say there is nothing like a funeral to concentrate the mind. Even more so, if it is your own funeral and you know there are just minutes, perhaps an hour or two, left. Once the decision is made, there is apparently sometimes a strange freedom from the agony. But not with Joey. Joey Tomaselli - kind, handsome, funny, and tender Joey Tomaselli - hurt more than ever.

Bleach. Poison. Rope. He did not fancy cutting himself.

He was like a wounded animal, curled up at the end of the sofa on that broiling August Saturday. Like some poor critter one might see on a National Geographic documentary, already in the boa constrictor’s grip. Done deal. Just a startled but doped look in the eye.

He had just had his third shower of the day, and he was more worried about contaminating the material on the couch than any human should have been.

The hedge trimmer started, and more of nature’s finery was about to perish at the generous gardener’s hand. It didn’t need to die. What a waste. The strewn lawn trimmings were already browning in the heat. A single maple leaf was caught in a rare breeze and decided unilaterally to join the grave of clippings below. Three more followed in sympathy within a minute.

The young man’s friends were all away, at cottages, out of the city, with girls, drinking, laughing, swimming and making love. Then laughing and making love some more. He could only guess. His island of solitude was his alone. It had been this way for a while.

He could hear his mother in the kitchen. His loneliness was all-encompassing and not because of the lack of love of this woman and the fine, proud man currently taming nature on his property. His lonesomeness was there in spite of their adoration and loyalty and utter worship for their own flesh and blood. Her red hair, white skin and emerald eyes were the proud Italian tricolore that flew over that corner of Canada. The independent state of Silvio and Mary sat on that rich and fertile quadrant of Ontario. The children had wanted for nothing there. It was their land. They had made it their own, and they were benevolent rulers. And now the old man tended his patch of turf as his forefathers had the pastures of that Italian hillock, proud and meticulous. He knew how he wanted it and how it should look, just as the car engines he fine-tuned and fixed over the years, in melting summers and unreasonably vicious winters. All for the citizens of that single address in Brampton. His Mary, the two girls and Joey.

But no one is perfect. And for every engine he sorted out and every buttercup or tulip that thrived and wilted within his boundaries, it was perhaps just a moment that he did not therefore have on his hands to tell his son that he loved him. But Joey knew this, for he had also seen his own personal National Geographic documentary on that fine species, the Italian male.

So, this was all the more astonishing when Silvio marched in that day, sweat on his brow, and came to his only son, lowered himself to his haunches and to eye level with his boy. He fixed his gaze upon him as if he sensed to perfection what was required.

His hand touched Joey, and he spoke.

And in the remaining few seconds before the magic wore off, the old mechanic fixed everything in the world of his only boy. The boy then knew his suicidal actions would only hurt beyond comprehension this small nation state of Silvio and Mary the most. And the Italians are nothing if not patriotic.

And he paused, stood, and went back to tending his western border. It was the act of a true leader.

Push Forward is the real-life story of Joey Tomaselli, a child soccer prodigy, struck down by OCD, addiction, anxiety, depression and phobias. When Joey’s life implodes, he searches for the answer to his illnesses. He wades through a conveyor belt of quacks and charlatans, and is blessed by others of true wisdom and benevolence. His race to find the source of his anguish and torture is one he has to win or his young life will be snuffed out.

Ian Thornton read Business Studies and German at Sheffield University between 1986 and 1989, where he earned a First-Class B.A. (Hons).
He has lived in many places including California, Costa Rica, Australia, Mexico, London, and his native and beloved Yorkshire before moving to Toronto in 2009.
In the 90s, Ian worked for Broadcast, TV World and Variety magazines. He is a co-founder of the global television industry publisher and market-leader, C21 Media.
His first novel, The Great and Calamitous Tale of Johan Thoms was published by Simon & Schuster in Canada in 2013, and, a year later, by HarperCollins in the U.K., U.S., and the Commonwealth. It was translated across Europe, taught at the Sorbonne, and received a Kirkus Star. https://www.ian-thornton.com/johan-thoms
Ian covered the Royal wedding in London for CTV, Canada’s premier independent broadcaster, and has written for Wisden Cricketer, The Guardian, The Hindu and the Soho House magazine, House. He also wrote on the football World Cup in South Africa for the Canadian sports channel, The Score, and has worked for Queen’s University in Ontario, where the project was presented at the White House as part of President Obama’s new media initiative.
Ian is the official biographer of the Compton cricket club in California and has been a judge on the largest Latin American film festival, Expresion en Corto. He also edited and wrote for the leading San Miguel de Allende tourist guide and website, Portal San Miguel.
His second novel, The Deaths and Afterlife of Aleister Crowley was published to a fanfare in late 2019.
His third book, My Year of Living Anonymously is near completion, and an accompanying documentary feature will have its broadcast premiere on TVO in Canada in 2021. The scripted drama version of Ian’s astonishing true-life story of his remarkable and accidental friendship with the world’s most notorious hacker is next.
Ian lives in Toronto with his wife, Heather Gordon, and their two children, Laszlo and Clementine.