Tiny Tales of a Tiny Dog 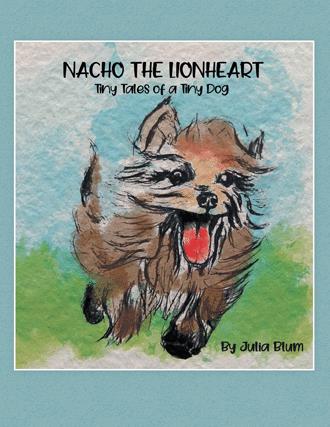 Whenever I see pictures of Yorkshire, in magazines or online, I feel bad for Nacho: on these pictures, Yorkshires are always beautifully combed, with ponytails on the top, regardless of whether it is a boy or a girl. With Nacho, the combing has not worked from the very beginning. After we got him, we were shown how to comb the Yorkshire and full of enthusiasm we set to work. It did not go well, though. Nacho was still a puppy then, but he wriggled and pulled out so fiercely, that combing him became not only a torment for everyone who participated in it but also a real danger to his life: we were afraid to drop or hurt him.

Of course, all these years, we still have been combing Nacho. The funniest thing always happens at the end of this procedure, after Nacho receives a treat as a reward for his suffering, – although it seems to me that it is the one who combs him that has to receive a treat. After that, Nacho always violently shakes several times, as if shaking off all this combing – and indeed, there is no trace of our efforts left after this shaking. And at some point, we had to acknowledge that despite all his charm, Nacho doesn't look like those traditional Yorkshires with ponytails from the pictures. His looks are not very traditional, but his character is not very traditional either. That is what I am going to tell you about.

Nacho is a tiny Yorkshire terrier who unexpectedly lands in a family’s lap one day. His looks are not very traditional—but neither is his character! He is smart, sensitive, affectionate, and compassionate – and across sixteen short stories, Nacho shows his extraordinary qualities in ordinary situations. The tales of Nacho’s adventures seek to destroy stereotypes. Nacho is braver than his physical size would suggest, and as he grows from a funny little puppy to a grown-up dog—still tiny but with a big and loyal heart—he shows that one does not have to be big and strong in order to be special.

Julia Blum is an accomplished adult non-fiction author with over ten published books. Her books have been translated into many languages (German, Italian, Dutch, Spanish, Finnish, Estonian) and published in many countries. “NACHO THE LIONHEART” is her first children book - however, she feels very confident having entered this new creative territory, and very soon the young readers will read the sequel stories.