Her Story, His Love 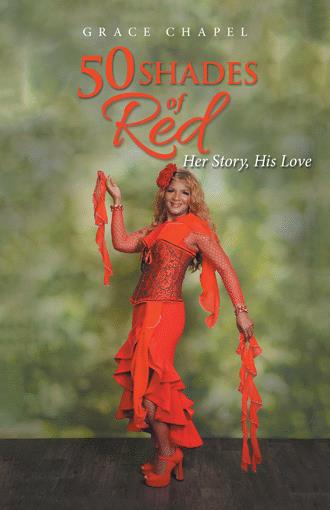 A woman’s reaction to Adultery- The knee jerk reaction of a woman whose husband gets caught in adultery is nothing short of a saint turned into a raging mad fire spreading dragon until everything and everyone who caused her pain is either dead or dying. The Man who took her hand in marriage promised to love her and cherish her until death they would part, But he was unfaithful and fathered a child. A wife and a mistress got pregnant in the same year by the same Man. you can get your last dollar; no woman on earth would refuse the opportunity to retaliate in some way, form, or fashion. Whether she is heard talking about it to others or silently thinks about it, revenge becomes the only itch she needs to scratch. Tires slashed, windows bashed in, clothes and furniture set on fire, testicles cut, and castrated, then his whore shows up as a corpse on the side of the road; this is just a snippet of what she can do if the opportunity presents itself. When a woman reacts to adultery she generally gets out of character, no need to pretend. There is a Judah in every Man and a Tamar in every woman. Judah makes promises haphazardly, which he knows he does not intend to fulfill. Tamar prepares and positions herself to take her portion in life. She is a skilled actress by nature born to perform on the stage of life, bringing nothing but Oscar-winning attention to herself. She played the role of a prostitute in Scripture to obtain the baby that would be promised through marriage to Judah's youngest son. It is well worth your time to learn the Consequences of broken promises, unfaithfulness, and hypocrisy taught us in Judah's intimacy with his daughter-in-law Genesis 38. he slept with a hooker and didn't even know it was his daughter-in-law in disguise. Truths from God's word can keep us from falling. A woman has the potential to do whatever it takes to get what is rightfully hers. A Man's reaction to adultery On the other hand, which Man would forego the chance to strangle the "Don Juan" who gyrated on his wife and made her pregnant? Would he not also be infuriated with anger, malice, and revenge? Whether it was just a knee-jerk reaction or a contemplated reaction, it Is Pretty understandable. Just bust a cap in his nuts sack, he ain't gonna hump another woman again, nope not on my watch! A man who lies with a married man's wife is a complete fool. He brings about his own destruction; he will suffer disease and disgrace and never be free from the shame. The woman's husband will be jealous and angry and do everything he can to get revenge. No payment, no amount of money will stop him (Proverbs 6:29- 35). Unlike the two scenarios mentioned above, the author never fulfilled the avenger within herself. Although many opportunities availed themselves, she was restrained by the supernatural power and presence of God in her life, in many instances God allowed Divine Interruptions and interventions by her Son and Daughter that prevented her from executing the Madden rage of thoughts that haunted her to take revenge and injure her offenders. She would either receive a sudden phone call, text, or visit which would deter her thoughts long enough,which caused her to forget the course of action she was planning before their interruption. No Doubt she was saved by God's grace . She was saved from potential criminal charges, life in prison, and eternal damnation in the unquenchable Lake of Fire for ignoring God's gracious hands, proddings, and prompts to turn around, and change her mind . The beauty in 50 Shades of Crimson and Scarlet is how a stained red heart is made white; Whiter than snow and white as wool. Only by the hands of a Holy God ( Isaiah 1:16 -18). Have you ever been beaten to a pulp like a donkey piñata at a birthday party? All your sweetness, innocents, and merriments, snatched away for the pleasure and fulfillment of others. Well, nestle in a comfy spot with your favorite snack because this Author’s Contemplated retaliation could’ve landed her in a cemetery, prison and hell. She was saved by the world’s best hero, Jesus Christ, and sealed with His Holy Ghost. She writes to reciprocate back to others the love, forgiveness, and holiness she found. Regardless of your past guilt and shame; God’s love transcends every darkened, shade of sin. Although written by Grace Chapel, the three-in-one Father, Son and Holy Spirit are the real stars of 50 shades. See how God responds to Sin and Sinners alike. Whether we know this or not, everyone in the world craves his presence (Haggai 2:7 ). Enjoy your copy of 50 shades and remember to ASK. Acknowledge your sins from birth. Seek the baptism of the Holy Ghost. Know that God desires loving fellowship with you, is knocking at your heart's door with hopes to rekindle that holy relationship you had together before birth (Jeremiah 1:5, Romans 8:29, Psalms 139:13-18).

It’s almost as if author Grace Chapel had the deck stacked high against her from birth—a deck of ungodly evils at the poker table of her life. As a little girl, she was beaten, molested, and raped. As an adult, she was crushed by a divorce after twenty-one years of marriage followed by another heartbreak through infidelity. In 50 Shades of Red, Chapel shares her story. She narrates how plots of vengeance and retaliation flooded her brain daily. To bring the plans to fruition, Chapel needed to totally disconnect from the church and her family. But with her strong faith, could she even consider it, much less be successful? In this memoir, Chapel tells how she was saved by the world’s best hero, Jesus Christ, and sealed with his holy ghost. Through her story, she communicates the message that regardless of past guilt and shame, God’s love transcends every darkened shade of sin.

Grace Chapel, a Guyanese American, is a US Navy Gulf War veteran who earned an honorable discharge, medals, and ribbons and a NASCAR-certified peer support specialist trained to support veterans struggling with PTSD. Chapel has an itinerant elder background with the AME Church and retired as a senior prison chaplain at Florida state maximum security prisons. She’s CEO and founder of Grace Chapel Ministries in Las Vegas, Nevada, providing rehabilitative resources to the homeless population.