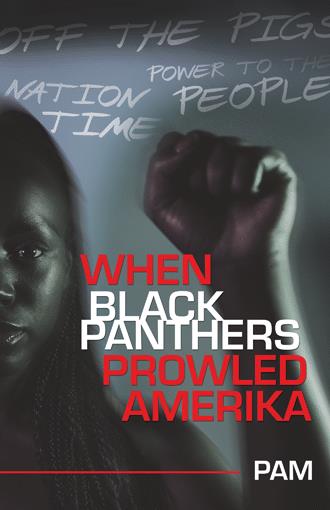 PROLOGUE The Black Panther Party recognizes ... that the only response to the violence of the ruling class is the revolutionary violence of the people. [This is our] basic premise for relating to colonial oppression [in Amerika] where the white ruling class¸ through its occupation police forces…terrorizes black people. Revolutionary strategy…begins with the defensive movement of picking up the Gun, as the condition for ending the pigs' reign of terror by the Gun. ~The Black Panther, April 25, 1970 In 1968, I picked up the gun. It was a Russian-made AK-47, the souvenir of a Vietnam vet who returned home a black militant ready to fight here instead of there, but who also brought back a heroin habit. Huey bought the weapon from him cheap, gave it to me as a gift, and then trained me in its use, insisting it would soon come in handy. As a woman, I did not find it cuddly, but learned to love it anyway. The gun had become our trademark, threatening Amerika with civil war. In their corporate boardrooms and government offices, the ruling class was too complacent to realize that storm clouds were looming, although J. Edgar Hoover, Director of the FBI, had an inkling. The seeds of our revolution had been planted, and the shoots would sprout whenever Huey P. Newton, Minister of Defense of the Black Panther Party, issued the command. I was never among those comrades who hated honkies, but I knew which side of the color divide I belonged. Joining the Panthers gave me a rush, like gambling my entire stake at a casino and awaiting the throw of the dice. Once a revolutionary, I wondered what Amerika would look like when its internal African colony finally took control of its own destiny, rejecting crumbs from the capitalist table brushed onto the floor for us. What sort of new nation would rise from the ashes if a bloody insurrection were to destroy the old? I remember the thrill I felt when I first saw a formation of Panthers at a courthouse demonstration after they had rocketed to prominence as the baddest cats in the civil rights movement and Huey P. Newton was still as free as a black man can be in Amerika. Each man cradled a rifle or shotgun and wore an ensemble consisting of a powder-blue turtleneck under a black leather jacket, combat boots, denim jeans, a black beret, as well as dark sunglasses. I came upon them as they were standing at attention, staring straight ahead, awaiting orders to spring into action. When commanded to move, they marched with military precision, and when they saluted their Minister of Defense, it was the black power salute, right arm stiffly extended at a slight angle above the horizontal, fists tightly clenched. I was particularly struck by their rough-hewn bearing and flinty expressions—these men were ex-cons and gangbangers who had traded in their formerly crude criminal ways for disciplined revolutionary commitment. My heart melted at the sight of these once-errant brothers who were now converts to serving the cause of our people. Huey P. Newton called it “redemption,” akin to being born-again as a religious experience. To me, they were so appealing in their Panther uniforms that I had to resist a temptation to embrace them one by one.

Nef, short for Nefertiti, is born and raised in the French West Indies. Her mother is a devout Catholic who believes in racial integration, while her father advocates armed revolution to bring down white rule around the world. Nef attends college in New York, graduating with a journalism degree, and then participates in the 1964 “Mississippi Freedom Summer” project led by Martin Luther King Jr. Back in New York, the editor of the Harlem Herald hires Nef as a reporter. She covers fires and crimes in Harlem until her editor assigns her to do the newspaper’s first-ever investigative report, covering the Black Panther Party in Oakland. Following the Party’s astonishing rise to national prominence, she meets Eldridge Cleaver and Huey Newton. Cleaver wants to unleash the Panthers immediately in guerrilla warfare against the police, whereas Newton wants to establish community programs in order to enlist the support of the black community when he decides to order the revolution to begin. As Nef gets more intimately familiar with Newton (whom the Panthers reverentially call “Servant of the People,” or “Servant” for short, and the FBI dubs as the “Black Messiah”), she begins to question his veracity and intentions.

In 1964, Pam joined a thousand college students participating in the “Mississippi Freedom Summer,” under the guidance of Martin Luther King Jr. Following this life-changing experience, Pam returned north to lead a civil rights group in Buffalo while earning a PhD in clinical psychology. Pam currently practices in the Bronx, New York.