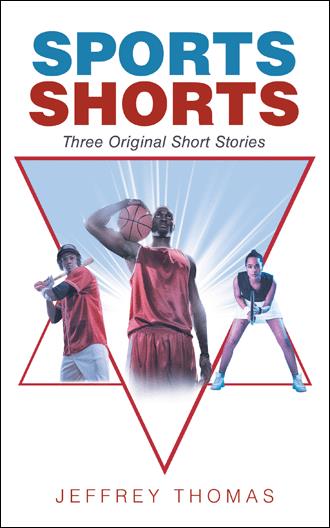 "Full Count" - "His team, The Oak Valley Reds took first place in their division. Jasper was named the MOP - Most Outstanding Player. Standing 5'9" tall with a natural build, with speed, strong throwing arm and a keen eye at the plate, and still growing. The college scouts already have him on their radar."

"Double Fault" - "After their run, they head over to Jim Gilliam Park to practice on their tennis game. They play for their high school team, View Park Lady Panathers, an all girls school. They are doubles partners. Savana is one of the best players on the team, and Katrina is hot on her heels as the next best. They have been best friends since elementary school. Both of them are very competitive. Now that they are in the 11th grade, they want to be the best in the state, and earn scholarships to college."

"The Practice Squad" - "Two days later, outside the gym, Coach West has the members of the Middle School Basketball team listed beside the Girl's team. Of the twelve names posted, mine is not there. I was heart broken. Eugene made the team, he was very excited. He told me to try out again next year, and to work on my game. On the girl's roster, I saw that Portia made the team"

In Sport Shorts, meet three different student athletes struggling to navigate their busy lives and reach their individual goals while dealing with the everyday worries of high school.

“Full Count” is about Jasper Green. Follow him as he transitions from middle school to high school as a star baseball player. “Double Fault” is the story of Savana Jones, one of the star tennis players on her high school team, as she tries to earn an athletic scholarship for college. Finally, in “The Practice Squad,” Alan Berry pursues his passion for basketball in a way many athletes would never consider.

Each story portrays the difficulties student athletes face while also celebrating their successes. High school athletes have many decisions to make upon leaving high school, whether they enter the pros or attend college. Follow these three as they build their own varied paths to success.

Jeffrey Thomas was born in Lawrenceburg, Indiana, and grew up in Louisville, Kentucky. He attended the University of Louisville, where he earned his Bachelor of Arts degree. After moving to California, he worked for Robinson’s Department Store before joining The Carsey-Werner Company. In 2005, Jeff moved back to Louisville, Kentucky, where he now works in education. This is his debut novel.