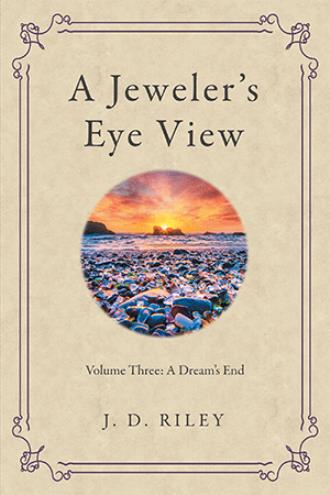 Sam leapt at the line of men, trying to outflank them and get to his house, but the move had been anticipated, and several men swung their clubs. He ducked, barely dodging them, then reached for a garden tool as a weapon, but could not get to it before the circle tightened around him. The phone in his house was a million miles away.

Rasputin began growling and snapping viciously at Sam’s attackers, and yelped with pain as one of the clubs connected with his ribcage, but he quickly recovered and unleashed an attack on his assailant with unanticipated ferocity. He grabbed the leg of the man, which caused him to curse loudly and yell for help. Within moments, six men moved in and unleashed an attack on the dog, whacking at him wildly, though the dog managed to dodge the blows as he held and ripped the calf muscles of the first man with his teeth.

He finally yelped with pain from a blow that connected solidly with his back. Three more blows came down on him in rapid succession, leaving him yowling in pain. In spite of this, he continued to snap and growl at his assailants.

With the distraction created by Rasputin, Sam was able to reach behind him and grab a spade leaning against a wheelbarrow. He swung it over his shoulder in broadsword fashion and dashed straight at the men beating his dog.

“Rasputin! Come!!!” He yelled, hoping to rescue the dog from further injury, even though the vicious attack on the dog continued unabated. A final yelp from the dog followed by silence led Sam to swing the spade in a circle over his shoulder with a roar of rage, determined to get to him. One of the robed men yelped with pain from the blows.

Within moments, four Klansmen rushed him, leading him to swing the spade with added ferocity at the head of the first man. Though the man attempted to duck beneath the blade, Sam was still able to connect with the man’s temple with a loud thwack, sending him sprawling in the dirt, blood beginning to soak through his white hood. Before Sam could swing his weapon again, he was hit in the back of the head with the butt of a rifle, and he was knocked to the ground. He lost his bearings enough to have the spade snatched from his hand.

He quickly ducked low underneath the grappling action of the two men attempting to grab him from behind, causing them to stumble past him. Then, with some skill from his days as a pugilist, he spun around swinging his fists with the effect of a skilled boxer, he planted a left roundhouse solidly into the temple of one man and then a right cross straight into the hooded face of the other, dropping both men to the ground.

Sam immediately turned and dove at the weakest link in the circle of Klansmen in an attempt to break through, but to no avail. Ten men were on him in moments and had him on his knees, kicking and punching him with unbridled ferocity. His hands were roughly yanked behind him and bound with rope. He slumped down in pain, breathing heavily, as the robed men closed the circle tightly around him.

“Sonofabitch!” The man who’d been bitten by Rasputin growled, rubbing his leg.

“Bring it!” Another man yelled, who was wearing the solid black robe of an Imperial Wizard and who was apparently in charge.

Two men fell out of the circle and went back to the closest van and crawled up on its roof, quickly working to unstrap a fabric-soaked cross that had been mounted on top, and dragged it into the circle. After pounding a long, heavy metal spike into the earth, they quickly strapped the cross to it and lit it. Within moments, it was a blazing torch before Sam’s slumped frame. He turned to face the glowing ember that had come to be known as the symbol of terrorism against his race for over a century. He dropped his head and closed his eyes, muttering a silent prayer.

The Klansmen circling him began to whoop and holler with delight, pleased with the effect the fiery cross had on him. Through raucous jeering, they promised to inflict more violence before they were through.

Another robed figure emerged from the last van, but his robe was different from the Klan robes of the others. Unlike the traditionally-robed Klansmen, his long, monastic-styled robe with a black-sash around his waist was more in alignment with the garb of the Ekkklesia of Yahoeh. The hood the man wore was beige burlap, with eye-holes sewn over with a semitransparent black cheese cloth mesh. The burlap had the face of a scarecrow stitched into it. The macabre, cadaverous, stitched grin on the mask was designed to strike terror—and it did.

“One of Hightower’s men…” Sam muttered under his breath, as he studied the figure.

“Yeah; that’s him!” The man behind the mask said to the Imperial Wizard. “He’s the one who did it.”

“Well, well, well!” The Wizard said, as he took a step towards Sam. He paced in front of him, obviously pleased. “It looks like our little hunting expedition has been successful tonight, boys. Our first quarry run in Georgia, and we’ve already treed a prize coon!”

The epic saga of Jake Goodson comes to its conclusion in Volume Three of the trilogy, A Jeweler’s Eye View.

The spellbinding finale of the story begins with Jake Goodson and Sam Bailey in jail for the crime of a murder they didn’t commit. The incriminating testimonies and fabricated evidence brought against them are the result of the religious cult’s efforts to destroy them. At first, they seem to succeed. As the two men are left with the daunting task of exonerating themselves and even fighting for their very lives, they relentlessly continue their attempt to rescue the children from the Ekkklesia of Yahoeh.

The megalomaniacal leader of the Aryan sect allows his ambitions for power and religious supremacy to draw his followers into battle with all in the outside world who oppose him. While Hightower convinces them that all “outsiders” are in league with the Devil and must be destroyed, he focuses on removing everyone who gets in his way. As a result, he is brought face-to-face with Sam and Jake in a final epic battle. Jake attempts to outflank Hightower by infiltrating the Ekkklesia of Yahoeh, and this has turned on him as he is now immersed in his own rite of exorcism. The brainwashing strategies brought to bear against him invariably drive him deep into the psyche of his personal nightmares in ways that are completely unexpected.

As this exciting trilogy concludes, the forces of good and evil are brought into a final showdown as the battle unfolds between the religious cult and the two men trying to rescue their children from its grip.

J. D. Riley is a licensed therapist who has worked in addiction treatment since 1982. He earned a bachelor’s degree in philosophy and religion from Berry College in Rome, Georgia, and a master’s degree in counseling from the University of Georgia. He is a US Army veteran who has a special interest in victims of PTSD, and cults and the psychology behind them. Riley currently lives with his family in Atlanta, Georgia.