Just Not Enough to Love 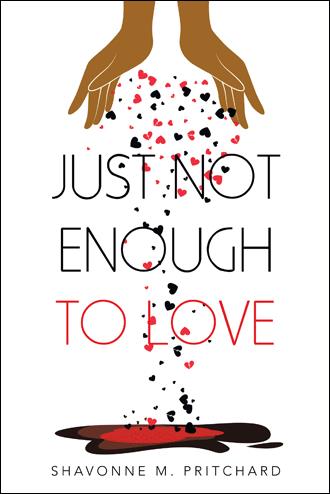 It had been seven long years, and life had taken its toll on Claire. Life had been an emotional roller coaster ever since the gruesome and unsolved murder of her first husband, Vincent, and her love affair and marriage to Manny. Most emotional of all is the fact that her daughters were no longer girls but grown-ass, twenty-five-year-old women who were fresh out of college, working at Hot Damn Films as executives in training, and ready to make the world their own. Claire didn’t know which way her head was turning, but it was possible that things could get a little bit better soon. Even though Countess and Christina were adults and living the lives of innovative twentysomethings, the girls still lived with Claire and Manny. However, they were determined to save some money and move out eventually, because the good Lord knew that living with Claire meant drama—and not in a good way.

At a quarter past six o’clock, the twins pulled into the driveway of their parents’ home after a long day’s work. They noticed that the sun was still shining, the birds were still chirping, and everything seemed to be well for a Friday evening in Texas. The sisters got out of Countess’s car and entered the front door. As they took off their suit jackets, they were met by some strange, loud noises coming from upstairs, near their mother and stepfather’s bedroom. Curious by the sounds, Countess decided to call out to her mother to see if she was all right. “Hey, Ma, are you up there?” There was no response. The sisters looked at each other, perturbed, and walked slowly up the stairs, calling out for Claire again. “Mom, are you—”

Before Countess could say another word, the girls heard their mother’s sound of pleasure coming from behind the bedroom door. The sounds of moaning, groaning, screams, body-on-body contact, and gasps filled the air. Countess and Christina covered their ears and ran toward their separate bedrooms. The twins were surprised and grossed out to hear a deep voice like Barry White’s—not Manny’s voice. It seemed to be their uncle Virgil—a man they had gotten to know quite well after their father’s death and who strongly resembled their father.

Christina ran into her room, dropped her purse on her bed, dashed to Countess’s room, and quickly shut the door. While inside, the twins laughed hysterically and gagged at the same time. Countess broke the ice and tried to compose herself. “Chris, okay now, this is not funny. First of all, where is his car? Why hide? Second, I can’t believe Mom is in that room fucking her brother-in-law’s brains out while Manny is at work!”

Trying to collect herself by wiping the tears from her eyes from laughing so much, Christina gave her sister a side-eye and exclaimed, “Girl, jealous much? Mommy is grown, and if Manny can’t satisfy her ass the way Uncle Virgil is doing right now, then I say go right ahead. I think this shit is funny as hell. But let’s be honest: you do realize that Mommy is doing the same shit that Daddy did to her all those years ago. I guess she feels that now it’s her turn. Face it—we are surrounded by ratchet-ass sex fiends.”

Countess knew her sister made some valid points, but she still didn’t like the fact that her mother and uncle were betraying Manny, a man who had left his whole world behind in the Fiji Islands for Claire. To Countess, no good was going to come from this affair, even though it had been going on for so many years.

After being home for about ten minutes, the sisters changed out of their work clothes, went downstairs to the kitchen to grab a snack, and went back upstairs to Christina’s room to converse about their days. Then they heard what appeared to be their mother’s bedroom door squeaking open and footsteps coming toward their open door. “Knock, knock. Hey there, what are you two doing home so early?” Claire asked. Her face still was covered with that after-sex glow. The twins looked at their mother like she had two heads. Claire stood in the doorway wrapped in a white sheet that was obviously from her bed. Her hair was in disarray.

“Um, Ma, we always come home after work at this hour. What are you talking about?” Countess said, annoyed, as she plopped her behind on Christina’s king-sized bed.

“Look here, little girl, don’t get sassy with me. This is my house, and I’ll ask whatever questions I damn well please. When I ask you something, y’all better answer me. Don’t forget I’m the parent, and you are forever the child!” Claire shouted, clutching the sheet to make sure it didn’t fall off and reveal her nakedness. “All I’m saying is that the next time y’all roll up in my house, you’d better make your presence known before I—”

Christina interjected. “Mommy, you are bugging the hell out. Countess called out to you twice while we were downstairs. You and your sex buddy couldn’t hear her because—”

Claire held her index finger up to her lip, motioning for her daughter to shut up. She didn’t want to hear any more about her sexcapade. All Claire could do was look at her daughters in shame. She held her head down and left Christina’s room without another word. Christina and Countess looked at each other, busted out laughing, and continued with their conversation.

Claire made her way back to her room. She opened the door and noticed Virgil stretched out on his back, arms folded under his head, fully naked—and hard as a rock. “So, babe, did you square things with those little busybodies you call my nieces?” Virgil said while grinning like the Cheshire cat.

Claire didn’t say anything at first because all she could think of was Manny finding this smooth, dark-chocolate man glistening from sex with sweat in the bed they shared. Escaping her thoughts, Claire shook her head and said bashfully, “Yes. They’re just changing their clothes and leaving—I’m sure of it. But shit, how awkward was that?” Claire took off the sheet and climbed back into bed with Virgil. She noticed her seven-carat, pear-shaped diamond wedding ring shone ever so brightly on her ring finger.

“Well, I guess it’s better to have them catch us than that punk-ass man you call a husband. I say it’s a win. But you know what, babe? It is getting late, and I have to go back to the station to finish up some paperwork. I’d better get going.” Virgil hopped out of the bed and started to put on his maroon silk boxers that Claire had bought him for his birthday.

Being married to former NBA player Vincent King made Claire Hutchinson think she had it all. For a time, it appeared she was right, but then, it all fell apart in a downpour of lies, deceit, and betrayal.

Claire doesn’t give up. She marries her Fiji lover Manny Barrington and again expects to find lasting happiness while living with Manny and her twin daughters. Too late, Claire realizes the past always comes back to haunt.

A killer is out to ruin her world, and Claire must find a way to survive or meet her maker. She is determined to defend the people she loves and make her life better, but at what cost?

As an author of short story, Too Many To Love and Emotions Life’s Journey, Shavonne Pritchard is a writer that creates work that will leave you in tears from laughter, suspense, and wanting more with every page turner.