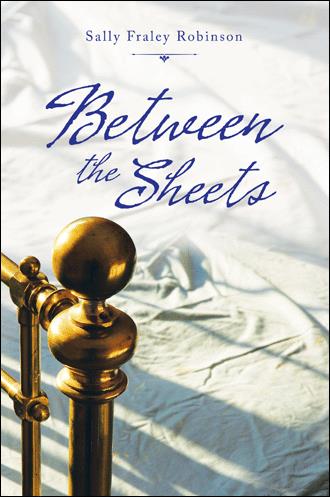 She would be finished with her seminar by four o’clock, and their plans would begin. Never had he planned for a weekend so carefully. He was waiting for her when she exited the conference room. Her long dark hair cascaded down her back. He had to have her—had to.
“I have a surprise for you,” he said, looking at her possessively. He took her arm and led her out to the street. Waiting for them was a white open-air carriage with a horse and driver.
“Ryan!” she screamed in delight.
“Come. I have our evening planned. I think you will be pleased.” He helped her into the carriage, where he had placed a single long-stemmed red rose on the seat. Her smile was worth all the planning he had done. Yes, he thought to himself, I will have her. He would have her that night.
The coachman drove them to the park Ryan had located earlier that day. He remembered her love of water. He was leaving no detail to chance. A picnic dinner had been packed by the hotel staff. He’d included a bottle of his favorite wine, a merlot with a nice plum-and-berry flavor he thought she would like. He had chosen a grassy spot overlooking a small lake. Yes, he thought, he had really outdone himself. He had never planned anything so carefully, not even for Maggie, his wife of forty-plus years. He should have felt guilty in acknowledging that fact, but he did not. Not the least bit.
Ryan had set the stage for the evening: a large, thick blanket; food; and a playlist of romantic songs. It was time for the seduction to begin. The conversation was quick-witted, with numerous sexual innuendos. This was going to be far easier than he’d thought. He accidentally brushed her hand when he reached for the cheese.
“Excuse me! I am so sorry,” he said.
“Why?” she asked. “Aren’t you planning to have sex with me later tonight?”
He was shocked by her directness and started sputtering. “Ah, um, well, I—”
“Ryan, you goose! You had no reason to be here this weekend. You do not have a meeting. You came for me, to be with me. To be honest, I have always wondered what it would be like to sleep with you. You know what they say about still waters running deep.” She laughed.
“I can answer that question for you, but you have to understand that I cannot make you any promises. I am married.”
She looked at him with such intensity he thought he would die. He was shocked when he heard her speak.
“Ryan, I don’t want to keep you. I just want to fuck you.” She laughed.
His heart stopped. How could this be? To make love to Suzanne was his fantasy. To have her and claim her as his own. Had he heard her correctly? Had she just said that?
“Suzanne, are you sure about this?”
“Yes, I am,” she said with a smile.
“Then let’s go back to the room.”
He called the coachman, and they headed back to the hotel. They reached his room first and tumbled into its entry hall. He pushed her onto the bed and began kissing her face, neck, and lips. She managed to skillfully return his movements. She kissed his cheeks and heard him moan in pleasure.
“Oh, Suzanne! That feels so good. It feels like my skin is on fire.”
She continued to his neck, sucking and licking on his chin. When she placed her tongue in his mouth, he shuddered with delight.
“Ryan, I want you to take your clothes off. All of your clothes. Off. I want to see your body. All of your body.”

Suzanne has always intrigued Ryan. Following their class reunion—and despite Ryan being married—the two embark on an affair that is kept secret for eight years. Over the course of this time, Ryan can never get enough of Suzanne. Clandestine rendezvous occur as often as possible, always in beautiful hideaways where they can avoid running into anyone they know.

Alaina and Brynn are also ex-classmates of Ryan and Suzanne. Alaina has always been inquisitive and, some would say, even nosey. She suspects something between Ryan and Suzanne. How far would she and Brynn go to reveal a secret? Ted has been Suzanne’s friend since college, and he enters the mix wondering if nice guys really do finish last. Finally, Maggie, Ryan’s wife and the mother of his only child, is unaware of her husband’s relationship with Suzanne … or is she?

In this messy situation, the mix of two men and four women equals deception—but who is deceiving whom? With deception naturally come lying, so who is the best lair? It’s hard to say in this group of “frenemies” who walk down a path of betrayal and destruction

Sally Fraley Robinson is a native West Virginian but currently calls central Kentucky home. She holds a bachelor’s in history from Berea College and a master’s from Eastern Kentucky. Now retired, Robinson taught grades five through twelve and served as an instructor in the Department of Education at Berea College. She is also the author of Belle’s Special Assignment.