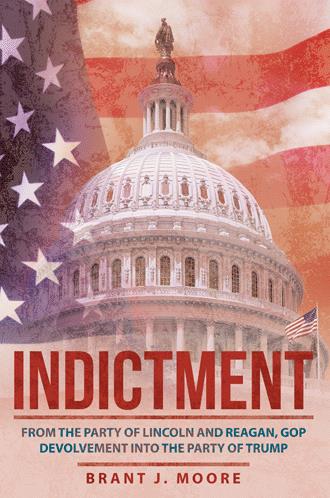 The charge that someone is a traitor is not something to be expressed casually or carelessly. It requires evidence, and it must clear a high bar to be taken seriously. A person involved in espionage (primarily for money) by providing state secrets or critical military information to an enemy country without explicit permission of our government is obviously guilty of criminal treason. A traitor, however, can also be someone who takes actions or speaks falsely about his country to harm its status in the world and to destroy or to cripple its values and institutions. There are many actions or public statements that could be categorized as traitorous even if those actions or public statements do not meet the strict definition of punishable criminal treason.

While Donald Trump might not be prosecuted as a traitor, his traitorous acts will not be forgotten by history. In this opening chapter, I have discussed in some detail several of Donald Trump’s most egregious acts against our country and its values. In his book Traitor A History of American Betrayal from Benedict Arnold to Donald Trump, author David Rothkopf provides a comprehensive list of Trump’s traitorous assault on the values, traditions, and character of our nation.

The overwhelming scope of his traitorous actions in some ways served as a buffer, preventing Americans from remembering everything and holding him accountable for anything. The four years of chaos, the constant feeding of misinformation and unfounded conspiracy theories, and the unwillingness of his supporters to seek truth rather than embrace falsehood has enabled him to continue his reign of terror against his country for four years….

The unwillingness to accept the results of our presidential election might be the worst of all things done by the Trump administration. The results of the presidential election of 2020 could not have been any clearer. Despite the tweeted denials by Trump himself, despite the protests of Trump’s supporters, and despite the feckless attempts by many Republican leaders to continue coddling this president’s ego and cowering before his supporters, Donald Trump, the nation’s 45th president, lost this election decisively!

While Trump flailed in his efforts to avoid conceding defeat, the result has spoken for itself. The incumbent president lost the popular vote by more than 7 million votes. This was the largest spread in both raw vote total and percentage of total vote that a challenger has defeated an incumbent president since the 1932 presidential election, Franklin Roosevelt’s defeat of Herbert Hoover. The electoral vote was 306 for Joe Biden, 232 for Donald Trump.…

During the past year, the abject, willful failure of President Trump to take needed steps and to demonstrate leadership by rallying the American people to adopt measures to help slow the spread of the coronavirus was shocking for most of us to watch. With continued vacuous leadership during Trump’s lame-duck period, it was even more important than ever to make the transition go as smoothly as possible to alleviate the mistakes and overall mismanagement of the past year. America needed Joe Biden and his team to be able to hit the ground running on January 20th. The victims of Trump’s negligence were thousands of Americans in the absence of a well-coordinated national response to the winter spike in infections. The difference between these two men regarding this pandemic could not have been clearer after witnessing the past two weeks since the election. Joe Biden had a sense of urgency to call for and coordinate a national response to mitigate this uncontrolled nationwide spike in new infections and the crippling impact on our nation’s health, our economic well-being, and our national psyche.

Donald Trump, on the other hand, wallowed in self-pity, personal grievance, and uncontained rage over his humiliating electoral loss. Trump still could not grasp the moral imperative of being a good steward to his countrymen. He continued to boost unfounded conspiracy theories about imagined voter fraud simply to stoke the fires of anger and ill-will within his voting base in a vile attempt to maintain control of the levers of power within the Republican party and to keep his followers in thrall to him. With the number of dead Americans climbing by over 3,000 per day and millions of Americans out of work and needing economic support to keep their businesses from failing (particularly restaurants), Donald Trump gave us a real look inside his heart and mind. He demonstrated each day his single-minded determination to put his misplaced personal goals ahead of the national interest.

Calling someone a traitor requires evidence—something that Donald J. Trump has provided ample amounts of to the world.

Brant J. Moore, a former lifelong Republican, financial contributor, and operative, picks apart Trump’s presidency in this damning account of his legacy. Chapters can be viewed as the individual elements of an indictment of the former commander-in-chief.

The author examines Trump’s mendacity, incompetence, and attacks on the rule of law that culminated in the Jan. 6, 2021, storming of the United States Capitol by an angry mob. He also calls out Trump’s drift toward authoritarianism, his refusal to transfer power, and traitorous acts.

Even after the death of a fellow Republican and war hero, Sen. John McCain, it’s reported that Trump told senior staff, “We’re not going to support that loser’s funeral.” When he saw flags lowered to half-staff, he became enraged.

Get a good look at a wealthy, spoiled brat who can’t grasp the true meaning of service or patriotism and find out why we must scorn the Republican Party until it abandons Trump in Indictment.

Brant J. Moore and his wife, Louise, are retired and live in Greensboro, Georgia. They were lifelong conservative Republicans. Brant worked as a volunteer and was a financial contributor to various Republican candidates over the years. In 1980, he professionally managed a campaign for a U.S. House seat in Georgia. His business career included work in treasury management, business consulting, and financial planning in several industries. He earned a Bachelor of Arts in political science from the University of Wisconsin, Madison, and a Bachelor of Business Administration in industrial relations and an MBA with an emphasis in finance from the University of Wisconsin, Milwaukee.