A Guide to God after Grief 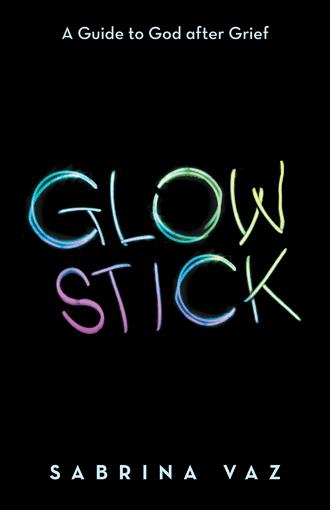 Doctor Clancy was waiting for me, seated on the edge of one of the couches. The television set that dangled from a thin black bracket behind him was muted. I reluctantly sat across from him in a large tan armchair, I felt my eyes meet his in what was a pleading attempt to not have his lips express my biggest fear. He looked uneasy and he called me Mrs. Barros. “Your husband is resting comfortably.” Nervously he played with the corner of the long white jacket he was wearing with his name neatly embroidered on the left breast pocket. “I had to close him back up.” He swallowed, “the cancer is everywhere. It’s pretty progressive and its already encroaching on his pancreas.” There it was, the C- word. I heard it clearly. That wasn’t the worst of it the doctor also mouthed the word pancreas. Years ago, when my first husband was sick with lung cancer, I went in to get my hair trimmed. The hairdresser, a woman only about ten years older than I was, who I had known for a long time, told me she was diagnosed with Pancreatic Cancer. That was my last haircut with her, six weeks later she had passed away. I was briskly cupping my right fist into my left hand as my upper body rocked back and forth, tears sliding down my cheeks in an unending stream. I could hardly breath. The pain in my chest was an intense stabbing that I had never known before. “Doctor Clancy are you saying its Pancreatic cancer?” “No Mrs. Barros its stomach cancer however the tumor is so large that is touching on the pancreas.” I nodded than I asked, “what stage is it?” I already figured out it had to be fairly advanced, but I wanted to know, I needed to know how bad it was. When he replied Stage IV, it was like God had ripped out my heart. I screamed “Why God - Why have you done this to me again?” I knew all my brother in laws were in the room, I heard tears and sighs, but I didn’t know who had come behind me and tried to comfort me with a hand on my shoulder. I felt numb, paralyzed. Every one of my worst nightmares had come true. My life, my beautiful, normal, comfortable life that I had taken for granted for so long, had been obliterated in one brief conversation with a man I hardly knew. How was that possible? At that moment I blamed God. I was filled with fear and weariness. I couldn’t imagine how bad my life would get or how I could get the courage and strength to get through it. I didn’t understand at that point in my life that I would be victorious through this trying time because Jesus was. I also questioned God’s love for me. I felt abandoned and alone even though I was surrounded by family.

If you’ve lost someone you love, you’ve likely experienced some or all the following emotions: anger, loneliness, fear, confusion, and guilt. You may have even felt like there were no more good days ahead for you. Perhaps you still feel that way. As someone who has lost two husbands, Sabrina Vaz has felt all those things and more. She knows that losing a loved one is not an easy road to walk as you’re accustomed to having someone else by your side. She also, however, notes that even if you’ve lost someone you love dearly, you are never truly alone. Through God, you can find the love and strength you need to walk down a path of promise. In this book, the author shares how hard it was to suffer so much loss, including having to watch her second husband, Ricardo, battle years of illness. She still misses him every day, but she has survived by the grace of God. The author prays that her testimony will touch others with tears, laughter—and most importantly—a desire to live, love, and shine through with God’s mercy and light.

Sabrina Vaz has been dealing with grief since age eight—a journey that has brought her closer to God. Through her work to heal her own pain, she has been able to help others cope with losing loved ones. She has developed an exercise program to help grieving women recover from the pain of loss. She lives in Richmond, Virginia, and also spends much of her time on Cape Cod, Massachusetts.