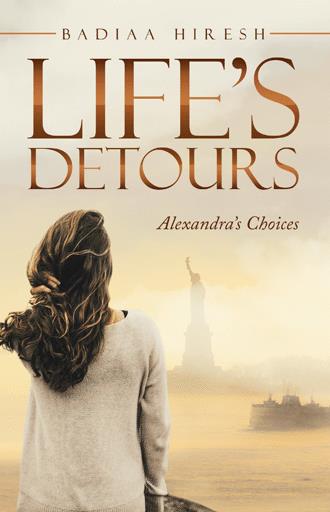 I don’t know how to launch from here. I’ve reached a point where all I have is myself. I look around, and I see people smiling. I look at them, and I smile in return. Honestly, I don’t know why I smile; all I know is that my smile got me here. My personality led me to today’s outcome, and with no regrets, I am looking back, trying to understand. This book tells many stories, but basically, it is the story of one woman. It is the “What if?” story that every woman tells herself. What if I had taken the other route the day I stood at the crossroad and wondered which way to go? The answer, of course, is uncertain.

I was a small-town girl born on December 6, 1964. I was born to a family of six children: four sons and two daughters, including myself. My father was a farmer, and his dream was to open his own farm. My mother was a beautiful lady, but more importantly, she had a beautiful soul. She was the one who kept the family together and the ties to the community connected. Mainly, she tried to build the dairy empire my dad always dreamed about. The small town I belonged to was in the United Kingdom. It was called Farmville. The population was about sixty thousand, and it was well known for its products, greenery, and welcoming environment; additionally, it was by a seaport that connected the UK to the outside world. I was the youngest of the family but the one with the biggest dream and the most guts. My dream was bigger than the small town I lived in, and when I looked at my parents and how hard they worked, I would tell myself, No, not me—I will never end up a farmer. I used to look at my dad, who had white hair covering his head at the age of forty, when he came home late at night with barely any energy to speak, while my mom stayed up all night working

This story is about women and for women.
Can broken hearts be mended?


Alexandra is a dreamer, the youngest child of a large, reserved family. She longs to escape her small-town life and begins a secret life when she is nearly sixteen, singing at a small pub in the next town over. Her parents find out and give her a choice: stop singing or leave home. She leaves and soon finds herself involved with a much older man. When she discovers she is pregnant, however, her entire life changes once more. She sets out on a journey to a big city, determined to make her own choices and find her dreams, regardless of the challenges she faces.

Between the life chosen for us and that we chose, we learn lessons that we forget with time. We end up sinking, derail from the right path, and then miss opportunities as we dread embarking on new waves, thanks to the depth of the wounds caused by those closest to us. But when we feel most disappointed in ourselves, we must be strong and remember we deserve happiness, justice, and success.

This novel follows the life and journey of a young woman facing an unexpected pregnancy without support from anyone and choosing to chase her dreams anyway.

Badiaa Hiresh was born in 1964 in Lebanon, where she lived and worked, raising two daughters. She also lived in the United States, which gave her an international perspective on her home country. She has worked in the family jewelry business and in education and encourages women to speak through her blog, Your Everyday Coffee. Hiresh is also the author of Mommy, I Am a Pacer and Where Is My Angel?