All Men Are Created … An American Story 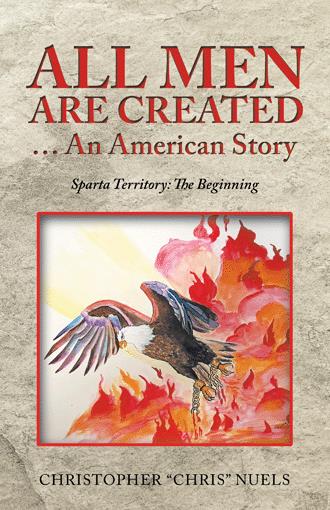 The initial hooting and hollering at the news of the war ending was tempered by the loss of their favorite son, President Lincoln. Overall, the men were happy that they had taken part in the demise of what many considered the evil rebellion. They had all shared in some way the atrocities of the rebellion and knew that its demise was better for the country. Most of the white soldiers started talking about heading home and trying to pick up their lives and see if they still had wives, children, and family members still alive. For the black men, they didn’t completely understand what the end of the war meant for them. Were they now considered citizens and free? Could they now raise their heads and look white men in the eyes as equals, without fear of being beaten or hanged? Would they be provided the education that was provided to white men and be allowed to own their own land without fear of being slaughtered by angry white people? So many questions. Before the war they were considered live stock and property. They had originally fought out of revenge and the need to do something that put food in their mouth. What better way to get back at white men for all the atrocities they had witnessed throughout their lives. However, in the back of their mind, they also wanted to prove that they were just as capable of doing everything the white man could do. More than just proving to the white man, deep down they needed to prove to themselves that they were equal. The war had given them the opportunity to become men. Something that they would never lose again. After being free for so long during the war and now faced with the uncertainty of their status, the former slaves knew that there was no way they would go back to being a slave again. They would die and die as men now if they had to.

It is 1865 in a war-torn America as battles between the North and South rage throughout the land. The book follows three former slaves and their journey from bonds of slavery to the mantle of leadership. Amra, born a warrior prince in Africa and brought to slavery through treachery. He is a warrior seeking to retain his African values and estabhish himself as a man in an environment intimidated by his very presence. Fieldhand, born into slavery and content in his life as a slave until one night of tragedy transformed him into a crazy, cold-blooded murderer. He satisfies his hate with the blood of the Confederate soldiers and the Negroes who helped them. Fessa, born free and adopted by a college professor who ensured he was provided a world class education. Both, later paid the price for his kindly act when faced with the ugly brutality of the South. Follow as the three men shed the shackles of slavery for the burden of manhood and leadership and join the fight for freedom as part of a special unit comprised of former black slaves and a white prisoners. Each sets out on a journey to find freedom in a country where their enemies are determined to keep them in servitude. , All Men Are Created … An American Story is the historical tale of the trials and tribulations of characters of color as they transition from a lifetime of slavery to men, and finally to leaders.

Christopher “Chris” Nuels is a former Major in the United States Army and Bronze Star recipient. Since his transition from the military, he has been a bank and non-profit executive and is currently a Strategic Advisor for Air Force Civil Engineering Center Installations. Chris is also the founder of a nonprofit, A&B’s Please, that assists youth in attending college tuition-free. He is the father of three and resides with his wife in San Antonio, Texas.