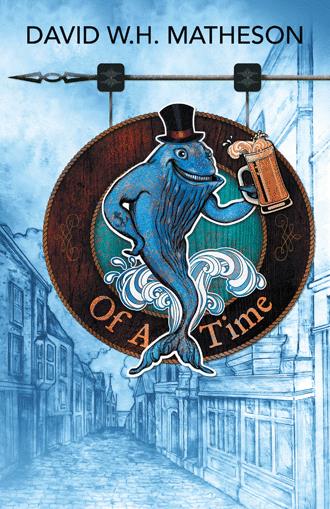 “Listen to yourself, George. Take a look in the mirror the next time you speak,” Tommy Boland retorted in defense of Mudd.

As he reached the front of the small stage, Mudd turned his attention back to the councilman, the emotion once again rising. And taking Tommy Boland’s lead, he continued. “Let’s all look at ourselves then, deep within our souls. How are we perceived? Each and every one of us here tonight. How will we be perceived by future generations, Mr. Gordham, if we do not change our very own perception, our ideology?” And then turning his back to the councilman and facing the packed house, he spoke to the inner sympathies of the crowd.

“Will not the bright sun and the blue heavens testify against us?

“Do not our laws apply to all people? Or are they for just a chosen few? How will we, the people of this time and place, be perceived, Mr. Gordham?” Mudd turned quickly, his gaze falling on the short balding councilman, as cheers and chants and outcries of civility were launched at the podium.

And then, turning back to the erupting crowd, he spoke loudly with great conviction. “Will not the hawk that soars a thousand feet above see all? Or the great northern winds whisper the truth of our ignorance, our failure, our crimes against humanity, our damnation, for years to come? Now is the time, Mr. Gordham,” Mudd bellowed.

“Now is the time, all of Verness.” Mudd raised his voice and his hands toward all of the townspeople present.

“Now is the moment in history where we must do what is right—to set straight our ways, to right a horrible wrong, to rise above the threshold we have set before us and reach for the heavens. For all men, Mr. Gordham, are created equal.”

The crowd roared in agreement amid cheers and jeers. Many pushed forward and rushed the stage, climbed the podium, and stood cheering and clapping in awe of what had transformed and their subsequent revelation. Others yelled and argued among each other.

Many crowded around Mudd, patting him on the shoulders; shaking his hand; and flooding him with a cacophony of requests, accolades, and questions.

“Well-spoken, sir! You’re a fine orator,” cried out another.

“You should run for office, Mr. Mudd,” called out yet another.

Mudd suddenly realized the crowd was beginning to overwhelm him. Gathering around, they were being pushed into him and jostling him about.

He then also recognized that their focus on political issues was waning. They were becoming more intrigued by his physicality than his message as they seized the opportunity to scrutinize him up close. It wasn’t long for the tide to reverse.

“How old are you now, Mr. Mackenzie?”

“How do you stay so young looking?”

“Aren’t you close to a hundred years old?”

Question after question filled the air.

“Where do you keep it, Mr. Mackenzie? Where is this God’s Gift?”

Basher pushed himself between the aggressors and, along with Charley Dumont, created a shield. All of a sudden, a man grabbed Mudd by the right arm and started to lead him away.

“Come with me, Mudd.” Andy Greene spoke hurriedly as he led Mudd toward the side exit.

The riled-up crowd continued to rail as Mudd approached the door.

“It’s not fair you keep it to yourself!” another called out as Mudd exited quickly, patting Basher on the shoulder, and escaped down the street toward the sea with Andy Greene at his side.

With a short piercing whistle, he called out for Shep, who had been waiting obediently outside the front door for his owner to come out. The few townsfolk who’d evaded the human shield and chased Mudd and Andy outside soon lost their zest for questioning and pestering and gave up the pursuit when the large German shepherd came bounding around the corner and down the side alleyway to join his compadre.

“That was incredible, Murdock. I’ve never seen the town so riled and the councilman rattled.” Andy Greene laughed and spoke excitedly, his adrenaline still pumping.

“You sailed the seas of revered and reviled and emerged victorious, Murdock, I’ve never seen the like.” Andy’s face was alive with emotion.

A gift to humanity or a ransom for the inhumane? It’s the secret of life, unlike any we’ve ever known.

Murdock Roam Mackenzie is a man of sentiment and divine origin, who is transformed when he discovers the gift of life itself. Then there’s Father Wilson, pandering to prophecy, speaking to God while arguing with the Devil, all in search of revelation.

When their lives intersect in a small seaside town in the late 19th century, the faint illusion of civility collapses.
Violence, selfishness and secrecy clash with compassion, empathy and progress, as an entire town seeks to unravel the hidden truth behind ‘God’s Gift’.

Born and raised in Northern Ontario Canada, his Mother, Isabel Rose Matheson, from Gravesend, England, (resting place of Pocahontas) his Father, Ronald Ross Matheson, from the highlands of Nairn, Scotland, Matheson grew up on an 80-acre farm, 5 hours north of Toronto. His fondest memories invariably revolve around nature. The peaceful serenade of frogs, their orchestral croaking in the late evening, heard through an open bedroom window as he drifted off to sleep. Or the haunting call of Gray wolves at dusk. Their howling in answer to the lonesome whistle of a freight train as it approached a highway intersection in the near distance. Tracking a moose or hastily avoiding black bears while making acquaintance with all manner of wildlife from beavers to otters, and porcupines to raccoons. As a young boy he traversed the far reaches of the farm, exploring caves, carving slingshot handles, and making bows and arrows from young saplings. An avid reader as a young boy, his author of choice was always Louis L’Amour. As he grew older, he gravitated toward Leacock and Irving.
He currently resides in Toronto where he writes books and songs and is the main writer for children’s book publisher MFP (Magical Forest Press) writing junior novels and storybooks under the pseudonym, Theodore Beres.