Journey to a New Life 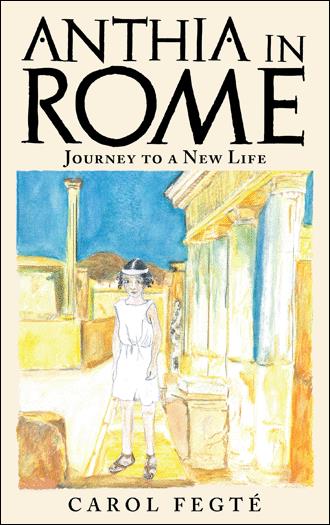 Before me, my house was burning, but I could not really believe what I saw. My house could never burn.
Marius came back to us--in our shock we had both stopped to stare. He roughly shoved us forward.

“On to the beach, young lasses.” Looking back at the flames he said, “You will have new homes now.”

“New homes?” What did he mean. My thoughts were in a tangle. Although I understood the Latin, I had no understanding of the meaning of his words,

“We shall be sold as slaves!” I whispered to Chia, suddenly making sense of it all. “We have been taken as slaves.”

We were led down to our own dock, and in the next hour emerging from the surrounding fields, accompanied by other soldiers, many of our neighbors joined us. Allyra, our near neighbor’s daughter, had a red, ugly slash across her face. Her eyes were open, but she seemed to see nothing.

“What happened to you?” I asked her. Though the soldiers walked up and down to guard us from fleeing, they let us speak.

Allyra acted as if she didn’t know me. Her lips moved. I thought she was whispering to me, so I leaned closer to her so I could hear what she said. It was:

“Thyme, thyme, honey and lime,
Rosemary pinch, twist of mint,
Time, time, turn and flow
Fruit and flower and off we go.”

This was no answer. This was a childhood rhyme.

“What happened, Allyra,” I asked again, my voice thin with fear.
“Shhh, shhh,” a homely woman said. It was Chloe, a slave from Allyra’s house. “Don’t ask her to tell you, missy. Don’t ask.”

Somehow this answer put me in an even greater panic. I leaned back on Chia, suddenly grateful for her “older” presence, and longing for Eugaea. It was certain I needed comfort now.

“Where will they take us?” I asked her.

“How can I know, Little Sparrow,” she answered. “When we get slaves, they just arrive one day on Corcyra. Who knows where they’ve been before they reach our shore. I don’t know, little sister.”

All of a sudden my mouth was very dry. At first I thought I was thirsty, but then I knew that I wasn’t thirsty. I was frightened.

The hot sun beat down on us. After about two hours, the snout of a large, ugly ship rounded the boulders that enclosed our cove. From its sides, two rows of oars bristled, churning the waters of our blue sea into a frenzy of white foam. We could hear a dull gong sounding as the ship neared, and we saw that the movement of the oars matched the rhythm of this gong.

I had never seen such a large Roman ship. At the sight of this wallowing tub, my thoughts flashed back to a night just one week ago. After dinner, we had played a game, my family and I. Here is the game. One or two of us would pick a word, and then, using gestures, we would try to show the rest what our word was. My brothers Polybius and Sosthenes, chose “Roman ship,” and, draping an old cloth around them together, waddled and swayed across the room, bumping into furniture, until we were laughing so hard we could not speak. Indeed, that is the Greek way of thinking of the Roman ships. Unlike the swift and light Greek boats that seem to fly over the waves, the Romans build these huge tubs, and then chain slaves below to bully the ship’s weight through the waters.

Captured by invading Roman Soldiers, 10-year-old Anthia is taken away from her island home in Greece and sold as a slave in Rome, which, at the time, was considered the “center of the world.” Living in a culture her family has regarded as inferior to their own, Anthia struggles to use the Greek values learned at home to shape a meaningful life in busy first-century Rome. In this historical tale, readers are given a window into the life and customs of civilized Greece and pre-Imperial Rome.

Carol Fegté is a retired Waldorf-methods teacher who had the pleasure of sharing the customs and cultures of ancient worlds with her students. She is neither Greek nor Roman, but rather a happy countrywoman living in the California gold rush town of Rough and Ready, where she reads, writes, and enjoys her horse and garden.