The Fun Here Has Just Begun 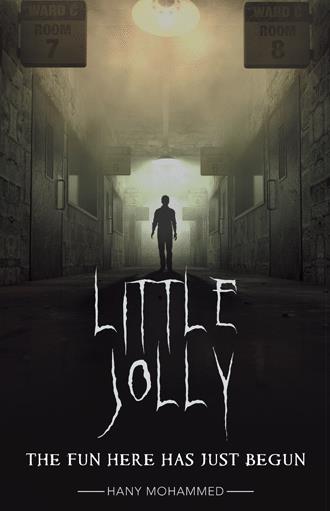 I closed the door and locked the gate behind what they called, ‘hell.’ I did it for the millionth time but this time, it felt different. This time was the last. It was very windy. It was piercing cold, but I could still feel the warmth. The heat, it was as hot as the flames. It was blinding dark, but I could still see the light. The blaze, it was as bright as the sun. It was deafening quiet, but I could still hear the sounds. The screams, they were as loud as the day of the fire. I was walking back to the car. I could feel the bones of my spine shivering in my throat, as I tried to muffle it inside the thin collar of my white shirt. I could see the gusts flurrying in front of me, as I heaved the chills out of my chest. I could hear my black leather shoes slowly tapping on the wet concrete floor of the entrance, as I gloomily stumbled away from the gate. I could hear the keys nervously shaking in the pocket of my navy coat, as I dived my freezing fingers tighter inside. I wished my royal-blue tie could clutch the iceberg warmer until it thawed. I begged my cotton socks to squeeze the glaciers harder until they melted. I dug my hand out of the shallow layer of cotton that buried it and put it on the handle of the car’s door. I looked up at it, the building, and all of a sudden, I believed them when they said, ‘you’re the only one who truly loves this hellhole, doctor!’ I loved my job. I mean, ten years are enough to make hell look normal! They made it familiar. I opened the door, crouched, and sat in the car.
Even the foggy glass of the window, could not stop me from looking at it. It was always loud, crowded with thousands of people and now, it just looked like remnants. It looked older. It looked abandoned. I turned back to the wheel with a sigh that almost honked its horn and slammed the red door shut.
It was not earlier when I felt no chills. The warmth of the seat hugged my back. It was only then when I heard no screams. The silence of the car deafened my ears. But I could still hear my thoughts. They drove with me along the way. They were driving me to madness. And I drove away into the road between the woods.
Every tree I drove past stood to say goodbye. Every leaf mourned and withered. Every rock the headlights unveiled said, ‘farewell.’ Every pebble under the tires quivered. Every time I looked up at the void sky, I saw it getting darker. Every time I looked forward at the desolate road, I felt it getting deeper. My fears dragged me down its narrowing end.
What about Avril? What am I going to tell her? What is she going to say? I thought miserably, weakly, as I sulked at the car’s telephone. What about Sarah?
I was still unconvinced by the new place. That new job the damn government tossed to me like a dog! It felt so unfair. I felt so helpless. After all, no one wanted this place to exist, no one except me. Ten years of work amounted to nothing. Ten whole years of efforts fluttered on the ground in front of me, diminishing into dust before my eyes, my teary eyes, as I slogged back the same way I crossed every day for three thousand six hundred and fifty days. It felt bitter in my chest. It was burning in my heart. And I could not see the road that clear now. It got blurry with tears.
But what about the patients? I questioned myself dreadfully, as I remembered them. I remembered how awful their mental conditions have gotten to during the past weeks. I remembered how feeble their minds have become. I was not going lie to myself anymore, none of them was healing, not even by a whiff, but they were too unstable to be released like that. I remembered that one patient who was admitted to the hospital about seven days ago. They said he was some kind of a public figure or something, but things took a wrong turn pretty quickly with him. They said he kidnapped his daughter from his wife and tied her up to the bed. When things got worse, he … killed her.
Light in the side mirror.
They did not lie when they said, ‘he lost it.’ The man came with a red traffic cone in his hand that he just would not leave. He kept blathering inside the hole he made in the pointed end of the cone, blathering on about something that sounded like the intro of a television show or a radio podcast. He kept repeating something called ‘the Dan talkers’ whatever that meant. I did not think about it much. I mean, there is a reason these people are here, right? He suffered severe, rather violent states of hysteria daily. We saved him from stabbing his veins with a fork twice at dinnertime. He went absolutely bananas.
Headlights in the side mirror.
What medications could cure that guy for God’s sake! I wanted to yell at the face of the sheriff that goddamn gruff face! I did, but it made no difference.
Car!

Isaac wakes in a room inside Little Jolly, an old mental asylum that holds a handful of patients. He can’t remember anything of what happened to him or what got him thrown into this place. Soon, he learns he was the victim of a brutal accident that stole his memory. Followed by this revelation is an odd warning: don’t try to escape or he’ll end up like “Old Johnny.”

Day after day, Isaac submits to therapies and medications. He meets his fellow residents—some friendly, some not, some miserable, and some completely insane. Two particular residents haunt him the most: a little girl and a tall clown. He feels their mysterious presence everywhere and hears their eerie voices in every room. Who are they? What is their story?

For Isaac, the so-called fun has just begun as he begins to realize the full ramifications of his sentence and the horrific truths lurking in every corner of the asylum. As time passes, he might as well not have been warned. Escape was never an option.

Hany Mohammed is an Egyptian author and artist. He is currently studying at university and living happily with his parents, sister, and brother.