Chronicles of the Wisp 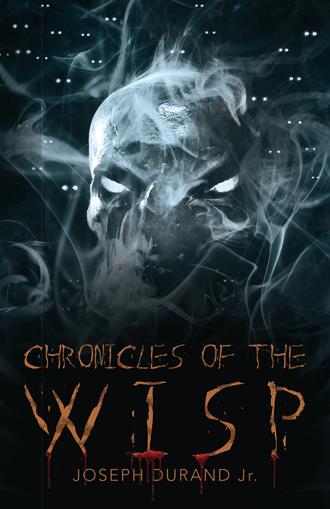 Susan perceives a tug in her abdomen again, as if falling. The room blackens and lightens again. People of the control center exhibit shock as she appears from nowhere. “Her eyes are glowing,” some scream. Clothes from the staff shred from their bodies in a violent storm of cloth. Necklaces and other jewelry fall away. Susan blinks in and out, appearing behind each victim, giving them a swift bite to the neck, though not draining them. Just a bite to paralyze them so as not to raise the alarms. Then, draining each body, not a drop of blood spilled. The bodies lie lifeless and pale on the floor. After several liters of blood, her thirst remains unquenched.

It is 1950 as a beautiful yet fierce woman, formerly known as Dr. Susan Blackmare, enters a heavily-guarded bunker hidden away under a California lake. Inside is a command station and various labs. After Susan hears what she perceives to be a twisted version of history, she enters a cavern and dons special glasses that allow her to see something she has no idea is about to take over her life.

Unfortunately, sinister creatures known as Wisps, have returned to Earth to possess and transform humans by ridding them of their humanity and controlling their every action. Since the beginning of mankind, Wisps have controlled the destiny and future of Earth’s society. Now as Wisps begin to populate Earth again, a battle begins as their victims—that include Susan—desperately fight against them in a valiant effort to save humanity. As the future hangs precariously in the balance, will they manage to find a way or perish trying?

Chronicles of the Wisp is a science fiction horror story that follows a new and evil predator as mankind battles for survival through history into the near future.

Joseph DuRand Jr. has always been a fan of horror, science fiction, and fantasy. In a life full of diverse experiences, he has been a foreign exchange student in Japan, an international flight attended with United Airlines, and now an ICU Registered Nurse who holds a master’s degree and post-master’s certification. Joseph is married with three children.