The Life and Adventures of Alan Gelband 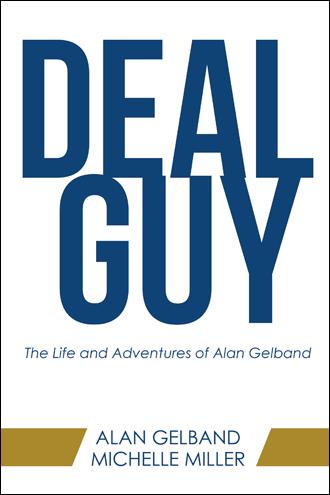 On a cool November evening in 1977, I showed up at the Ambassador East in Chicago to meet my friend Leo for a Saturday night out. The Ambassador East was a restaurant and hotel that was very popular at the time, and when I opened the doors, I was thrilled to discover it was not only full, but full of people I knew and liked. As I made my way in, they turned to greet me, one by one, with these big smiles on their faces, and I was like, wow: this is terrific: this is going to be a great night. Maybe I’ll meet my dream girl. But then I stopped and looked more closely. They were all wearing the same little button on their lapels, and…it had my face on it. Just then, they all shouted: “Surprise!” And I stood there, taking a minute to understand that it was a surprise birthday party. They were all there for me. Three hundred people had shown up for my birthday. And these weren’t just any three hundred people – these were the who’s-who of Chicago - the rich, the beautiful, the cool. All there, ruining their designer outfits with my face on their lapels, raising their (generously-filled) glasses to celebrate me. I was thirty-three and it was quite possibly the greatest I’d ever felt. There I was, a no-name kid from Queens who’d only started working in Chicago a few years before, finding himself important enough to important people that they got together to organize this. And then came! And had a good time! Man, I can’t even tell you how loved I felt that night. Which is what I tried to focus on, from the time I realized what was going on until the time we shut the place down, because I had a horrible feeling it wasn’t going to last. You see, just about everyone in that room was about to lose some money. And it was all because of me. But to understand that, we should start from the beginning.

Investment Banker. Rock band manager. All-women’s brokerage firm founder. Self-help greeting card guru. Cosmo’s Bachelor of the Month. These are just a few of the labels that accurately describe Alan Gelband, in addition to “devoted husband,” “proud father” and “deeply loyal friend.” In this memoir, written on the evening of his 75th birthday, Gelband recounts it all with honesty, humor and searching insight into what the human experience is all about. His conclusion? It really is a crazy ride, and he’s an awfully lucky man.(Movie actor, Executive Producer)

Alan Gelband is President and CEO of Alan Gelband & Co., an independent investment banking firm through which he has closed over one hundred transactions. Born and raised in Queens, life took him to Michigan, Chicago, and LA, where he spent time as owner of a gas station, president of a carpet company, founder of an all-women’s Brokerage firm, film producer, manager of a rock band, and Cosmopolitan Magazine’s Bachelor of the Month, amongst other adventures. Along the way, he traveled the world collecting great stories and even better friends, before meeting the love of his life, Denise, and settling back in New York to start the family of which he is so deeply proud. Alan is an alumnus of University of Michigan’s Ross School of Business and served as President of the Association for Corporate Growth, International. He and Denise live between New York and East Hampton. Michelle Miller left her job at JP Morgan in 2013 to write. Her debut novel, The Underwriting, was subsequently published in sixteen languages and adapted into a television series for Fox. She’s since published two best-selling short story collections, dabbled in essay writing and developed a television series for Amazon. She holds a BA and MBA from Stanford University, and splits her time between London and Asheville, North Carolina, where she was born and raised.