The Adventures of Angel 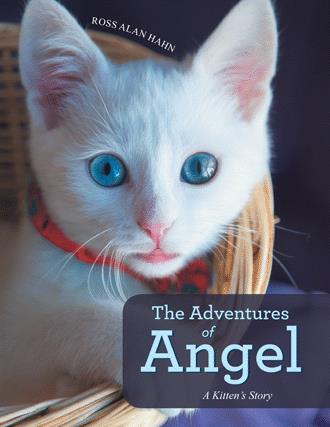 As Angel watched from the window in the loft, the afternoon sun reflected off the snowy meadow. She rooted for the brothers as they took turns racing Calico Girl. Suddenly, a flash of color in the meadow distracted her attention. It was only a few yards from the playing kittens. It was a reddish color. Then, as quickly as it had appeared, it was gone again. Angel scolded herself for losing sight of the game in progress. She cheered as Calico Girl appeared to lose her footing and Jasper passed her at the finish line. The brothers made a celebration as their sister made a fuss. Their mother took everything in stride. If she had her way each of her kittens would win their fair share of games. Then Angel’s eye was caught by another flash. That strange red color was back again. It seemed closer to the kittens this time. Her fur began to rise with apprehension. As a stray cloud blocked the suns glare for a moment, she saw a distinct shape. A shape she had seen before. It was the fox! “Run!” she screamed from the loft but no one could hear her from behind the closed window. Angel’s mind raced. She needed a plan. The sunset would arrive soon. Whatever there was to do, she had to do it now. Angel left the barn and ran through the ever-darkening snow-scape. A white kitten would be hard enough to see during daylight but under twilight conditions, Angel was practically invisible. She was their only hope. But would she be in time?

When Mamakitty’s newest kitten is born, the owners of the New England farm where they live are away on a short vacation, and the kitten comes into the world in the sock drawer of a bedroom dresser. The farmer and his wife return to find the tiny, perfectly white kitten with her mother, and they name her Angel. From then on, Angel has many kitten lessons. Indoors, she learns to walk, where not to take a nap, and that kittens and hair driers just don’t mix. Exploring outdoors, she gets chased by hummingbirds, meets the kittens who live in the barn and learns new games to play. As she grows older and gets bigger, Angel has a series of adventures that teach her about the importance of friendship, self-confidence, and bravery—even in the face of a deadly enemy, a fox. In this novel, a kitten grows from a newborn to adolescence, faces challenges and learns many important lessons while getting to know the amazing world around her.

Ross Alan Hahn lives in mainland Gloucester, Massachusetts, on beautiful Cape Ann. He is an author, performing guitarist, composer, music instructor, and, most of all, a lifelong cat lover. Author photo by Cassandra Lauren Photography.