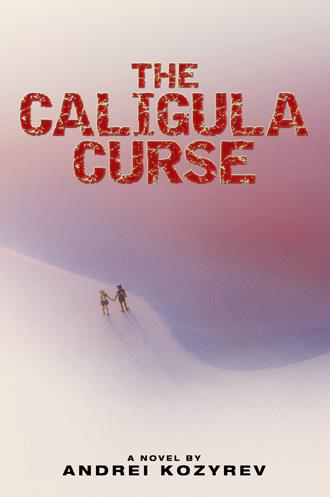 Caesar’s pretorians! I can see their gilded helmets. It’s my death coming! The bright red color of their chitons is soaked with the blood of my siblings!”
“No, my dear. It is your glory coming!” her nanny’s cracked voice suddenly gains power. “My vision is dim, but my mind is clairvoyant like never before. I’ve been waiting for this moment all my life and prepared you for the destiny that is coming to you. Go now to your bright future, and I will go to my grave where the divine currents of Earth will take my soul. Run, Drusilla, meet the gilded helmets, open the door and your mind to the new day!”
Drusilla and her siblings were born in Rome shortly before their father, a Roman emperor, passed away. Their uncle, the succeeding Caesar, dogged them as potential future contestants of his power. He adopted only the youngest kid, a fragile boy. Drusilla escaped and lived in exile with her mother, who soon passed away.
As the soldiers approach, a deep-seated fear drives Drusilla under the old massive wooden table, the only available shelter. Yet down there she would be in the same position her little sisters were when they were stabbed by pretorians. That horrible picture pops up before her eyes, even if it was probably just implanted by her nanny’s account of the gory event. How could the old woman be so sure now that the coming Death is Life?
Loud pounding on the door returns her to reality. No escape. The end is nigh—I will approach it with head held high, she thinks. She flings the door open and, facing the
unexpected guests, involuntarily feels sheepish.
Drusilla had grown up with guilt shrouding her like a tunic. Guilty of the very fact of being alive. She would have perished young, if not for the old woman. The nanny was enslaved in the distant northern woods. The Romans hunted her tribe of shamans like wild animals. She sympathized with the little girl and took tender care of her. The similar fate of undeserved rejection and persecution pushed them to each other even when Drusilla had grown up.
For most of her life the nanny seethed with a desire for vengeance, not against anyone in particular but at each and every human being.
Recently a drifter had passed by their house and told them about a Jew who claimed to be a prophet of compassion and empathy.
“He was your age, 33 years old, and got crucified for his sermon. ‘Love thy enemy.’ A foolish notion. I don’t want you to be naïve prey for the wolves. Be a wolf yourself— climb to the top of state power,” Nanny said, after the drifter left, and repeated her mantra: Homo homini lupus est. Man to man is a wolf.
The nanny hums a rhythmic incantation in her native shaman dialect learned from her father, an outstanding magician. In its basic form the chant has the power to unleash ardent inner currents that run deep in the human spirit, especially the will to live. It could even revive the dead. But an addition of just a couple of secret words turns the remedy into a curse, and a heady concoction of mushrooms called fly agaric, helps to arouse evil desires.
Obsessed with the vengeance the nanny taught Drusilla this black magic too.
“Drusilla! We come to you on the order of the new Caesar!” the commander of the Roman cohort said stepping over the threshold with an impersonal nod. “The glorious Caesar is ready to recognize you as his sister. But a witch from the northern woods is said to dwell with you….”
“You are right, she is a witch. Don’t move. I’ll kill her myself and clean my body and soul with her blood!” Drusilla picked up a dagger from the table and rushed to her nanny, lying supine on a low hay cushion, and bent over her.
Her eyes met the fiery gaze of the old woman and saw approval and joy. “Do it! Clear your path!” the nanny whispered. Her gaze changed to one of pure hatred, and she added, “Homo homini lupus est. Treat your royal brother as I taught you and get revenge on them all!”
The old woman’s eyes dimmed as Drusilla plunged the dagger into her heart.
When she turned back, a miracle happened: the pretorians bowed to her in the most respectful and obedient manner.
“Hail Princess! Allow us to escort you to the palace of our beloved Caesar!”
In Rome, Drusilla found her brother sick but in a benevolent mood towards the pretorians, civil servants and the people. By her order, a skillful merchant traveled to the northern outskirts of the empire and brought back a bevy of supplies, including fly agaric unknown to the Romans. She treated Caligula in accordance with the nanny’s magic and became his incestuous mistress.
The nanny’s prediction came true—following her teaching Drusilla reached the top of power.
Her brother the emperor felt physically strong, but his mood changed too. Capricious and boorish, he insulted people at will and allegedly appointed his horse to be consul of the Senate, whose members lacked the spine to stand up to his abuse.
Gossip about “the Caligula curse” began to spread all over the enormous empire.

Pat woke up with a start, as the vision faded, and her consciousness returned to the cabin of the plane. She was struck by the dream, but after a brief contemplation smiled sadly. What she saw was hardly more than a strikingly realistic animation of a horror tale from her childhood - an antique family legend of the Caligula curse. In her mind the story was bound to her present destination and to hopes and fears related to the land that laid before her, despite it being two thousand years from the era of the ancient Rome and two thousand miles from the Eternal City.

Patricia is a young American doctor who comes to Russia during the raging years of the country’s attempt to create a democratic nation after the specter of Soviet totalitarianism. As an emerging democracy makes everything seem possible, Pat meets a brave security officer named Victor, and they fall in love. However, their romance begins to crumble as the KGB regains power and forges an unholy alliance with a priest and his shadowy cabal, which is but a fraction of an international conspiracy that professes, and practices, centuries-old black magic known as “the Caligula curse.”
The noose of corruption and anti-American sentiments tightens around Pat and Victor. The couple tries to save their love as dark forces seize Russia. Danger arises in America. Powerful conspiracies, an ancient curse, and modern fallacies work against democracy and personal freedom. Pat, her love and friends are in mortal danger.

Andrei Kozyrev was the former Foreign Minister of Russia from 1990 to 1996 and an active participant in the historic decision in December 1991 to dissolve the once mighty Soviet Union. He has been a pro-democracy voice for decades, both in Russia and around the world. Among contributions to The Washington Post, The New York Times, CNN, and other publications, Kozyrev has lectured on international affairs and served on the boards of several Russian and international companies. He is the author of The Firebird, a captivating first-hand account of history-changing events by a Kremlin insider.