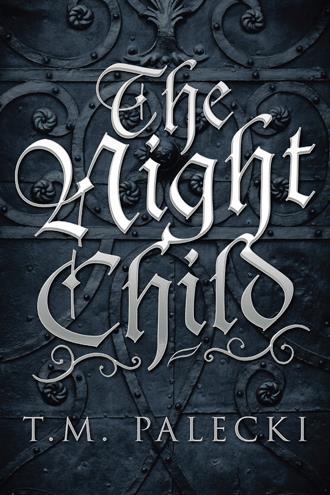 “You are Roan?” Guth did not sound angry or as if he were demanding anything. “I am.” Roan turned his hard glare to the man.” Know this, I will not help you in your quest. For I am no traitor to my people.” Roan’s statement was aimed at his father and his words hit their mark. The skinner stood and swung the back of his hand across Roan’s face. Roan’s head snapped back, his lip split. He remained calm, for the first time, he was not afraid of his father. In fact, he welcomed Beor’s fist, for it only fueled his rage. Roan reached up and wiped the blood from his chin, he looked his father in the eye and spit blood at his father’s feet. “Enough!” Guth stepped forward. “You will restrain yourself or swim!” It was Beor who was the target of his anger, not Roan. Guth looked at the skinner in disgust. Roan could not help but wonder at the way they spoke to one another. It was clear that this man Guth held no esteem for his father, it was there upon his face. Roan found himself wishing that Esta was there to read what emotions were coming from this man. Beor was moved to the other end of the ship by two men who also treated him as if they cared little about the man, and Beor was treated no better or worse than Roan and Landen had been. They were not bound, and not a soul seemed to acknowledge their presence. The other warriors on the ship simply manned their ore and carried out the slow and steady motions that moved the cog through the waters off of Elvoy. Guth spoke to the men on one of the other ships, and it made a slow turn, than sat in the water as if anchored. Roan knew that the boat had been left to watch the island. Guth took his time before he spoke again. After Landen had also been brought to the prow. “I do not wish to harm you or those in your village.” Guth began slowly. “I was told of the seer, and I am in need of her.” Roan laughed. “Need? And for what purpose is this need?” There was a long pause. Guth was weighing his options. To tell this boy of his plight, or keep his secret. Guth shook his head. “It matters little to you I am sure. I do need her. And I do intend to have her. I do not intend to harm her. I swear to release her, as soon as is possible.” Roan laughed. “You expect me to believe that you will let us go? Let her go? After what you have done in our village?” This made no sense to Roan on many levels. This man was a leader who brought his men across the sea to capture a girl he “needed.” For what he knew not. Men, many good men had been killed and many hurt by these warriors that meant to cause no harm. “What is it that you feel Esta could do for you? She is no seer.” Roan tried to sound conversational as if he could not understand why they wanted Esta. “Your father seems to think she is that, and more.” Guth raised a brow. Roan chuckled. “Let me guess. She is a witch? She is this because she has a healer’s touch and an owl she found on the ground as a pet?” Landen looked up at his brother with wide eyes. “Esta’s owl is big. But it is not heavy and it did not hurt me.” Roan smiled at his brother. “She. Mane is a female.” Guth looked at Roan. “Mane? She has named that beast for the moon?” “Beast?” Roan chuckled. “Esta found that bird as an owlet. It is no beast. She raised it. It is as simple as that. She is the daughter of our village midwife and healer. She is learning her mother’s trade and that is all. Now you have taken her father from her, do you believe she would help you now? In anyway? Even if she were this, seer?”

Esta does not give much thought to taking the young owlet home. She can raise it; of that she is sure. The people of her village, on the other hand, find that this confirms what they always thought. The strange girl who seems able to understand what others are thinking and feeling can also tame the wild. The daughter of the local midwife and healer, Esta is seen as something special and perhaps other. It is concluded that she must be a creature of the night, shrouded in whispers of superstition, witchcraft, and magic. Rumors swell to the point of peril, and for Esta, to the point of pain. Tragedy befalls her village with the arrival of outsiders who search for “the seer,” but no one knows to what end. Yes, Esta has been gifted with abilities she has tried hiding from others. Now that her secret is out, she is determined to follow her own fate, on her own terms, deriving power from compassion and insight rather than physical strength alone.

T.M. Palecki, or “Miss Tina” as her students call her, is a twenty-four year teaching veteran of reading, writing and theater. A lover of anything “old world,” she has traveled in the footsteps of her characters, walking through countless castles and ancient forests, finding inspiration in the world where her stories take place.