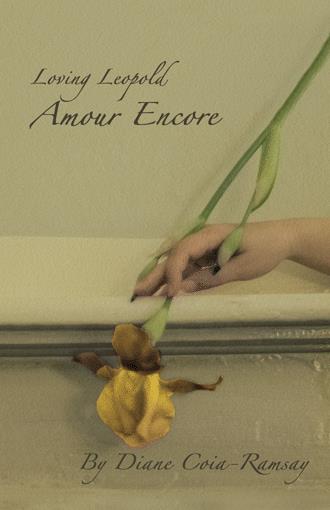 Amalie was by now re-reading Cordelia’s letter, “Oh dear!” She exclaimed and then, “Of course he has; Malcolm McFadden. He is twenty-seven, very tall and handsome with sandy colored hair and blue eyes. But that is not the best of it! Cordelia and Blanche absolutely disapprove of the whole idea. Cordelia says that Annabelle can barely find her way about the East Side, how on Earth will she manage in Texas? Also the whole family live on the ranch which includes two brothers, a mother and a father, the patriarch. He’s the eldest son. They have thirty thousand acres and five thousand head of cattle and Blanche can’t stand him. She says he has no refinement and a brain the size of a walnut!” At this final remark Leopold began to laugh, “Well, my sister is a good judge of character, after all she couldn’t stand me for years! So, sounds like the old man rules the roost, another Scotsman, probably built it all up from dirt and has now sent his son to marry some class. Who better than Annabelle March, on the verge of being left an old maid to join Cordelia and Blanche, although not quite the same thing, of course. I doubt he approves of them either.” Amalie realized what he meant and responded, “Leo, he sounds very innocent and I am sure he is clueless. Anyway, I it seems, have to talk her out of the whole sorry business, since she will never listen to Judith nor to her mother.” “When?” Asked Leopold dryly. And Amalie replied, “They are leaving, oh my, on Wednesday. They will be here in a week! They’ve written to my Aunt as well. The idea being that all should meet up at Blakefield since there is plenty of room.” Just then Bridgette appeared with Leon for his riding lesson with his father. “Papa, we are going to have a real cowboy to stay! I hope he brings me a hat and boots!” As his papa arose, he said, “Yes indeed son, and he’ll be staying in Madame Bridgette’s west wing, along with you and your cousins! Papa might be in London at the time!” Amalie, knew he was kidding about the London part, or at least hoped he was, and although The Marches now had their own suite in the east wing, Judith and Freddie and their ever increasing brood, had never made it out of the west wing. Amalie was excited about the visitors, even in spite of the short notice, and decided upon her husband’s favorite Beef Wellington for dinner that evening, to sweeten him up on the whole idea for which he had shown little, if indeed any, enthusiasm. Leopold, however, knew he was very much on a winning streak when his wife suggested an early night at dinner. She was wearing a very low cut gown and that special little smile she had developed just for him. He was well aware that he was being manipulated, and fully intended to enjoy every minute of his manipulation. The following week was a flurry of activity with the Marches arriving just a day or two after the news to assist with the preparations. Henrietta March was quite beside herself at the thought of her daughter moving to Texas. New York was bad enough, but to her, Texas was on the wrong side of nowhere. She would very possibly never see her daughter again! Amalie felt the sole responsibility of having been chosen to somehow put an end to the whole affair, in addition to sympathizing with her aunt, while Leo and her uncle, were hiding out in Leo’s newly appointed billiards room, taking nothing to do with anything, which was to be expected. The billiard table was yet another of Leopold’s recent acquisitions along with the Wolseley and his black stallion, Caesar. Amalie could tell her husband was a very contented man, even to the point of complacency. He had, after all, an adoring wife, a fine son, a magnificent stallion, a new motor car and now a billiard room which also served as a secondary hiding place, especially when her Uncle March came to stay. Amalie was happy and contented too, even if she now and then, missed the days of her husband’s uncertainty, blowing hot and cold, not trusting that she truly loved him as much as she did, from the moment she first laid eyes on him. When they were alone in their room, Amalie’s blue bedroom, he was once again all hers and although she had no doubt of his faithfulness and love for her, this very confident and successful man, had changed from the man who was once at war with the world. Subtle changes indeed, but changes nonetheless. Leopold would not have argued against his wife’s assessment of him, except to say that she really didn’t comprehend the depth of his love for her, nor indeed the extreme jealousy he felt when another man spoke with her and she would laugh at something he said. Amalie Blakeley, née Bouchard was an extraordinarily beautiful and intelligent twenty four year old woman, whom he had seized upon when she was little more than a girl. If she ever thought him to be inattentive or even complacent as a husband, it came from his need to keep control of his dark side, now well hidden in his prosperity, but still there, deep inside, nonetheless. As Leopold happily challenged his uncle and surrogate father to a second game of billiards, he was fully aware that his wife was ensconced in her new bespoke conservatory with her aunt, and her aunt’s prophesies of doom regarding the impending arrival of the American visitors. However, he had little idea of the commotion and turbulence this visit would bring upon his happy, contented, if somewhat happily complacent, home the very next day, nor the difficulty he would experience in keeping this dark side at bay. 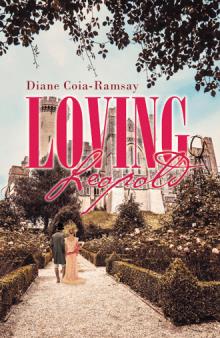 During their first four years of marriage, the Blakeleys have led an idyllic life of love and devotion, passion and romance, and considerable financial success. Their son, Leon, is now three years old and twenty-four-year-old Amalie is restless. Now that she has completed renovations on the rooms in Blakefield Castle as well as its gardens, she feels life in her blue ivory tower lacks purpose and enterprise. Weary of afternoon callers and idleness, Amalie complains to Leopold, whose moodiness has seemingly disappeared now that he has everything he wants and needs. She is desperate for an occupation that will help her feel useful, not just decorative. But everything is about to change when Leopold’s sister and her partner bring a travel companion from Texas to spend the summer at the castle. Although he is practically engaged to her cousin, Malcolm McFadden makes no attempt to hide his infatuation with the beautiful Amalie. While Amalie revels in the attention, Leopold’s dark side reemerges as their good fortune, passion, and perfect existence is threatened. In this continuing historical saga, a newly married couple’s loving relationship is challenged when the summer of 1902 brings an unexpected house guest to their castle.

Diane Coia-Ramsay resides in the U.S. but spent her formative years in the U.K. where she developed a lifelong passion for historical romance and social history. “Loving Leopold - Amour Encore” is the second novel in the series taking place at the dawn of the 20th century. She is currently working on the third book in the “Loving Leopold” series.