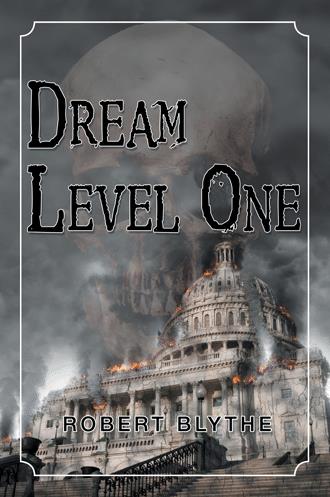 1.
In the very near future

On a picturesque autumn day a light breeze blew over the Potomac River scattering brightly colored red, yellow, gold and brown hued leaves along the gently sloping banks in a spectacular array of natural beauty. Tourists were out in record numbers for the late season and long lines prevailed at almost every point of interest in the city.
The atmosphere, made so enjoyable by the gloriously pleasant weather, seemed to take the tension out of the kind-of-waiting that normally would send tempers soaring over the edge.
The sun shown with a magical brightness through such a clear-blue cloudless sky that only God's palette could ever be credited with the magnificence of color to produce such exquisite beauty.
Songbirds sang their repertoire of love songs back-and forth to one another like a heavenly chorus orchestrated by a choir of angels. A second later the city morphed and became the epitome of hell.
The nuclear blast at the very heart of the nation's capitol spread hellfire and damnation so quickly that buildings generations old were disintegrated instantly in a blinding flash of fiery fury. Men, women and children of every age and description vanished from whence they stood, their flesh vaporized from unsuspecting bodies before the utterance of a single scream; gone before even the realization of death could register on their extinguished minds.
As the familiar mushroom cloud formed above ground-zero, a stillness fell over the city that punctuated the devastation like the first shovelful of dirt thrown over the coffin in a lonely grave.
Allakheem nodded his approval with a wry smile as the dream-disk slid quietly from the digital viewing module's insertion port. He placed the media carefully into a plain-wrapped case marked simply: Abu.

It is a picturesque day in Washington, DC, when a nuclear blast disintegrates buildings and innocent victims in a blinding flash of fury. As a mushroom cloud forms above the city, Ahkmed Mohammad Allakheem, sadistic leader of the worlds most wanted terrorist organization, nods his approval, slips a dream disc from a port, and places it into a plain case marked Abu.
FBI agent John Tower is fascinated by a new trend that invites guests to experience virtual dreams. But just as he is planning to visit one of the businesses promoting the idea, he sees a news bulletin announcing the presence of terrorists in the United States who have just acquired a shipment of nuclear grade plutonium. Little does he know that while fulfilling his dream adventure, his path will cross with those preparing to unleash a holy plan intended to bring the Western world to its knees and leave John to question whether he is living in reality or an alternate world.
In this science fiction thriller, an FBI agent is led down a mysterious path to learn whether he is really the master of his destiny or the figment of a superior mastermind—all while terrorists unfurl an evil plan.

Robert Blythe resides in the Nashville, Tennessee, area with his wife, Leather Rose, where they enjoy music, sport fishing, and all the warm things in life. Dream Level One is his first novel.