A Tale of Talc, Deceit, and Death 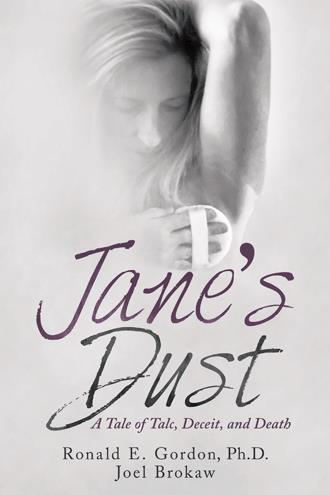 Chapter 8 The propofol that entered the IV catheter inserted in Jane’s hand felt like she was being gently wrapped in a warm silken blanket. The nervousness and tension in her face quickly faded as she drifted off, and all her muscles became slack and servile to the force of gravity. It was at best a brief moment of interlude, the intermission between the onslaught of worry, fear and torturous anxiety in the days leading up to the surgery—and the anticipation of a slow, exhausting recovery that could take weeks or perhaps months. And given the incurable nature of the cancer, every ache and pain would come to be seen in the prism of a death watch. The questioning would begin whether it was temporary or a sign of big trouble ahead. In the days counting down to her surgery, her emotions swung back and forth like a pendulum. When her mind was peaceful and her body offered no impediment, Jane believed in her heart and soul that she would live each day to her fullest, squeezing out every single droplet of nectar. There were stories of miracles in which people got the last laugh at the death sentences the doctors had given, the triumph of the spirit over the flesh. Jane did not want to harbor any thoughts that might diminish the longshot chance of being one of those miracles. But when the pendulum swung to the other side, she was overwhelmed and overpowered by the existential suffering of it all. Was it worth putting her body through this procedure only to perhaps linger in an inhumanely prolonged and severely compromised state of diminishing? In her own parents, Jane had seen how her mother transitioned rather swiftly but still with her cognitive abilities intact, very much the bright spirit until the end. Her father went slowly and torturously, as Alzheimer’s gradually asphyxiated the man he had once been, leaving only a withering, delusional shell. As she looked at her own predicament, anything remotely resembling her father’s story was nothing to repeat, nothing she wanted to put herself or her family through. “How will I come out of this? Will I be a whole person? Or will I be limited to what I can do? Will I have to have oxygen?” These are the questions that everyone asks their doctor before such a surgery, and Jane was no exception. Jane had come in to draw blood and urine for her labs and have one last examination a few days before the operation. Her doctor told her that in a worst-case scenario where they would have to remove one of her lungs, she would still be able to have the trappings of a normal life. She would be able to do normal daily routines, just at a little slower pace. “You may not be able to run after your grandchildren, but you can walk instead.” She then naturally wanted to know what to expect in the immediate aftermath of the surgery. There was no expectation in her mind that this was going to be as easy as her last episode with the hysterectomy. It was all like being at the butcher shop, only she was the slab of meat on the chopping block. He told her again in the worst case how she would be in intensive care for the first couple of days, sedated, intubated and on a respirator. Morphine for the first three days, then opioids for a week or two after that for pain control. Then she would be weaned off the drugs and would focus on her healing and adjusting to any reduced breathing capacity. Her last question did not have such a clear-cut answer. She wanted to know what the chances were that they would have to remove the lung. She knew that the mesothelioma only affected her one side. The other lung and its surrounding tissues were still healthy. But the x-rays, scans and biopsy were not exhaustive proof for him to give her an absolute answer. There was no other option than to go in and make that determination on the operating table. Jane signed a permission form in case they needed to remove the whole lung or a portion of it. To begin the operation, the nurses carefully rolled Jane’s limp body onto her side to give the surgeon the best access to the chest cavity. He carefully positioned his scalpel on her back from about the sixth rib from the top and guided the blade down the chest parallel to her spine, curving outward along the contours of the rib cage. The team hovering over the table stood ready with sponges, gauze and clamps to control the bleeding and keep the area clean and unobstructed. Once the surgeon removed the pleural lining, he was able to see the extent of the disease, specifically the visible tumor growth. He had done enough of these surgeries to judge very quickly and with good assurance if more radical measures were needed. Unfortunately for Jane, it would not be sufficient to remove the handful of small tumors he found and scrape the area. The cancer growth and spread to the lung tissue was clearly evident. There was no other choice than to remove the lung in its entirety. As he stitched up the incision, the surgeon was relaxed enough at this point to start bantering with two medical student observers, who were hovering in the background. “It’s remarkable how long it takes for these tumors to grow. The patient has probably had these for years if not decades, and she was asymptomatic only until recent weeks. But once we do surgery, the timeline changes. Mesothelioma grows much more quickly after surgery.”

Prepare yourself for a horror story of a different kind. This monster doesn’t have claws or carry a chainsaw. Instead, it lurks hidden and disguised in a dusty white powder that we keep in our medicine cabinets at home. This monster is ubiquitous, trusted, and engrained as part of our daily routine for over a century—and it is killing us. Talcum powder has been sprinkled on baby’s bottoms for generations and used in deodorants and a host of personal hygiene products and cosmetic for decades. This monster has been kept alive by lies, deceit, greed, and a thirst for power. Jane’s Dust is a fictionalized account of one woman’s struggle based on over three hundred court cases that have pitted cancer victims against America’s most powerful corporations. Jane is shocked when she ends up with ovarian cancer. But that is only the start. She endures doctor visits, surgeries, chemotherapy, recovered only to develop a life ending mesothelioma. and eventually a lawsuit against the makers of talcum powder. Jane learns the hard way about big business and the lies they use to cover up what they know. Nothing is exaggerated or embellished; this it is the reality faced by thousands of people, some of whom may be family, friends, or neighbors. Every horror story leaves us with a cautionary tale, and this one is no different.

Dr. Gordon is a Professor of Pathology at the Icahn School of Medicine at Mt. Sinai and has an appointment at The Mount Sinai Hospital. He has been studying lung and vascular disease for over 45 years and is one of the world's experts in Electron Microscopy of biologic and human and diseased tissues. He has also been doing analysis of minerals and human tissues for identifying asbestos associated with human tissues diseases as Mesotheliomas, lung tumors, fibrosis and ovarian cancers. Joel Brokaw has worked for over four decades in the area merging media, societal trends, celebrity and transformational thinking. As a writer, he has collaborated on two New York Times bestselling books for Tyler Perry and Florence Henderson. He is the fourth generation in his family to work in the media and entertainment industries. His father, Norman Brokaw, was Chairman of the William Morris Agency.