A Collection of Tales 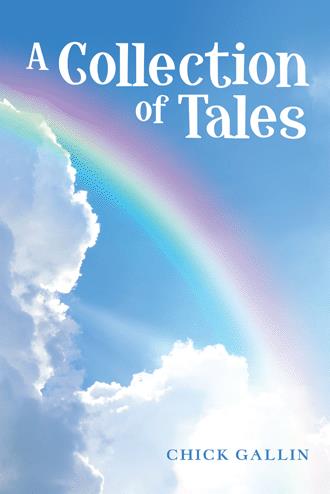 
In the world of tennis there are three very distinct categories, rankings, if you must be clear.
The Beginner, whose efforts leave very much to be desired. As a beginner you have no
“strokes” nor any appreciable “style.” The only thing you have as a beginner is a sense of … hope …
The Intermediate, where your strokes, style and hopes are starting to surface into some semblance of form.
Next, are the Advanced players, that is the ranking when all three facets of the game come together and you play a very decent game of tennis, with a good deal of satisfaction and or pain, because pain is a very integral part of any sport that you engage in.
I am the penultimate Intermediate player, whose ranking fall between a 3.0 and 3.5 with no discernible degree of proficiency . In other words I am a hacker. My tennis game is not so much a “game” but a constant battle with myself, my racket, the ball and lastly my opponent. To say that I have not the most consistent type of game would not in the least bit of exaggeration but the honest truth.
There are times ( mostly all the time ) when my hands and feet are working totally against each other. In a game where hand, feet and eye have to work in concert with each other I fail miserably. I also cannot seem to find the right racket for me. They are either too light or too heavy or the strings are either too loose or too tight. In other words, I am a mess as a tennis player.
I have struggled for many years, trying to gain some semblance of craftsmanship of this game, but as of this moment I remain just another … Hacker …

When an amateur tennis player breaks a string in his racket, he heads to the Pro Shop where he is provided a replacement while they work on the repair. But little does he know that the replacement racket seems to hold magical powers that allow him to play with a daring style and accuracy.
In a volume of five short stories, Chick Gallin shares a glimpse into the lives of diverse characters as each faces unique challenges and experiences. After a gentleman walks up to an ATM to extract cash, he is soon confronted with a black storm that forces him to discern whether he is in reality or a dream. While heading to work with his car, a man sees a rainbow that seemingly bathes him in colors and sends him on a transformative, out-of-body experience like no other.
A Collection of Tales shares five short stories that lead others down an imaginative path where nothing is certain and reality intertwines with fantasy.

Chick Gallin is a US Army veteran, and a former New York firefighter and private investigator. He lived in Brooklyn, New York, before moving to Florida. Gallin is the author of Anything, Nothing, Something, Everything, Anyone, No One, Bullies BEWARE of Johnny Underground, Seeing is Believing, and Anything: An American Mystery.