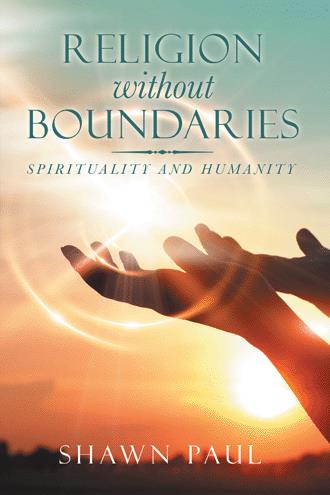 The title of this book “Religion without Boundaries” is thoughtfully chosen to reflect this author’s assertion that all major organized religions, mainly Hinduism and its off shoot Buddhism; Abrahamic religions, Judaism, Christianity and Islam are confined to rules and regulations promulgated since ancient times per tradition and customs of that time and remained fixed. Those instructions and guidelines were attributed to the Prophets as in in the Abrahamic religions or to demigods as in the Hinduism to make it authentic with the results that these rules and regulations were set in stone never meant to be changed. With the passage of time, those writings became outdated in the current society. Science evolved and new awareness emerged, but the rules, regulations and holy books never changed. So organized religions always remained within confined boundaries. The author asserts that all major religions are based on myths, supernatural phenomenon, meta- physical concepts, rituals and questionable sacred texts. Miracles and super human feats mentioned in sacred scriptures defy science and common sense. Blind faith, myths and worship of Prophets and imaginary gods dominate the traditional religions. Going to holy places does not make a person holy. There is more emphasis on creed than deeds. To protest blind faith, many religious scholars like Bart Ehrman became agonistic. Another famous scientist Richard Dawkins became atheist. Numerous humans who are turned off by rigid old religious traditions and rituals either became atheist, agnostics or humanists. To address the lack of reasoning and logic in religion, humanism emerged as an alternative to theism. Humanism is based on critical thinking and evidence over acceptance of dogma or superstition. It views human as solely responsible for the promotion and development of individuals and concern for men in relation to the world. Humanism is a progressive philosophy of life without theism or other supernatural beliefs, affirming our ability and responsibility to lead ethical lives of personal fulfillment that aspire to greatest good of humanity. Organized religion is based on faith, while humanism is based on science. To bridge a gap between faith and science is not an easy task. However, spirituality has emerged as the only rational alternative to address the ethical issues of contemporary society. Spirituality is the true essence of any religion connected with consciousness, morality and integrity of human kind. It is the higher form of human awareness of goodness, kindness and caring concern for others. It is the foundation of humanity. Spirituality goes beyond boundaries of all religions. Spirituality may refer to any kind of meaningful activity, especially a search for the sacred. It may also refer to personal growth, blissful experience, or an encounter with one’s own inner dimension. Spirituality is a sacred dimension, deepest value and the meaning by which people live. Spirituality is self-transcendence, asceticism, and recognition of one’s connection to all. Secular spirituality emphasize humanistic ideas of moral character, qualities such as compassion, patience, harmony and concern for others. These are aspects of life and human experiences which go beyond a purely material view of the world without necessarily accepting belief in supernatural reality or divine being. The individual belief in an organized religion may be very spiritual, but spirituality does not always lead the individual to traditional organized religious system. Thus many people like Deepak Chopra and Bill Gates describe themselves as spiritual but not religious. Similarly it is possible to be religious without having a deep spiritual connection with their faith. One of the biggest difference between religion and spiritualty is that religion is based on past, while spirituality tends to be more about an individual development in the present. Spirituality does not require participation in rituals or following religious laws. Spiritualty is more about inner quest rather than an outward performance. Humanity is the active part of spirituality when one’s own conscious, compassion towards other human beings translate into kind concern for others to do well in the society. Humanity is quality of being human, and having kindness, benevolence, compassion and disposition towards welfare of human kind. Humanity aids and encourage self-reflection and in turn, develop personal consciousness or an active sense of civic duty. Humanity is considered synonymous with humanitarian ideals. Four pillars of humanity and humanitarianism consists of empathy, compassion, altruism and egalitarianism. Further, it is emphasized that each person should be treated as having inherent worth. In humanity deeds before creed is the motto applied. The author has identified three major humanitarian projects. First, there are problems of hunger and poverty in young children resulting in loss of millions of children lives each year. The combined efforts of international aids entities, great humanitarian contribution, and heightened awareness of public to support efforts are to combat hunger and provide basic necessities to all impoverished children. Second project is to establish peace in this planet. This can be achieved if all nations and religions with deep spiritual and humanitarian value join hands with international peace efforts to condemn religious hatred, bigotry and violence and promote peace, harmony and peaceful coexistence. The last, but not the least is concern for our environment and natural resources. We need to preserve rainforest, and equally important is to pay attention to global warming. Good lord has given us this earth planet and provided us resources to utilize wisely so that that only the current generations but future generations will have enough to sustain and survive in peace and prosperity. The world is full of positive and negative forces prevalent in this world. Let us all strive towards positive and spiritual aspects of our lives and follow our deepest value, convictions and commitment towards the development of all human beings through empathy, compassion and concern for well- being of all brethren. This process will help us to develop inner peace and form a foundation of blissful life. This is the hope that this book will inspire all towards betterment of human kind.

All major organized religions are confined to rules and regulations promulgated since ancient times, but with the passage of time, those writings became outdated in contemporary society. Even so, religious rules and regulations remained fixed. As a result, spirituality emerged as a driving force that goes beyond the boundaries of traditional religion. In this book, the author examines how religions have been stifled by their inability to adapt to recent times. He asserts that religion is based on myths, folklore, and supernatural miracles. Spirituality, however, is more about an inner quest. Spirituality emphasizes compassion, patience, harmony, and concern for others. Humanity is the active part of spirituality when one’s compassion toward others translates into a kind concern to do well. To enhance and enrich human life, the author highlights the need to fight hunger and poverty, to establish peace, and to protect the environment and natural resources. Discover practical aspects of spirituality and humanity that will help us achieve a more meaningful existence with the powerful insights in Religion without Boundaries.

Shawn Paul practiced psychotherapy for more than thirty years before becoming interested in the role that religion and spirituality play in living a meaningful existence. He earned a Master of Science degree in chemistry, fuel science, and clinical psychology.