The Magic Ring of Brodgar

Book one: The inheritance 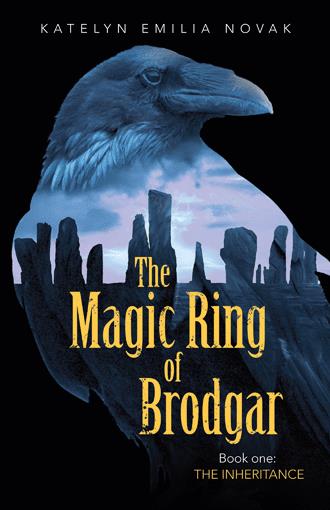 Prologue June proved to be unseasonably cold in Great Britain in the summer of 2016. The last suitcase was packed, and the road ahead for Megan lay to Scotland—home to her ancestors yet unfamiliar to her. Wistfully, she gazed out the window at the rain that had been falling day after day with almost no end in sight. Her gaze passed to her favourite room in the small Chelsea flat, where she had spent much of her life with her mum, until she married her beloved from California and left for America to live with him. The room was bright and cosy; Megan had furnished it herself to suit her own tastes. The luxurious bedroom set blended harmoniously with the delicately creamy wallpaper, creating a soft and light idyll of comfort. It consisted of a large, comfortable bed covered with a soft white blanket, two bedside tables with elegant night lights, and her beloved volume of Shakespeare sonnets—her favourite bedtime reading. There was additionally a white wardrobe—now nearly empty, with many of its contents packed into her suitcases—and a tidy computer desk, with business papers and financial documents neatly arranged on the shelves. Megan was merely nineteen years old when she suddenly found herself all alone in London—a young girl in the midst of a huge metropolis. By the time she had turned twenty-five, she was already an independent young woman, able to cope with all the difficulties life threw her way. She lovingly stroked the big teddy bear propped on the bed, which a former boyfriend had given her as a gift. “Don’t get too lonely without me here. I have some things to take care of in Scotland, but I hope to be back home soon enough,” she said, sighing deeply. Yesterday she received a phone call from Thurso, a small town in the far north of Scotland, informing her that her grandfather, the stern clan patriarch Malcolm McKenzie, had passed away. Since the Middle Ages, this had been a much-revered clan in the North of Scotland. Now Megan had become the sole heiress to the whole of Malcolm’s estate near Thurso. Following a serious argument in the distant past between her grandfather and her mother, Arline, Megan’s mother, went off to London; shortly thereafter, Megan was born. Some twenty-five years had passed since that time, and yet the father and daughter had never been able to reconcile and bury the hatchet. Judging by the fact that Malcolm McKenzie had left his entire fortune to Megan without even so much as mentioning his daughter in his will, it was clear that even on his deathbed he was unable to bring himself to forgive her. Megan knew nothing of this home that her mother had left while pregnant—this home of which she would now become mistress, along with the Scotch whisky distillery that she inherited. She knew only that her grandfather’s death was a painful and terrible loss for her. Now she had to go to Thurso to claim her inheritance, as well as to decide what to do with it further. For some time, at least, she would have to radically break with the comfortable lifestyle she had created in London. Thoughts of selling the McKenzie estate hung over her like a dark cloud, for she had no idea how to cope with this burden alone, in the far north of Scotland. For many centuries, these possessions had belonged to her ancestors, and they had taken such pride in them. Megan resolved to take it one day at a time. Her first and main task for now was to go to Thurso. 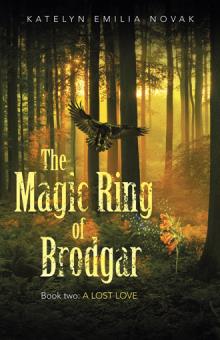 Young and successful Megan McKenzie’s life is turned upside down when she goes to the north of Scotland to claim her inheritance of an ancestral castle. There, she meets her Scottish family—a powerful clan that plunges her into the history of the mystical traditions and beliefs of their land. Unexpectedly, Megan finds loyal friends and worst enemies and falls in love with a handsome and mysterious highlander, Derek. Uncertainty and doubt torment Megan as she struggles to choose between a quiet and comfortable life in London and a life of danger with Derek in Scotland. For Megan, who is afraid of the dark and everything inexplicable, her lover’s terrible secret comes as a blow, plunging her into a world of fear. How much will she have to pay to discern friend from foe, and can she stay true to herself while walking this dark path? Megan and Derek must traverse their way through the labyrinths of fate to find an answer.

Katelyn Emilia Novak has given those who love romance and fantasy sagas a new story. True love, exciting obstacles, an intriguing plot and a beautiful fantasy style will captivate readers and take them on an emotional rollercoaster ride, leaving them craving for more.