Adventures of Married Love and other fantasies 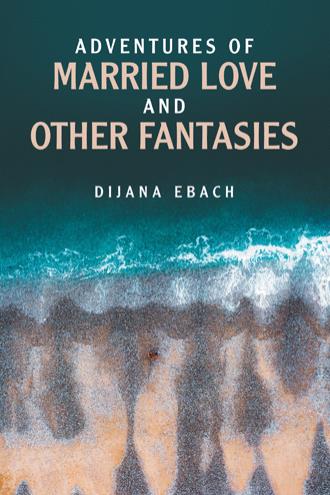 The ground was shaking. Alissa propped her arm against the wall and pushed. She was grateful for the rumble outside. She puffed, heavily.
Are you ok, Hal asked.
Mhm, she breathed.
The bomb hit somewhere close. She lost her balance and swore. Another one, boom! She fell sideways, her stockings and underwear tangled at her feet, her skirt tight around her hips. She felt wetness running down her hand. She has cut it. Or could it be her own shit? She smelled her hand. Thankfully, it was blood.
Are you ok, Hal asked again, scurrying towards her, across the dirty floor.
Stay away, she yelled. I’m fine!
She pulled herself up into a crouch and using her clean hand she reached into the blouse pocket for the single tissue. She wiped herself, folding the tissue over and over, until she had used every last corner of it. The smell was vicious.
Come over here, Hal said.
As if it’s safer, over there. She moved on her knees, her stockings and skin cut in places where crawling has made its mark. She touched for him, and settled on a makeshift bench they crafted yesterday. He hugged her shoulders and she leaned into him. He smelled dirty, she could still tell. Rancid sweat, some feces, maybe blood. He smelled old, she thought.
I fell into my own shit, she whispered.
What?
I fell, she giggled, into my own shit.
She doubled over and howled with laughter.
I fell when it hit, and I fell in my own shit! Luckily, I hit it with my ass!
Alissa convulsed with laughter, loud and mirthful. Hal stayed quiet. He was not watching her, or holding her any more.
This is crazy, he whispered.
She was still laughing, but she reached over and touched for his hand. She took it with both of hers.
It’s just what it is, she said, still smiling.
I know, Hal nodded.
He pulled his hand away, she felt its absence strongly in her hands, clasped and empty. He rubbed his eyes beneath the wide dark frames. She found it ridiculous that he still wore the glasses. One side was completely gone, no lense remained, only the right frame stood intact. He’d said himself that it disoriented him to see clearly on one side, but he kept wearing them.
They couldn’t see anything at night anyway. The basement has collapsed around them days ago, and only at daytime some light would stream in through the rubble. The newly made ceiling was so low that they crawled everywhere, through dust and plaster. They were filthy, their hair and eyebrows white and dusty. Every wrinkle was full of debris.
He looks ridiculous, she thought.
It has been around 10 days since they have arrived here. She wasn’t sure of the count, but she was close. She counted on account of daylight, and she may have lost or added a day when the building came down, but it was in the vicinity of one and a half weeks.
They picked them up during dinner. Their friends Mona and Frank came over that night. Little silly words were said. We need to let our hair down, who will know, you only live once. Power went out the day before and the food in the freezer was going bad anyway. Mona brought a bottle of Grand Cru Brut "Cuvée des Caudalies" that she was saving for a special occasion. Amazing year, she had said. Alissa made rosemary chicken with portabella mushrooms, and even though the rosemary was dry and mushrooms were canned, it turned out well. They lit candles everywhere, thriftiness thrown into the wind, and Frank played the guitar. It was nice. They were sitting in the dining room, and Mona was telling a story. They were in Lisbon, sitting on a patio, when a car came at them, full speed. They just then realised that the patio was set on an actual street, so hard to tell with cobblestone everywhere, and they quickly scrambled to clear the table and move their chairs. The driver sped by, honked and waved a happy hand through the open window. They roared with laughter, and Mona was telling Frank how he was so slow to move, and how he dropped the glass he was holding, and then Frank’s head hit the table.
He just doubled over, and lay there. They were still laughing, eyebrows raised in confusion, not wanting to kill the mirth. Then they went silent. The red puddle quietly spread around Fred’s head, in perfect contrast with the white table cloth. With flickering candles and the pretty dinner set, it looked strangely appealing.

Mysterious forces are destroying entire cities and their populations. Hal and Alissa are a middle-aged couple and the last survivors in their hometown. By sheer luck, they live through an air raid that totals everything around them. To survive, they become people they are not—or at least, people they never realized they could be.

Step one is to dig out of the building they are trapped beneath. Step two is to find food and shelter. Step three is to seek someplace safe, even though they don’t know where safe is or if it still exists. This is now a survival game, played by two unprepared people who are strangers to each other, even after twenty years of marriage.

Hal, the breadwinner, finds himself hapless and weak. His wife, usually meek and agreeable, begins a transformation that is impressive, but also disorienting. Alissa hunts and plans, while Hal stumbles and broods. Left alone in a ghost town, stripped of the safety of civilized society and its distractions, this couple begins to act more honestly than they ever have. Flashbacks of their life together weave a story of love, grief, deception, and acceptance.

Dijana Ebach lives and works in Toronto with her husband and two young children. She is an avid reader and traveler. Adventures of Married Love and Other Fantasies is her first novel.