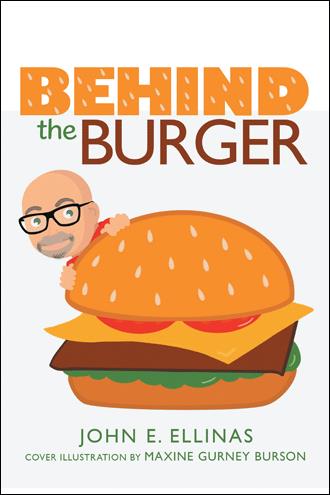 When we closed at 10 p.m., the restaurant was a wreck! We had surpassed sales projection for the day by 7:30 and had no time to maintain cleanliness during the shift. I gathered together the three closing crew members, explained the situation with Phil, and asked who could stay later than usual to help return the restaurant to at least minimum standard. I was pleasantly surprised when they all agreed to remain as late as necessary! At about 2:00 a.m., we called it quits. I was so proud of the crew and told them so. We had focused on the dining room, bathrooms, and front counter area and had made quite an impact.
The crew members, Juron, Latanya, and Alfred, and I exited the building, and while I was locking the door, a man emerged from the hedge line near the door with nylon hosiery on his head and his hand in a paper bag.
“All of ya’ll get the f-- back inside! Don’t make me tell you twice!” he said.
I followed the crew back inside, and prodded by the hard, rod-like object in the robber’s paper bag, began walking toward the rear of the restaurant. I had turned off most of the lights, especially in the kitchen area, as per procedure. As we neared the door to the front line, Latanya slipped down the darkened hallway and into the Ladies room. The robber, however, noticed her attempt to hide and opened the door to the Ladies room.
“Get the f- - outta there or I’ll shoot you right now!” screamed the robber. “The rest of you f- -s start walking toward the back!”
As Latanya came out of the Ladies room, the robber grabbed her by the hair and slung her toward us. She was shaking but mobile. I urged everyone to move as quickly as possible to the darkened kitchen area to avoid any further confrontation.
“Can I turn on the light back here so we can see?” I asked.
“Do it now and head to the f--ing office!” the robber screamed.
“Now I have to reach into my pocket for the key to unlock the office door.”
“Hurry the hell up!” he responded. “Everyone in the office. NOW!”
The three kids and I entered the office quickly while the robber stood in the doorway.
Looking at me, the robber said, “You got thirty seconds to unlock that safe.”
“I am going to reach in my pocket for the safe combination. I haven’t yet memorized it since this is my first day here.”
“I f--ing know it’s your first G-- day! Open the f--ing safe and get all the money out!”
Our safe was in the floor under the desk so I crawled underneath the desk, opened the safe (in time I guess), and removed the nightly deposit.
“Get ALL the f--ing money including the rolled coins. Get the f--ing register drawers out of the desk and put the rolled coins in them!” he yelled. “Grab the drawers and the deposit and let’s get the f-- out of here!”
The crew and I, followed by the robber, walked out of the office and headed toward the dining room. Latanya did not try anything this time and we advanced to the door.
“I need to lock the door,” I said, and the reply was what I expected: “Leave the f--ing door alone, you stupid son of a b--!
“Who does the LTD belong to?” asked the robber.
“It’s my mother’s ride,” muttered Juron.
“Get in the f--ing LTD right now! You drive, and you, white boy mother f--er, ride in front! Move it!”
Juron, Alfred, Latanya, and I entered the car as ordered and the robber settled directly behind me with his gun hand still in the paper bag, directly behind my head. I was certain that we would hit a bump in the road and the gun would discharge! I began to pray that, somehow, we would emerge safely from this nightmare.
The robber gave directions to Juron, and we left the parking lot. Within seconds, the windshield began to fog, severely limiting Juron’s field of vision.
“Turn on the defroster,” muttered Alfred.
I heard a slapping sound, the hand to face kind, followed by “Shut the f-- up! He knows how to drive!”
Juron made no attempt to engage the defroster, and the view through the windshield became more and more clouded. I just knew that we would crash, the gun would fire, and my head would be the recipient of whatever bullet was chambered.
“Turn on the G-- f--ing defroster, you stupid son of a b--, before you kill all of us!”
Juron “woke up” from whatever daze he was in, engaged the defroster full blast, and the windshield cleared almost immediately. Thank the Lord for small favors!
“Turn left in here and stop at the end of the lot. Stop the car, and leave the f--ing engine running!”
Juron followed orders and pulled to a stop at the end of the apartment complex.
“White boy, leave the money on the seat, get the f-- out of the car, and put your hands on the roof. The rest of you f--ers, get out and put your hands on the roof, too, and don’t anybody f--ing move!”
We all complied immediately as the robber exited the vehicle, and while approaching the driver’s side door, he said: “I’m counting to 20 and then I will start shootin’!”

It is late July 1979 when a young man interviews with a relatively new fast-food chain. After he is immediately offered a position as a manager trainee, John never realizes that it is an early warning sign of future chaos. A saner man should have turned and ran.
After he endures training and is promoted to assistant manager, John is transferred to a new restaurant. Excited and pumped for the challenge, he has no idea what is in store for him on his first day. Just as he begins closing the restaurant for the night, a masked man emerges from the hedges, robs the restaurant, and causes an unpleasant ending to John’s first foray in the industry. As he struggles through multiple robberies, corporate intrigue and politics, snow and ice in Atlanta, and questionable decisions from upper management, John somehow finds a way to inject humor into the most stressful and intense situations as he navigates through both good and bad days in an unpredictable business.
Behind the Burger is the intriguing and sometimes amusing tale of a restaurant manager’s experiences as he does his best to survive and thrive through three decades in the fast-food industry.

John E. Ellinas is a native Atlantan and retired restaurant professional of over forty years, thirty of which was spent in the fast food industry. A winner of multiple professional awards, he was known in the industry as an operations expert and developer of restaurant managers. This is his first book.