Down Wind and Out of Sight 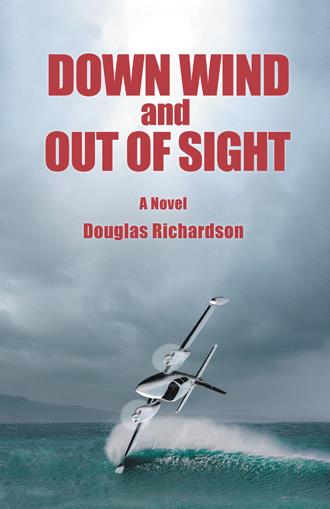 Down Wind and Out of Sight is a genre-bender, both a fast-paced action novel and a nuanced exploration of the isolation experienced by a "found family" of social outcasts thrown together by circumstance on upper Chesapeake Bay. Witty, moving, often dark and often extremely funny, it features an exceptionally original plot and a cast of utterly unforgettable characters. The "Hole in the Wall Gang" leads the reader through a nuanced exploration of social isolation, rural racism, living with autism and the frantic drive to survive, all cast against a backdrop of escalating action that includes plane crashes, laboratory explosions, mysterious massive electrical power surges, murder, and a hapless whale which definitely ends up where it shouldn't.

Down Wind and Out of Sight features an unlikely cast -- Hugh Ullam, an Aboriginal Australian financial wizard recuited to manage a wealthy American's financial affairs and estate on upper Chesapeake Bay, Rickey Bayard, an autistic adolescent savant with a gift for electronics, Nora Dadmun, Rickey's disfigured caregiver, and Trygve Sletland, an ex-con wrongly imprisoned for manslaughter. The "Hole in the Wall Gang's" attempts to live quietly and anonymously, particularly after the estate owner's unexpected death forces them to live on at Bohemia Manor Farm illegally, are complicated by Ullam's constant harassment by two intensely racist State Police troopers, as well as by a series of catastrophic mishaps when Rickey's experiments with underwater acoustical signals go awry.

As intensive investigation by a government task force closes in and the family realizes it must disband, each character confronts a unique personal crisis, all being forced to make decisions harder than they have ever had to make before.

Down Wind and Out of Sight abounds with mysterious questions.

How did an emotionally-damaged group of social misfits come to live secretly – and illegally – on a sweeping northern Chesapeake Bay estate?

Who is this Aboriginal financial wizard holding the strange band together – and what deceptions is he determined to keep alive?

Who is responsible for the spiraling series of bizarre catastrophes – and how many people are going to die?

How long can this ‘found family’ remain “down wind and out of sight” as federal Investigators close in?

This unique novel is both a riveting thriller and a compassionate exploration of how much people reveal when they’re doing their best to hide. Full of wry wit, compelling characters and unexpected twists, the adventures of the “Hole in the Wall Gang” race to a shocking climax, catching you up in a powerful story you won’t forget.

Douglas Richardson is a former Assistant U.S. Attorney, legal counsel for Pennsylvania’s mental hospitals, and an award-winning Dow Jones columnist for over twenty years. In Down Wind and Out of Sight, he combines a deep understanding of human psychology, a wealth of experience in criminal investigations, and the ability to create unforgettable characters.