A Novel of Manolete 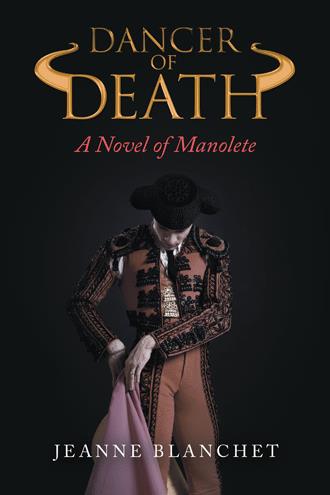 NOTE: Au supplied Word Doc of preferred formatting, found in SIF folder The warning trumpet was about to blast, alerting Manuel that if he didn’t kill his bull soon, it would be removed from the arena alive…a disgrace a senior matador could never live down. Meanwhile, Islero remained still, eying Manuel, who glared at him right back, struggling to remain steady and clear his head after another momentary spell of nausea and dizziness. “Jesus, Manuel! At least take him from the side. Don’t risk a direct kill. Go for the lungs if you have to. This one hooks viciously and has shown himself to be trouble!” shouted Camará. “Careful! Go in from the side. THE SIDE, I TELL YOU!” This time Manuel could hear since the crowd had quieted down, but he stubbornly paid no attention. He had to outshine Luis and prove definitively that he was number one. He would kill Islero the most difficult way he knew of to earn still more accolades. The moment of truth had arrived. He lifted his sword, then carefully sighted over it. Next, raising himself on his toes, with his left hand he shook his muleta. “¡Ah jaaaa, toro! ¡Torito!” As he called out to Islero, Manuel rushed forward and guided the animal’s head into the leftwards-directing rag as he leaned up over his horns to plunge his estoque deep into his morillo. Perfect! It hit its mark right on and began to slide in. Everyone cheered. Then it happened: As the sword glided in between Islero’s shoulders, the vicious beast unexpectedly hooked his head back to the right, jabbing a horn deep into Manuel’s groin. Manuel felt its searing pain as it savagely tore through tissue, severing vital blood vessels. A collective, horrified scream arose from the spectators, many of whom stood up in shock to better see what was going on. Manuel, ascending on the bilious, pus-colored horn, hung in mid-air for a long, terrible moment. Trying to wrest himself off it, he was briefly lifted higher, flung like a rag doll, and finally slammed down onto the sand at the same time that mortally-wounded Islero collapsed in his death throes, his knees buckling under him. 2) Lupe rested her head on her late paramour’s chest and sobbed for several more hours, oblivious to the goings-on around her. She asked permission to marry the famous matador posthumously but was denied by both Camará and the executor of Manuel’s will. Lupe had lost not just any lover, but her true love. It was on that agonizing morning that she realized the full extent of Manuel’s sacrifice. He had given his public first-class entertainment; but he had given her an even more precious gift. He had at last awakened in her—a self-centered woman who hadn’t been able to shed a single tear on the deaths of her own mother and two brothers—the ability to love.

Manolete is a skilled matador trained to kill thousand-pound-plus bulls. Islero is a Miura bull bred to kill men. On August 28, 1947, their paths collide, leaving Manolete gravely wounded. As he lies in a hospital bed and drifts in and out of fitful sleep, snippets of his life, beginning from his early boyhood in Córdoba, flash before him. Traveling back in time, the superstar relives his first bullfight and early struggles to restore his destitute family’s honor, his successful years at the pinnacle of his profession, his stormy relationship with his feisty mistress, actress Lupe Sino, and finally his heartbreaking descent into depression and alcoholism. In this colorful yet tragic story inspired by true events, the fascinating life of a Spanish bullfighter unfolds as he reflects on his journey to become a famous matador.