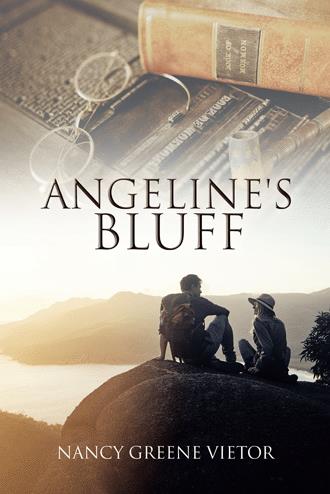 The Prophet had quietly followed Mary Ritter, John Henley, and the presumed owners of the land on which sat the Circle of Stone. He quietly and patiently watched from a safe distance the comings and goings of that nosy archaeologist and her flabby buddy, the historian, as well as the intrusive family with their parcel of hyper brats. His gaze also focused in on the woman at the back of the line. Her jet-black hair and her lithe body had incited a certain arousal in his groin. Even watching her take repeated somersaults off the crest of the bluff added to his sexual libido. But they were too close. All too close. He repeated the mantra in his head, “Urim and Thummim, Lux et Veritas, Urim and Thummim, Lux et Veritas.” His mission was clearly defined. The intruders had to be dealt with. It was time to set the plan in motion.

“Dammit,” Ben Donovan muttered, wiping shampoo from his face and groping for the towel just outside the shower stall, as the phone continued its incessant ringing. He had just finished mowing his lawn and after showering his sweaty body was looking forward to relaxing with an ice-cold beer. To top that off, undoubtedly, the call was surely not about pleasure. Someone needed him to do some unpleasant task or another. That’s the way it always was.

“Ben,” said the police dispatcher. “We just received a 9-1-1 call from out on Mrs. Redding's Trail Road, near Angeline’s Bluff. A young lady has fallen down the bluff. She could have broken bones. She took a good wallop on the head and was unconscious for a while. She’s also got a big gash on her knee.”

“I’m on my way.” said Ben as he hurriedly dressed and jumped into the island’s only ambulance. Ben mostly served as the island’s police detective, working under Police Chief Bob Gallagher. But he was also a jack of several trades, including EMT and the rescuer of injured wildlife. And he had been known to move out to the hinterlands those nuisance animals that invaded residential neighborhoods, stalked small pets, or rummaged through the many overflowing garbage cans.

He covered the usual twenty-minute drive in under fifteen minutes, heading out of town and down Mrs. Redding's Trail Road, where the two vans were readily visible, as were the group of people at the base of the bluff. They were huddled around the person he assumed he was here to tend. He approached the gathering.

“Thank goodness you’re here. She’s regained consciousness, but is in a lot of pain,” stammered Bev.

Ben looked down at the woman lying on the ground. She was in a fetal-like position. Despite her disheveled appearance and torn clothes, he could see a beautiful face clouded in fear and pain.

“You’re goin’ to be just fine,” reassured Ben. “Where are you feelin’ the most pain?”

Kitt attempted a feeble smile and replied, “Just about all over. My head really smarts. My right hand and right foot hurt like hell.”

Ben checked her vision by holding up his fingers, took her blood pressure, and saw that the gash on her knee was probably going to require several stitches. He decided to immobilize her head and neck, then, with help from Mike, lifted her onto the stretcher, and into the ambulance.

Kitt’s level of embarrassment was greater than her physical pain—embarrassment to her family for being such a klutz and bringing the excursion to an abrupt halt—and embarrassment in front of this handsome man, while looking a frightful mess, weak and dependent, traits she abhorred. He was definitely a looker—his swarthy tan, his buffed muscles, and a face so strong, yet gentle. He smelled deliciously good. And those deep blue eyes. She had a hard time looking away.

“So, darlin’, what happened out there,” inquired Ben with a resonant, deep and caring voice.

Not only a looker, but a damn sexy accent! Irish, maybe? Kitt thought to herself. His speech was charming and fluid, like he was reciting a poem. She chuckled to herself, or maybe my mind is still muddled from the fall!

“Well, it kinda goes like this. I was being a noble hiker, not complaining too much about the mosquitoes, flies, and poison ivy, when this monstrous snake crossed my path, hissed at me, and scared the living bejesus out of me.”

Ben couldn’t help but laugh. “Darlin’, we don’t have any snakes on the island. We’re like Ireland, you know—lots of green and no snakes!”

Kitt defensively replied, “Well, I think one very big one swam over here and is making its nest out on the bluff!” Ben just smiled, looking straight into Kitt’s eyes.

Excitement abounds on Beaver Island in northern Lake Michigan. A recent archeological dig has uncovered a mysterious circle of stones like a mini-Stonehenge dating back hundreds of years and undoubtedly the lost sacred grounds of the Odawa Indians. The discovery is made upon the eighty acres of land that the Graham family has owned for generations.

Kitt Graham and her siblings embark on a day’s excursion to the island to share in the community’s excitement over the find and to visit their property with the curious arrangement of stones. The excitement of the trip is a boon to Kitt, whose life is at a standstill. Scarred by lost love and job-weary, she struggles to find meaning but has become cynical, fearful that love will never find her again.

Kitt’s one-day excursion turns into several days when a hiking mishap brings her into the arms of the handsome part-Irish, part-Odawa detective Ben Donovan. Together, they face new love but also become embroiled with a demented killer whose messianic destiny is pre-ordained with the recent election of the first Mormon President.

Nancy Greene Vietor grew up in cities around the Great Lakes. She earned a sociology degree from Miami University and a master’s in urban studies from Georgia State University. Her career spanned several decades as a social worker and Director of Youth and Family Services in Mercer County, Ohio. She and her husband now live in Panama City, Florida. She is also the author of Allerton’s Bloodguilt.