A Memoir of Family Tumult amid Emotional Deprivation, Betrayal, and Divorce 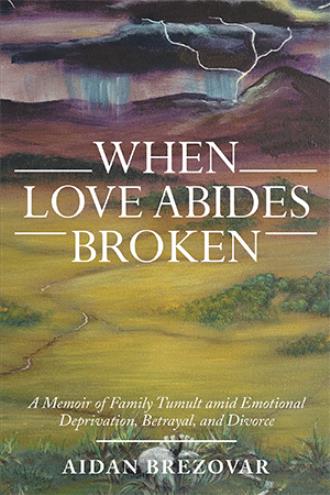 After settling in at the ranch, getting the car's stuck window repaired became an urgent priority. I found the closest Audi dealership in Plano, two-hundred-thirty-five miles south. I planned the trip for Wednesday, July 11. When I mentioned at supper one evening that I was going, Mom said, "I"ll go with you." "Okay," I said. "That'll be fine." I liked the idea of having company. "I don't think you ought to go," Al flashed. "I think it's too much for you." He apparently felt protective about Mom's recovery from the stroke. Loathe to get in-between them, I sanguinely remarked, "Whatever works is fine with me." The conversation dropped. The Saturday before the trip, Mom and I went out for a walk. She told me that Al raised the Plano drive again and told her she should not go. She felt angry because, in her mind, Al permitted her going anywhere with him but disapproved of her going anywhere with me. When she asked what I thought, I told her she could do as she wished; I wanted to stay out of the middle. I felt genuinely open either way. I was the "Mom likes you best" child in the family. Al demanded attention and insisted on controlling his environment and Mom. I decided to remain as sensitive as possible to staying out from in-between them. But when she got angry, Mom became undaunted. My planning had failed to account for that. Later that morning, I heard them arguing. Al was telling Mom not to go to Plano. She told him she wanted to. For the rest of the day Al hovered alone. He told her, "Whatever you people want!" when Mom asked about the lunch menu. During lunch Al passed all serving dishes to Mom first rather than casually including me. He washed lettuce in the sink at lunch's end, delaying dishwashing an hour. He watched TV during supper, which shut down conversation. When I remarked about Al's passive-aggressiveness, Mom responded, "I don't care." The next day, Sunday, tension eased only a little. Al remained cool. Mom simmered. Mom stopped by my bedroom Sunday afternoon and gave me gas money for Plano. "If Al offers you any money for gas, take it. Don't tell him about this.” Passive-aggressive tactics evidently provoked a passive-aggressive response from Mom.

Following his 81year old mother’s stroke, Aidan Brezovar leaves Skyline in the Midwest after thirty years of Catholic ordained ministry there. With the health scare catapulting his mother into a total life review, Aidan’s move to the Lavaro ranch comes at a critical time. Petite, with dark silver hair, a happy, open face, a ready smile, and an Irish sparkle in her eyes, Zoe Lavaro is much more than the “cute little lady” she is thought to be by most people who meet her. She is a shrewd observer of human behavior with a born survivor’s critical eye, hunger for security, and willingness to risk whatever it takes to get her needs met. Brezovar’s mission is to care for his mother at their mountain ranch, but he must also contend with his stepfather, who invited him to come but wrangles with Aidan about virtually everything after he arrives. The consequences of Aidan’s move touch every member of the family. This book is about a family’s struggle to adjust to change, the hidden fault lines that can ruin relationships, and the uncovering of love’s true tensile strength when stressed by emotional deprivation, abuse, jealousy, and betrayal. Brezovar also examines the searing pain brought about by divorce and remarriage. When the dust finally settles, families are transformed.

Aidan Brezovar was born in the Midwest into an ethnic, Catholic family with strong parish roots. Raised to believe that family constitutes life’s bedrock, his worldview was shaken at his parents’ divorce and remarriage when he was in his early twenties. Brezovar spent thirty-five years serving in the Midwest and West as a Catholic priest in university, parish, and diocesan administration settings.