A Family Narrative from the Shoah, with Some Reflections On Its Meaning 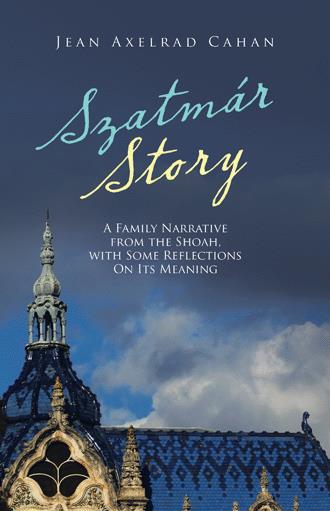 Heavy road work was also done along the Carpathian Mountain passes. My father, as mentioned, was somewhere in Ukraine, doing road work, though his reparations claim statement also mentions the Carpathians. While initially the laborers had fairly adequate (civilian) clothing, in the course of the fall and winter of 1942, clothing and boots wore out as the laborers were driven eastward through long marches and were subjected to unspeakable cruelties. They did very heavy labor outdoors, all day, and received either meager food rations or none at all; not infrequently they were forced to perform “calisthenics” for the entertainment of Hungarian officers at the end of the day. In the course of that winter, many of the Jewish labor service men died. Jewish laborers who had converted to Christianity at some earlier time were often able to avoid service in Ukraine or elsewhere on the front, and received some aid from Christian churches. Jewish aid organizations did manage to provide some supplies, but they were facing enormous difficulties of their own and it was far too little.

It was March 1938 when Hitler first threatened to invade Austria. Two days before a planned vote on a merger with Germany, Hitler again threatened action, subsequently sending a large contingent of SS troops marching into Austria the following day—changing the course of history forever.

In a family narrative that relies extensively on the work of historians as well as unpublished papers and letters, Jean Axelrad Cahan seeks to reconstruct the events and processes her parents experienced during the time leading up to the Second World War, during the Holocaust, and after. Cahan leads the reader through her father’s Viennese family’s experiences as their fate became entwined with that of her mother’s family in Hungarian-speaking Transylvania. They endured the collapse of Austrian democracy, extreme anti-Semitism, and complex international politics. She relates her father’s journey through the Hungarian labor service system and forced marches as the Soviets advanced and the Germans retreated. Her mother and most of the other family members were deported to Auschwitz; only her mother survived that camp. Cahan also recounts her parents’ lives during the post-war Soviet occupation of Hungary. Cahan shares an inspiring glimpse into how two individuals, among many others, managed to survive unthinkable tragedies and challenges with resilience and dignity.

Szatmár Story is a fascinating account of the extraordinary experiences of two Central European families on the eve of, during, and after the Holocaust.

Jean Axelrad Cahan was born in Sydney, Australia and grew up in Montreal, Canada. She studied German history at McGill University in Montreal, and received her doctorate in philosophy from Johns Hopkins University in Baltimore, Maryland. She has taught European philosophy at the University of Nebraska-Lincoln for three decades, and helped found the Jewish Studies program there in 1992.